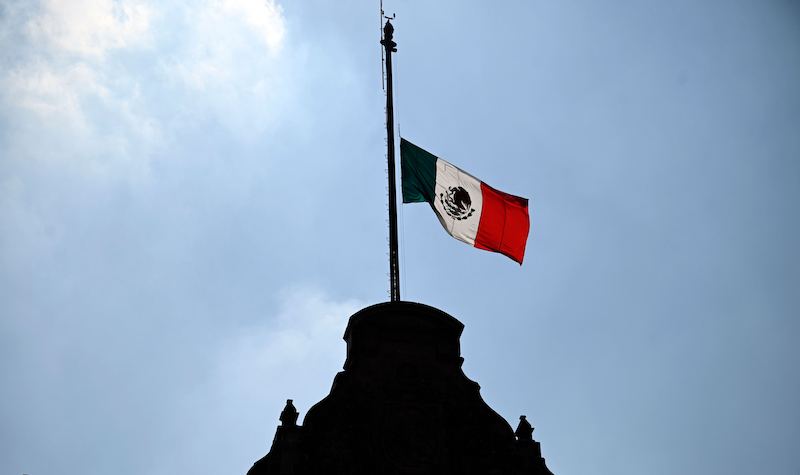 View of the Mexican flag at half mast for the more than 60,000 deaths in the country due to the COVID-19, at the National Palace in Mexico City, on September 2, 2020. - The novel coronavirus has killed at least 857,824 people worldwide since the outbreak last December, according to a tally from official sources compiled by AFP, with Mexico being one of the hardest-hit countries with 65,241 deaths from 606,036 cases. - LEHTIKUVA / AFP

New analysis by Amnesty International has found that at least 7,000 health workers have died around the world after contracting COVID-19. At least 1,320 health workers are confirmed to have died in Mexico alone, the highest known figure for any country.

Amnesty International also recorded high numbers of health worker deaths in the USA (1,077) and Brazil (634), where infection and death rates have been high throughout the pandemic, as well as alarming figures in South Africa (240) and India (573), where infection rates have soared in recent months.

“For over seven thousand people to die while trying to save others is a crisis on a staggering scale. Every health worker has the right to be safe at work, and it is a scandal that so many are paying the ultimate price,” said Steve Cockburn, Head of Economic and Social Justice at Amnesty International.

“Many months into the pandemic, health workers are still dying at horrific rates in countries such as Mexico, Brazil and the USA, while the rapid spread of infections in South Africa and India show the need for all states to take action.

“There must be global cooperation to ensure all health workers are provided with adequate protective equipment, so they can continue their vital work without risking their own lives.”

Finland has had one of the lowest death rates of health care workers due to Covid-19, with two doctors confirmed to have died after contracting the disease.

Figures for countries may not always be directly comparable due to different methods used to collect data, and definitions of health workers used in different countries.

These figures are likely to be a significant underestimate, due to underreporting by many of the countries included in the analysis.

Amnesty International’s new figures come amid widespread industrial action in South Africa. Today the National Education, Health and Allied Workers’ Union (Nehawu) is expected to protest outside parliament, with plans for a nationwide strike on 10 September if demands are not met.

The government has so far failed to meet the demands of workers, which include the adequate provision of Personal Protective Equipment (PPE), active involvement of workers in Occupational Health and Safety (OHS) Committees at workplaces, psychosocial support, transport, and hazard pay for frontline workers.

By early August, at least 240 health workers were known to have died in South Africa after contracting COVID-19. South Africa has experienced a surge in COVID-19 related deaths since July, and there are now more than half a million confirmed deaths in the country as a whole.

India has seen a surge in COVID-19 cases in the last few months, with over 3,690,000 confirmed cases across the country, and over 65,000 deaths. Figures from the Ministry of Health reported in the media last week state that over 87,000 health workers have been infected, and 573 have died. Over half of the health worker deaths (292) occurred in the state of Maharashtra.

Health workers in India have been raising concerns about safety. In August, hundreds of thousands of community health workers (ASHA workers) went on strike to demand adequate PPE, better pay and just and favourable conditions of work.

In Mexico, the official health worker death toll is a staggering 1320. As of 25 August, the Mexican Ministry of Health confirmed 97,632   cases of COVID 19 among health workers.

There have been reports that hospital cleaners in Mexico are especially vulnerable to infection. Many cleaners in health settings in Mexico are outsourced, which means they have less protection. In May Amnesty International documented the case of 70-year-old Don Alejandro, who works as a cleaner in state hospital facilities in Mexico City. Don Alejandro told Amnesty International he had requested to be re-assigned to clean in administrative areas, due to his risk profile for COVID-19, and that his employer granted this request but reduced his income by approximately 16%.

Amnesty International highlighted the fact that the Mexican government has been keeping a detailed registry of health worker deaths, with disaggregated data on age, gender and profession. Such transparency is essential and all countries should be making this kind of detail available; it may also go some way to explaining the disturbing figures from Mexico relative to other countries. 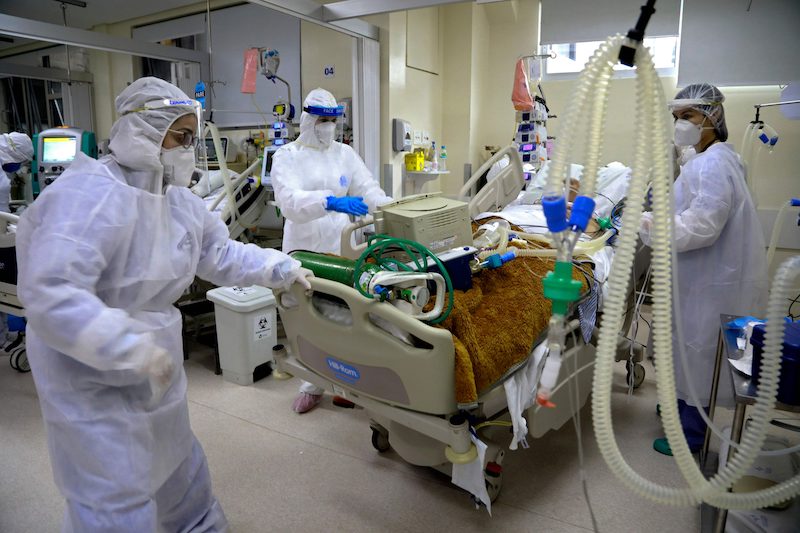 A patient infected with COVID-19 is treated at the Intensive Care Unit of the Santa Casa de Misericordia Hospital in Porto Alegre, Brazil, on August 13, 2020. - The occupancy of ICU beds by COVID-19 patients has risen and reached the highest mark since the beginning of the pandemic in Porto Alegre, where only a 9.4% of UCI beds remain empty. LEHTIKUVA / AFP

Lack of PPE and clear protocols in Brazil
In Brazil, at least 634 health workers have died from COVID-19. According to Associação Brasileira de Saúde Coletiva (ABRASCO), a health professional association, health workers have complained about insufficient PPE, a lack of clear protocols to manage infections, the absence of mental health support, minimal social protection for family members, and precarious contracts for those recruited on an emergency basis.
“We are calling on all governments to take urgent measures to protect the lives of health workers. As well as increasing the supply of protective equipment, they must listen to health workers who speak out about their working conditions, and respect their rights to organize,” said Steve Cockburn.

“Throughout the pandemic governments have hailed health workers as heroes, but this rings hollow when so many workers are dying from a lack of basic protection.”

Working with a data scientist, Amnesty International regularly reviews and collates data related to deaths among health care workers from multiple sources. Sources include memorial pages, government figures, lists compiled by national medical associations, and lists and obituaries published in media around the world. All sources and explanatory information are available on the online interactive map.