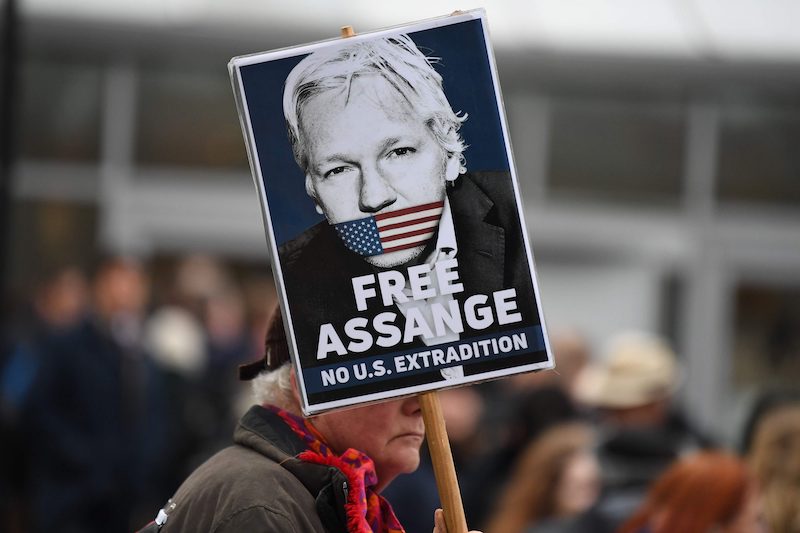 The hearing will decide on the Trump administration’s request for Julian Assange’s extradition to the US, where he faces a sentence of up to 175 years for publishing materials that document possible war crimes committed by the US military.

“This hearing is the latest worrying salvo in a full-scale assault on the right to freedom of expression. If Julian Assange is prosecuted it could have a chilling effect on media freedom, leading publishers and journalists to self-censor in fear of retaliation,” said Amnesty International’s Europe Director, Nils Muižnieks.

“If Julian Assange is extradited it will have far reaching human rights implications, setting a chilling precedent for the protection of those who publish classified information in the public interest.”

The US extradition request is based on charges that stem directly from the publication of classified documents as part of Assange’s journalistic work with Wikileaks. Publishing such information is a cornerstone of media freedom and the public's right to access public interest information, and must be protected rather than criminalized.

In the US, Julian Assange could face trial on 18 charges, 17 of them under the Espionage Act; and one under the Computer Fraud and Abuse Act. He would also face a real risk of serious human rights violations including detention conditions that could amount to torture or other ill-treatment, including prolonged solitary confinement. Julian Assange is the first publisher to face charges under the Espionage Act.

The fact that Assange was the target of a negative public campaign by US officials at the highest levels undermines his right to be presumed innocent and puts him at risk of an unfair trial.

“The UK must abide by its obligations under international human rights law, which forbid the transfer of individuals to another country where they would face serious human rights violations,” said Nils Muižnieks.