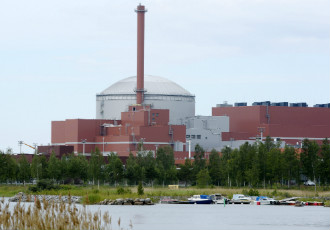 Teollisuuden Voima (TVO) and Areva bickered at one another on Monday over an updated schedule for the completion of construction and start-up of a third unit at the Olkiluoto Nuclear Power Plant in Eurajoki, Satakunta.

Areva on Monday revealed that it expects to complete construction on the site in 2016 but reminded that commissioning the new unit will require an additional two years. As a result, the third unit is not expected to generate electricity to the national grid until the end of 2018.

The fact that the French plant supplier agreed to issue an estimated completion date for Olkiluoto 3 was news in itself. Over the past few years, TVO has criticised Areva for its failure to issue a schedule for the project despite a number of requests. It has even been suggested that the third unit may not be completed at all.

The Finnish plant operator said on Monday that the proposed schedule is hard to accept.

Jouni Silvennoinen, the head of the Olkiluoto 3 project at TVO, expressed his bemusement at the late start-up date, pointing out that progress has been made in the construction and that both stakeholders are aware of what remains to be done.

In addition, Silvennoinen said he hopes that the supplier is willing to sit down to discuss measures to tighten the schedule, particularly in the commissioning phase.

Virginie Moucquot-Laiho, the head of communications at Areva Finland, explained that the French company wanted to issue a deadline that hopefully can be met.

She also assured that Areva is prepared to sit down with TVO to discuss the final stages of the project. “We are always ready for co-operation, but we want the buyer to recognise their responsibility. It is possible that the unit may be ready before the end of 2018,” she said.

In the commissioning phase of the project, Moucquot-Laiho reminded, the responsibility lies primarily with the buyer, despite the fact that formal delivery will not take place until the unit has been connected to the electricity grid.