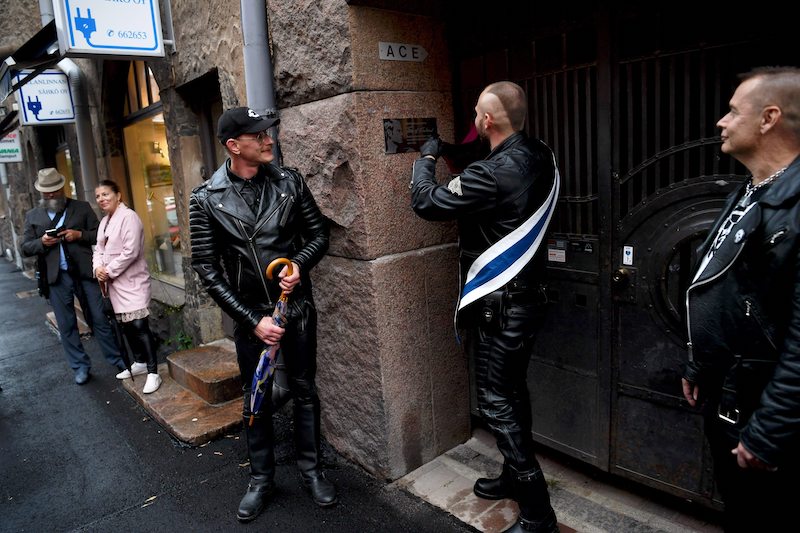 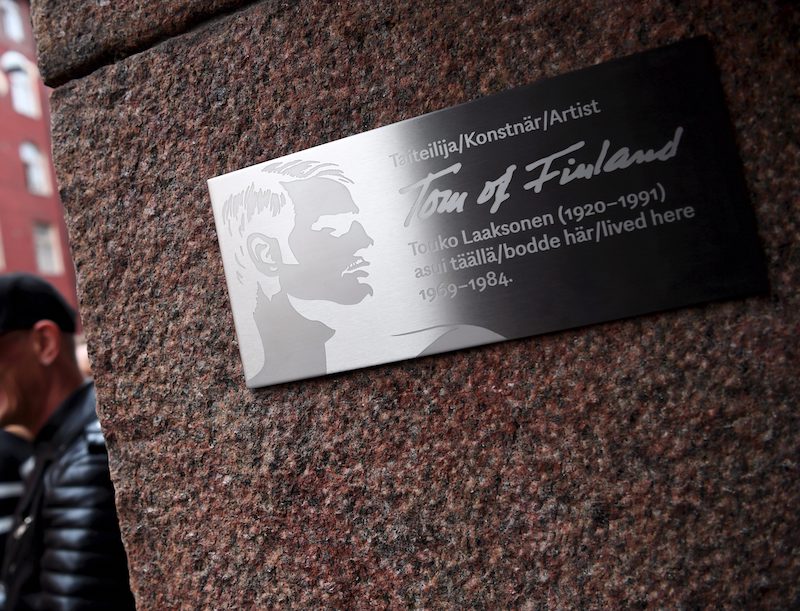 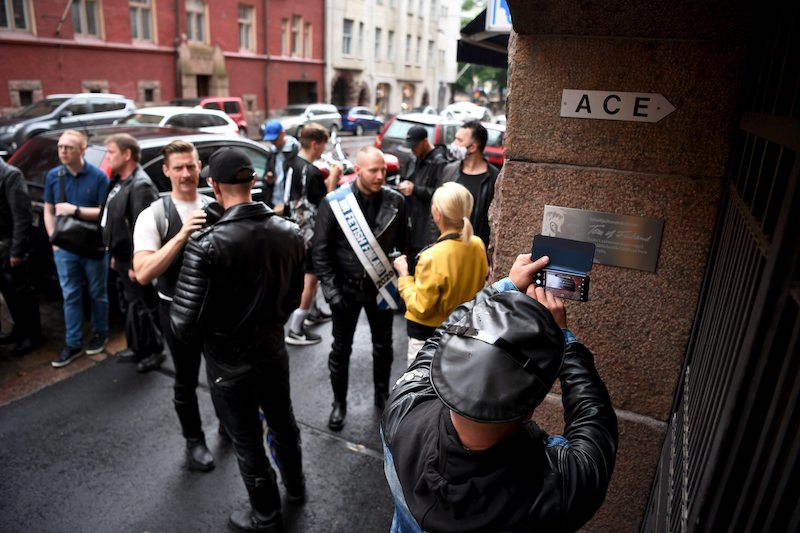 The plaque unveiling was organized by MSC Finland, a fetish group that has celebrated and promoted the artistry of Tom of Finland in Helsinki for more than 30 years. In attendance at today's unveiling was Mr. Fetish Finland of 2020 and members of MSC Finland, as well as fans of his life and work.

Tom of Finland made an international name for himself producing his unique style of homoerotic art in the 1960s and 1970s, which received a positive reception in artistic and queer communities in New York, Los Angeles, and San Francisco. Today his work is protected and promoted via the Tom of Finland Foundation, a non-profit that is headquartered in his former home in the Echo Park neighbourhood of Los Angeles.

Laaksonen (1920-1991), lived at Tehtaankatu 7, where the plaque was unveiled, from 1969-1984. It was during this period where he was most prolific, producing some of his most well-known and celebrated works. The artist was also honoured with a pop-up exhibition of his posters at Alakulttuurikeskus Loukko.