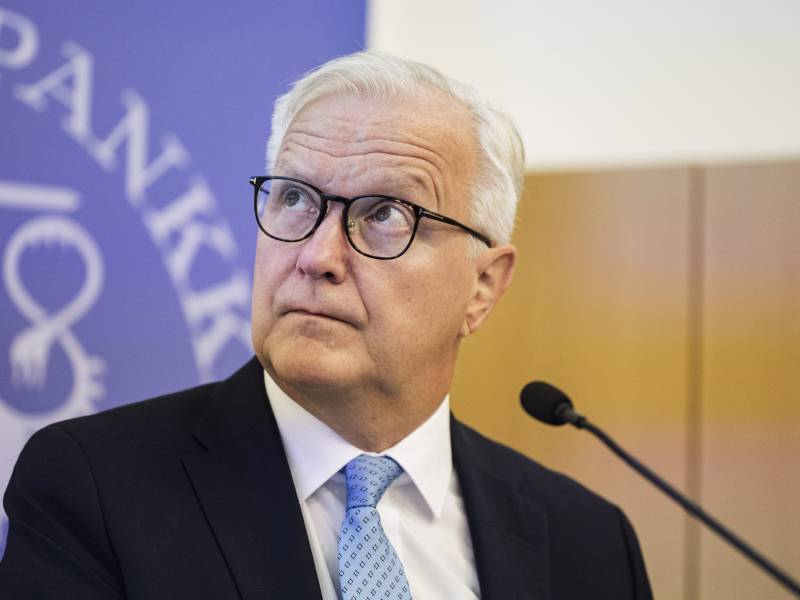 Olli Rehn, the governor of the Bank of Finland, reacted at a press conference on the economic and monetary-policy outlook for the eurozone in Helsinki on 29 September 2022. Rehn stated last week that the erosion of the economic situation in recent times has increased the risk of a recession and even stagflation in the monetary union. (Roni Rekomaa – Lehtikuva)

OLLI REHN, the governor of the Bank of Finland, estimates that the economic situation in the eurozone has deteriorated notably this autumn, adding veracity to the risks highlighted by the European Central Bank (ECB).

“Due to unusually high uncertainty in energy supply, the likelihood of the recession and even stagflation recognised in the risk assessment has, in my view, increased substantially in recent months and weeks,” he was quoted saying at an event hosted by Citigroup in the US on Friday by Helsingin Sanomat.

The ECB in September estimated that the eurozone economy could contract by 0.9 per cent in 2023 if Russia suspended the sales of natural gas and sea-transported oil to Europe and Europe failed to find alternative sources for the supply. The projection is also based on the assumption that uncertainty and raw-material prices will remain high, trade will decline, and financing conditions will erode compared to its baseline forecast.

“The biggest problem currently is too high inflation. We have both a driver and anchor [for inflation]: energy is the key driver of inflation in the eurozone, whereas moderate wage inflation functions as the anchor,” said Rehn.

Central banks have sought to rein in inflation by tightening their monetary policy, a move that slows economic growth because companies respond to the rising cost of borrowing by reducing investments and households by limiting spending.

Inflation in the eurozone picked up to 10 per cent in September.

The ECB raised its reference interest rates by 0.5 percentage points in July and 0.75 points in September. Its governing council indicated early last month that the reference rates should be raised even higher, making financial markets all but sure that another 0.75-point hike will be announced in late October.

Rehn said the central should tread forward on its path of tightening to keep inflation expectations in the medium term near the two-per-cent target.

Jan von Gerich, the chief analyst at Nordea, told Helsingin Sanomat last week that the risk of stagflation has clearly increased in the eurozone, in part because of the actions taken by the ECB.

“The tightening of monetary policy is, together with the energy crisis, one reason for the slowing economic growth, but on the other hand it’s necessary to bring inflation under control. It remains to be seen to what extent unemployment, which is part of stagflation’s definition, will rise in the eurozone,” he said.