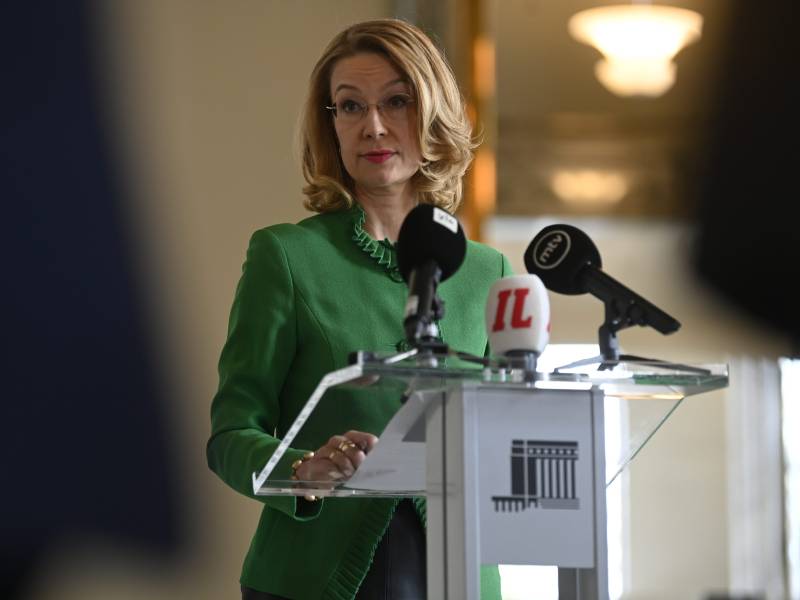 MINISTER of European Affairs and Ownership Steering Tytti Tuppurainen (SDP) reiterated on Thursday that the Finnish government will not consent to the terms imposed unilaterally on payments for natural gas by Russia.

“We won’t agree to the demands of Russia,” she declared in the Finnish Parliament.

Helsingin Sanomat reported yesterday that the position may result in the halting of natural gas deliveries over non-compliance with payment terms when the next instalment is due, as happened earlier this week to Bulgaria and Poland.

Russia has demanded since the beginning of the month that natural gas buyers from “unfriendly countries” set up both foreign currency and rouble accounts with Gazprombank, the financial arm of Gazprom. The buyers can deposit payments to the foreign currency account as usual, in euros or dollars, for example, but the bank has to convert them to roubles before transferring them to the state-owned gas giant and formally completing the payment.

“Uniper is a German company. It’s listed on the stock exchange in Germany and follows German law. The company has high-level dialogue with decision-makers in Germany,” she stated to YLE.

Uniper has decided to comply with the new payment mechanism. Tiina Tuomela, the chief financial officer at Uniper, said to The Financial Times that the arrangement is lawful in light of the current sanctions regime.

“We consider that the amended payment process complies with the sanctions law and so the payments are possible,” she said.

The European Commission on Thursday sought to clarify its position on the issue, after somewhat mixed messaging. Its officials repeated several times during a media availability that member states are violating the sanctions only if they make payments for natural gas with the new arrangement prescribed by Russia.

Information collected by the commission suggests that 97 per cent of companies have specified that payments must be made in euros or dollars in their contracts with Gazprom.

“What we cannot accept is that companies are obliged to open a second account and that, between the first and second account, the amount is in the full hands of the Russian authorities and the Russian Central Bank, and that the payment is only completed when it is converted into roubles,” a spokesperson said.

“This is absolutely clear circumvention of the sanctions.”

The European Commission has also stressed that it is up to the member states to ensure companies comply with the rules governing sanctions.

Tuppurainen on Thursday said she hopes the commission issues clearer guidelines on the issue as soon as possible to make sure the 27-country bloc can stand united. A decision of some kind is expected when the union’s energy ministers convene on Monday.