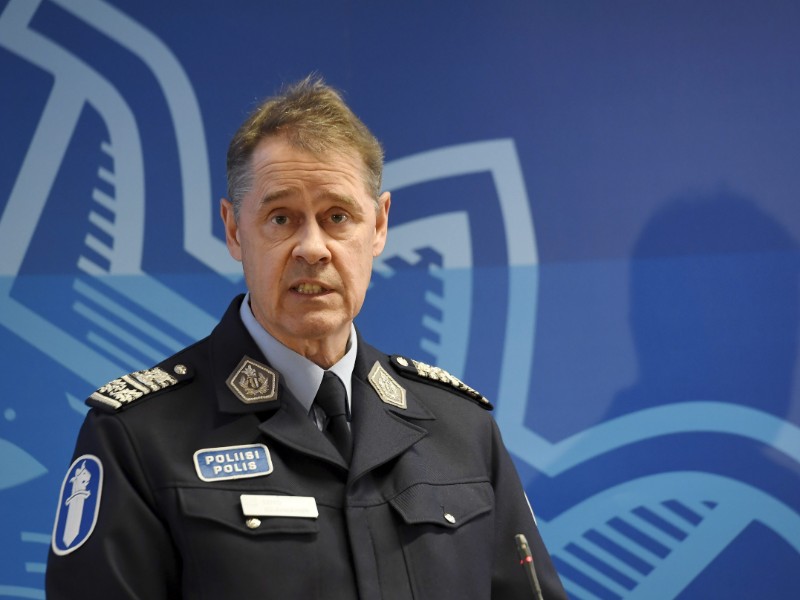 National Police Commissioner Seppo Kolehmainen has voiced his reservations about the idea of de-criminalising drug use. (Markku Ulander – Lehtikuva)

NATIONAL POLICE COMMISSIONER Seppo Kolehmainen has expressed his reservations about the idea of de-criminalising drug use in Finland.

Over 50,000 Finns have backed a citizens’ initiative for de-criminalising the use and possession of small amounts of cannabis, ensuring the initiative will be discussed in the Finnish Parliament. Maria Ohisalo, the chairperson of the Green League and Minister of the Interior, confirmed last week that the ruling party would also de-criminalise the use of other drugs but uphold penalties for drug trafficking.

Kolehmainen on Saturday warned that the de-criminalisation would lead to an up-tick in crime and, possibly, pro-drug attitudes.

“Of course we’re worried about the possible impacts of this kind of de-criminalisation. The reality unfortunately is that drugs and drug-related offences are in the hands of organised crime almost without exception,” he said.

The Finnish Police Federation has similarly voiced its concern about the de-criminalisation of drug use, even though it has no official position on the issue, according to chairperson Jonne Rinne.

“We really do see drugs and other similar things in our work, and our members’ stance is that the negative effects of drugs are real. Because we can see the situation out in the field, this isn’t an ideological issue for us. Because we see the negative effects, we know police won’t be raising their thumbs in this case,” he stated to Uusi Suomi.

The Green League has also come under criticism from policy makers for its liberal position on the issue.

“I think Ohisalo should resign,” declared Veikko Vallin (PS), a first-term Member of the Finnish Parliament who is also known as the Trump of Tampere. “The reason is her open pro-drug stance and attempts to outright market drugs to young people.”