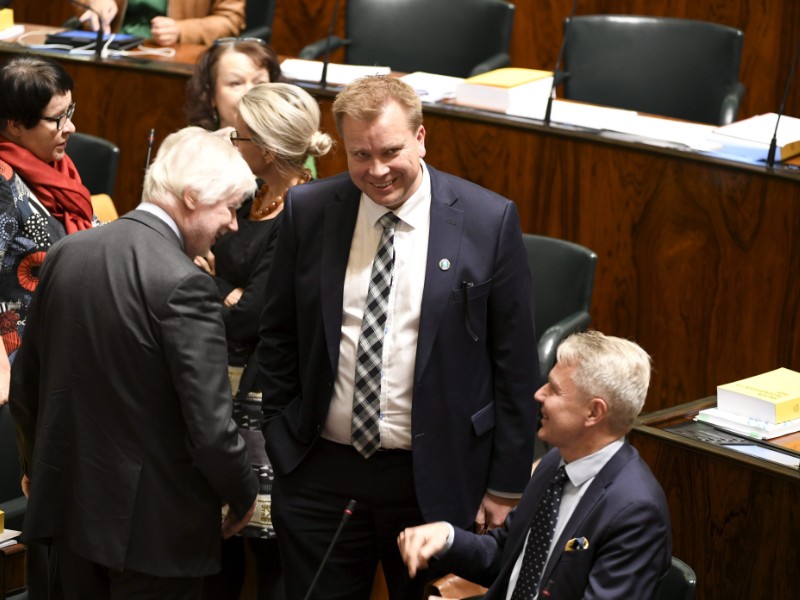 CLIMATE ISSUES should be high on also the agenda of the Nordic Council, views Erkki Tuomioja (SDP), an ex-Minister for Foreign Affairs.

Tuomioja was the head of the national delegation to the meeting of the regional body for inter-parliamentary co-operation in Stockholm on Tuesday, 29 October, reports on which were dominated by Greta Thunberg and Mikko Kärnä (Centre).

He reminded last week that the effects of global warming are felt particularly in northern regions. “An overall [temperature] increase of 2°C would mean an over 4°C increase [in the Arctic],” he said in a joint interview with Kauppalehti and Uusi Suomi on Friday.

The Nordic model, he estimated, provides a socially just way to transition towards sustainable development.

“We only have very, very little time to do it, because it’s not like we’re stopping climate change but simply mitigating it,” he reminded.

Thunberg, a 16-year-old climate activist from Sweden, received media attention for turning down an environmental award from the Nordic Council, arguing that the climate movement must move on from awards to concrete actions.

“The climate movement does not need any more awards,” she wrote on Instagram. “What we need is for our politicians and the people in power to start listening to the current, best available science.”

Kärnä, a first-term Member of the Finnish Parliament from Lapland, subsequently crossed the news threshold by calling the teenage climate activist a “brat” – a choice of words he later apologised for – and labelling her refusal to accept the award “a shameful political performance”. He later revealed that he received 12 death threats after criticising Thunberg.

He also voiced his disapproval with the lack of non-vegan options on the menu by sitting out the plenary session in what he called a climate strike.

“We were only offered vegan food at the awards ceremony. I don’t approve of this kind of ideological drivel. I’ll file an initiative for mandatory local meat or fish option,” he declared on Twitter.