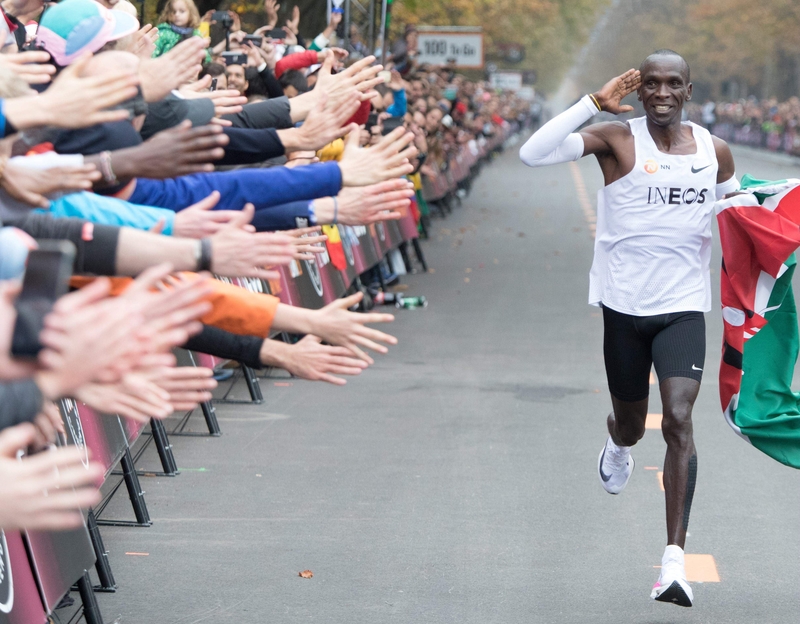 IN TODAY'S BEST PHOTOS from around the world, we leading the Kenyan athlete Eliud Kipchoge crossing the finish line in Vienna to become the first person ever to complete a marathon in under two hours. We also have an anti-Brexit protest in London, wildfires in California, and Trump boarding Air Force One.

Kipchoge completed the marathon with an unofficial time of one hour and 59 minutes, but since the run was not part of an open event it will not count towards the official world record. The feat was achieved with the help of 41 in-and-out pacemakers.

You can see more photos from today by scrolling down. 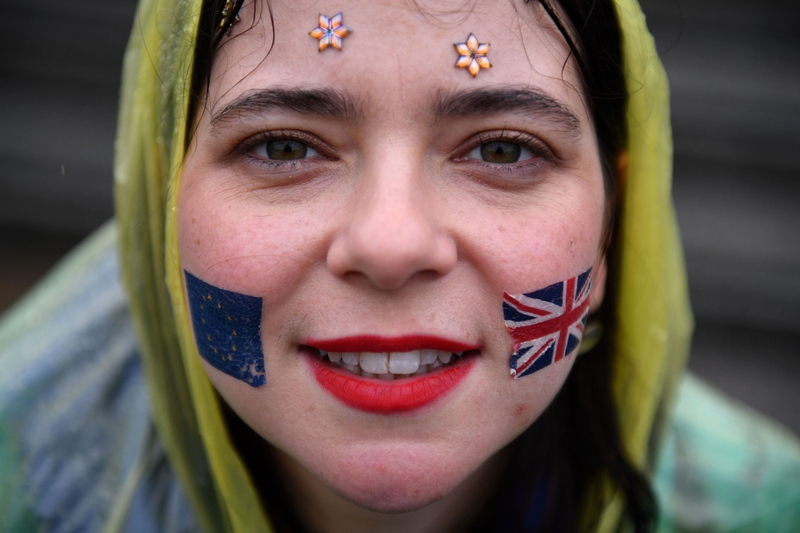 A pro-EU demonstrator at a protest in London on Saturday, where British citizens living in the EU gathered to demand a second referendum over three years after the Brexit vote. 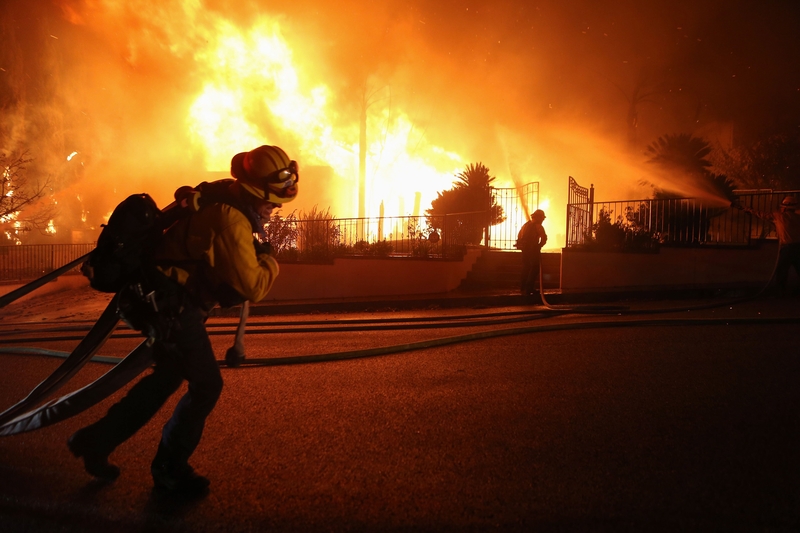 Firefighters tackle a blaze in Porter Ranch, California, hours after the Pacific Gas and Electric Company shut off power to much of the state in an attempt to reduce the spread of wildfires which have now become a regular occurrence. 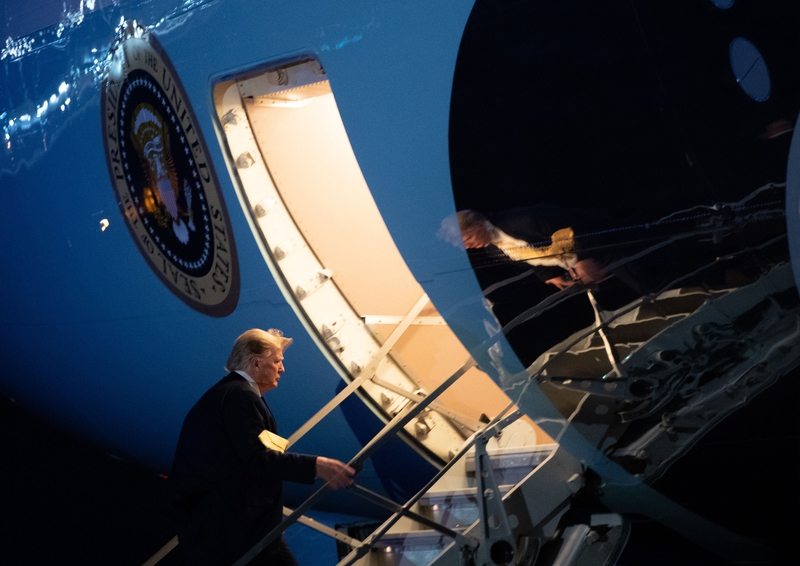