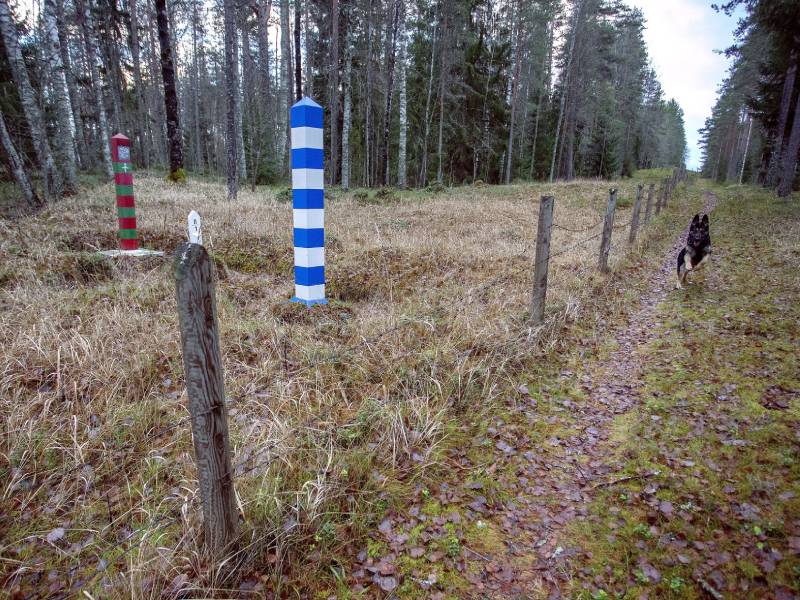 A barbed wire fence along the border between Finland and Russia in Imatra, south-eastern Finland, in November 2021. The Finnish Border Guard states in a recent report that up to 20 per cent of the 1,300-kilometre border should be fenced to beef up border security in the new security environment, reports Uutissuomalainen. (Lauri Heino – Lehtikuva)

THE FINNISH Border Guard states in a recent report that parts of the eastern border should be fenced to prevent people from illegally entering Finland, reports Uutissuomalainen.

The Border Guard estimated that building a fence along 10–20 per cent, or 130–260 kilometres, of the 1,300-kilometre border would be warranted in light of recent changes in the security environment. The fence would be designed to last 50 years.

Lieutenant General Pasi Kostamovaara, the chief of the Border Guard, told the joint editorial office of 20 local and regional newspapers that building the fence would cost a few hundred million euros when taking into account not only the fence itself but also the monitoring and road infrastructure arrangements that would enable border officials to respond to illegal crossings without delay.

Most of the fence, he added, would be built in south-eastern parts of Finland.

“[The area] has the greatest risk of illegal entries and the most cross-border traffic,” he explained. “In other parts of the eastern border, the fence should be put up mostly near official border-crossing points.”

The Border Guard would be ready to build a test section of the fence as soon as next winter and spring. The rest could then be build based on experiences from the test section.

Building the fence would overall take about two to three years, said Kostamovaara. The funding allowing, though, the construction could be carried out simultaneously in several locations to speed up the process.

Minister of the Interior Krista Mikkonen (Greens) told Uutissuomalainen that the government is set to discuss fencing sections of the eastern border in the near future. The news outlet pointed out that the border guard act adopted last summer makes it possible build obstacles, including fencing, along the border in order to uphold border security.

The Finnish Border Guard on Sunday revealed that four people have been taken into custody for crossing the border illegally into Kuusamo, Finland. The suspects stated in questioning that they are seeking asylum in Finland.

Officials have yet to disclose the nationalities or other personal details of the suspects and refrained from speculating on their motive for entering Finland.

“The investigation is still ongoing, so we won’t be giving out these details at this point in time,” Mika Keränen, a director at Kainuu Border Guard District, stated to STT on Sunday. “They came from Russia to Finland and applied for asylum. As far that’s concerned, [they] didn’t have plans to travel further.”