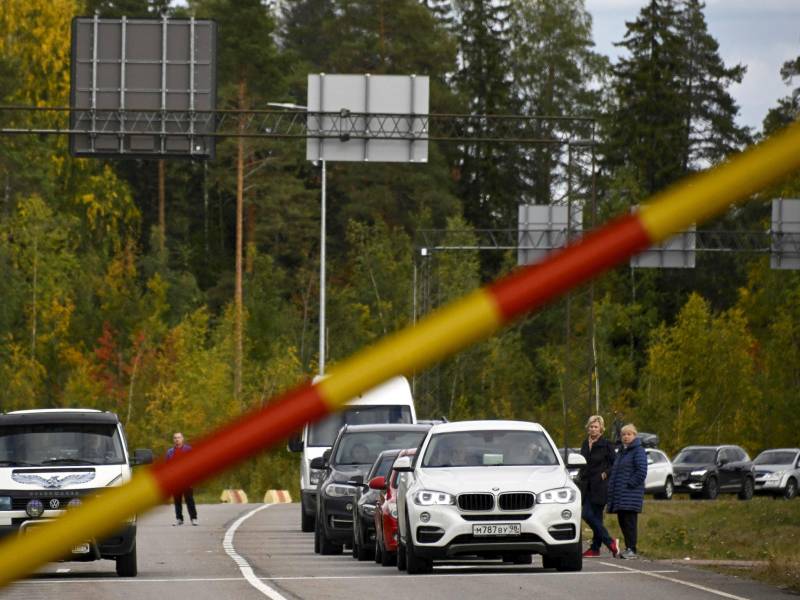 Lines built up on the Russian side of the border-crossing point in Vaalimaa, Lappeenranta, on Thursday, 22 September 2022. Finnish border officials have detected an increase in border-crossings since the partial mobilisation announced by Russian President Vladimir Putin on Wednesday. (Olivier Morin – AFP / Lehtikuva)

THE NUMBER of Russians entering Finland has been rising at border-crossing points along the eastern border since the partial mobilisation announced by Russian President Vladimir Putin.

Matti Pitkäniitty, the director of international co-operation at the Finnish Border Guard, on Saturday told YLE that almost 7,700 Russian nationals entered Finland on Friday, representing an over two-fold increase from Friday, 16 September.

Over the weekend the number of border-crossings may add up to 15,000–20,000, he estimated in an interview with STT. Most of the crossings, he reminded, are by travellers who use legal channels and legal documents to cross the border.

Helsingin Sanomat on Saturday reported that the number of border-crossings was higher than the average for a Saturday, the busiest day of the week at border-crossing points, on both Thursday and Friday.

Pitkäniitty stated to the newspaper that traffic across the border began to increase immediately after the mobilisation announcement. The growth may not be attributable entirely to people who are fleeing the country to avoid being called up, however.

“The announcement drove home the point that Russia is at war to every Russian. There are people who decided that that’s the last straw.”

Russians with the possibility to leave the country, he estimated, are presently trying to put distance between themselves and their home country and monitoring how the situation will develop at a safe distance.

“When examining the numbers, you should understand the mechanics of the Schengen Area,” he reminded. “Even if a person enters the Schengen Area in Finland, they may leave it somewhere else.”