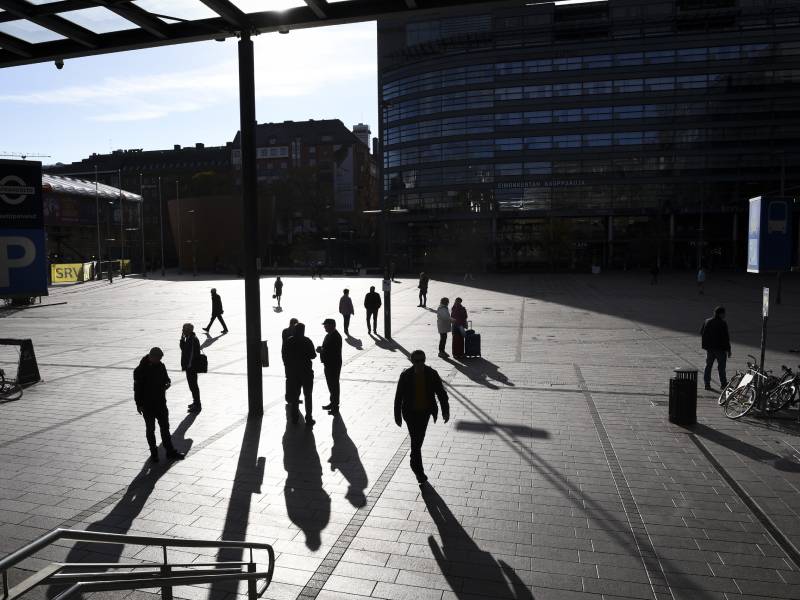 DANSKE BANK has revised down its economic growth forecast for Finland in 2023.

The Nordic provider of financial services revealed last week that it has slashed its forecast for gross domestic product growth from 1.6 per cent to -0.2 per cent for 2022 due to the sustained inflationary environment and economic uncertainties around the globe.

Pasi Kuoppamäki, the chief economist at Danske Bank, said the Finnish economy is presently sliding toward a recession.

The forecast for this year, however, was bumped up from 1.5 per cent to 2.0 per cent due to a better-than-expected start to the year.

The outlook has worsened significantly since last summer. With Russia continuing to use its natural gas supplies as a weapon and rising interest rates affecting western economies, the purchasing power of households is set to erode rapidly next winter and also affect the broader economic situation.

“Inflation is currently eating away at the purchasing power of consumers at a historic pace. Also the rapid increase in interest rates and deterioration of employment outlook promise a cold winter in many Finnish homes,” said Kuoppamäki. “You could talk about the triple blow of inflation, interest rates and unemployment testing the purchasing power of many households next winter.”

“We expect that the more permanent core inflation, which eliminates the effects of food and energy prices, will also this year outpace the two-per-cent goal of the European Central Bank (ECB). It creates pressure to tighten fiscal policy.”

Another factor creating such pressure is the tax breaks and direct subsidies announced by governments in a bid to offset the effects of inflation for businesses and consumers.

Danske Bank viewed that the outlook has eroded also for the entire euro area. The area, it said, is burdened by rising gas and electricity prices, the threat of energy shortages and interest rate hikes by the ECB.

“The demand and household savings that had bottled up during the pandemic supported growth in the spring, but inflation is currently taking chunks off the purchasing power of consumers at a record pace,” commented Antti Iivonen, an analyst at Danske Bank. “We expect the eurozone economy to slide into a recession as soon as later this year and the growth to remain weak into early 2023.”