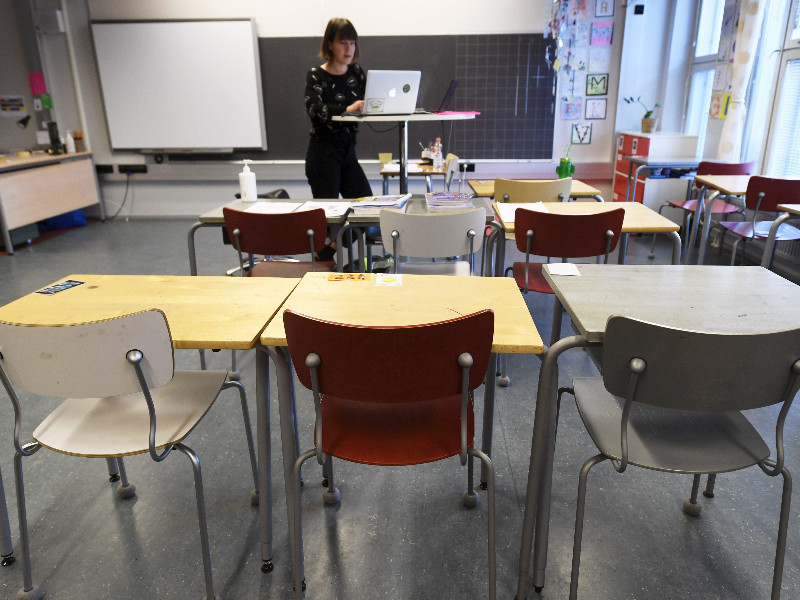 PRIME MINISTER Sanna Marin (SDP) on Wednesday announced her government has updated its strategy in the effort to combat the novel coronavirus in light of new situational information.

The government declared in a press release that its objective remains to prevent the spread of the virus, safeguard the capacity of the health care system and protect people, especially those who are most at risk.

It estimated, however, that the effort to keep the epidemic in check has been successful to the extent that it is possible to begin a gradual and controlled transition away from broad-based restrictions toward enhanced epidemic control measures made possible under the communicable diseases act.

“The restrictive measures cannot all be lifted at once, because the situation is still serious,” it reminded.

The announcement marks the formal adoption of a composite strategy that aims to limit the spread of the disease by means of extensive testing, effective tracing of infections and chains of transmission, and isolating the infected and quarantining the exposed.

The government said it will continue to prepare for the introduction of a mobile app for tracing infections to support the strategy. Using the app, it underlined, must be voluntary and must not compromise the privacy protection of individuals.

Martti Hetemäki, the permanent secretary at the Ministry of Finance, has been asked to lead a task force responsible for devising a plan for ditching the restrictions in a timely manner and moving to the next phase.

The plan is to be presented to the government on 1 May and discussed on 3 May.

Marin on Wednesday said the government has determined that the prohibition of events with more than 500 attendees must remain in effect until 31 July. The government, she added, will weigh up the possibility of allowing events scheduled for the latter half of the summer to take place in its session in June.

No decision has yet been made on the possible lifting of the ban on in-person teaching at schools prior to the summer holiday. The task force, however, will present its proposals on early-childhood and other education institutions in a way that enables education providers to prepare for the resumption of in-person teaching if necessary.

Asko Järvinen, a chief physician of infectious diseases at the Hospital District of Helsinki and Uusimaa (HUS) on Saturday stated to YLE that international studies indicate that school closures have been “perhaps the least effective way” to slow down the epidemic.

“I personally believe this could be one of the first measures that could be relaxed, and that’s what many countries are already doing – Germany and Norway, for example,” he commented.

A similar message has been received from Terhi Tapiainen, a physician of infectious diseases at Oulu University Hospital.

“New modelling studies show that shutting down schools only have a two to four per cent impact on the epidemic,” she said, pointing to a rapid systematic review of the impact of school closured published in Lancet.

The authors of one modelling study referred to in the report estimated that school closures, as an isolated measure, are only predicted to prevent two to four per cent of coronavirus-related deaths – much less than other social distancing interventions –  concluding that the closures alone are likely “insufficient to mitigate (never mind suppress)” the pandemic.

“School closures will likely have to be re-considered,” said Tapiainen. “An impressive but inefficient measure?”

Their views were questioned by Juho Vehviläinen, a representative of the Trade Union of Education in Finland (OAJ). “As a teacher, I don’t understand why it is worth risking the health of teachers, children and their loved ones for two weeks of teaching,” he wrote in a blog on Puheenvuoro on Tuesday.

The ban on in-person instruction is currently set to remain in effect until 13 May, while the school year is to end in late May.