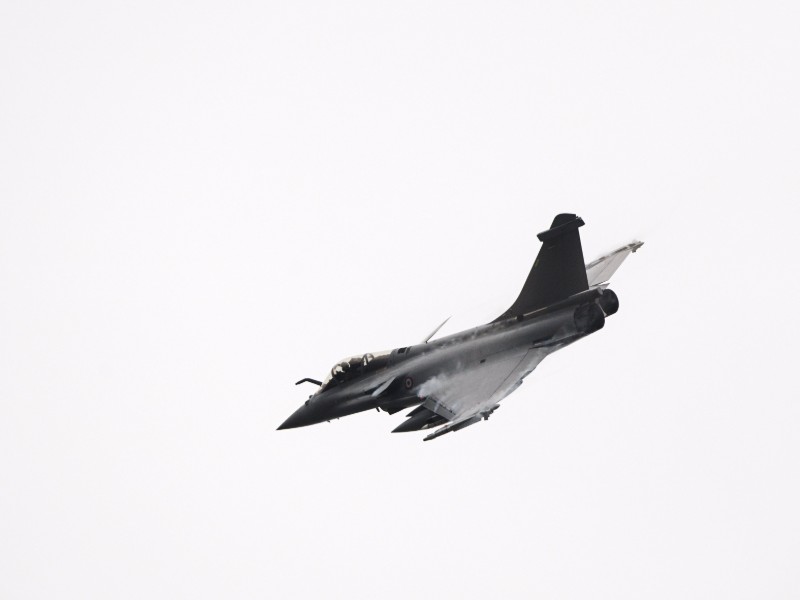 A French Air Force’s Dassault Rafale was photographed at the press event of Turku Airshow in Turku on 13 June 2019. (Roni Rekomaa – Lehtikuva)

THE FINNISH DEFENCE FORCES has issued a call for revised tenders to the five fighter jet manufacturers vying for the up to 10-billion-euro contract to replace the ageing fleet of F/A-18 Hornets of the Finnish Air Force.

The call for tenders was issued on Thursday, 31 October, by the Logistics Command of the Finnish Defence Forces, according to a press release from the Finnish government.

The fighter jets under consideration in the so-called HX Fighter Program are Boeing F/A-18 Super Hornet (US), Dassault Rafale (FR), Eurofighter Typhoon (UK), Lockheed Martin F-35 (US) and Saab Gripen (SE). The goal of the project is to replace the ageing fighter jet fleet with up to 64 multi-role fighter jets that meet the requirements of the operating environment.

The supplier candidates were asked to compile the information presented in their initial bids and subsequent negotiations into a cohesive, up-to-date and improved package, and submit their revised bids by 31 January 2020.

“The calls for tenders are supplier-specific, meaning that each supplier’s call for tenders is based on the package it has already offered and the needs to specify it,” a spokesperson for the project explained on Friday.

“The suppliers must put together a package that meets the performance requirements within the maximum budget set for the project. The package must include not only the aircraft, but also the other technical systems, training systems, necessary maintenance equipment, testing equipment and spare parts, as well as weapons, sensors and other type-specific support functions,” they added.

The Ministerial Committee on Economic Policy in October voted in favour of issuing the calls for revised bids and set a 10-billion-euro budget for the acquisition.

The supplier will be chosen based on five components: the military capabilities of the multi-role fighter jet, the security of supply, industrial co-operation, acquisition and life-cycle costs, and the security and defence policy ramifications of the acquisition.

The bids will be evaluated primarily based on military capabilities due to the long-term impact the acquisition will have on the capabilities of the Finnish Defence Forces. The evaluation, then, will serve as the basis for making the final political decision on the acquisition, which is expected in 2021.