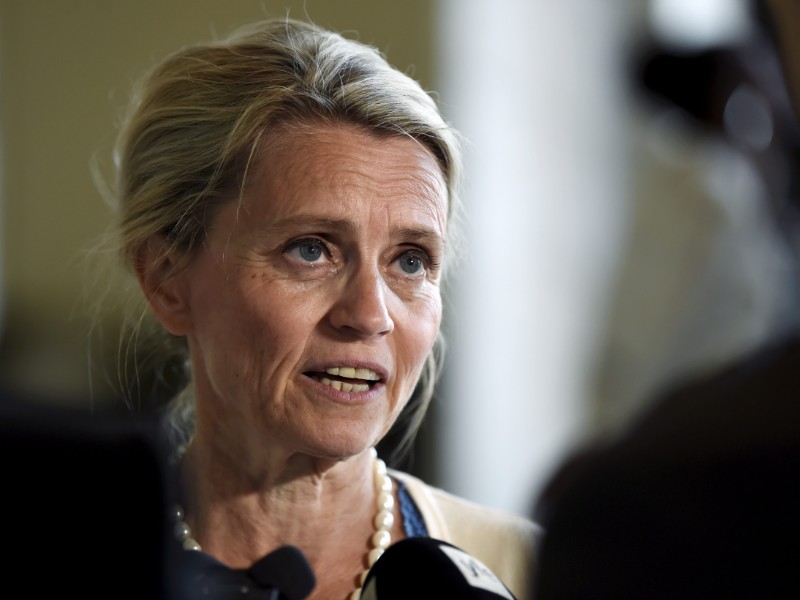 Päivi Räsänen, an ex-chairperson of the Christian Democrats, spoke to the media before the first plenary session of the autumn term in the Finnish Parliament on 4 September 2019. (Antti Aimo-Koivisto – Lehtikuva)

KIMMO NUOTIO, a professor of criminal law at the University of Helsinki, views that there are grounds to look into a 15-year-old pamphlet written by Päivi Räsänen (Christian Democrats).

The Office of the Prosecutor General on Monday announced it has requested that a pre-trial investigation be opened into the pamphlet that commented on church and social policy, marriage and sexuality, and their related interpretations of the Bible.

Räsänen stated in her pamphlet that she disapproves of the “normalisation” of homosexuality as evidenced by the at-the-time recent decision to allow same-sex couples to register their partnerships. She also referred to homosexuality as an abnormality and, even, developmental disorder.

Police had earlier decided not to open an investigation into the pamphlet published in 2004 by Luther Foundation Finland.

The Prosecutor General, however, ruled that Räsänen may have been guilty of ethnic agitation for slandering homosexuals in a way violates their dignity.

Nuotio on Tuesday highlighted that the case entails a number of unusual characteristics: it will necessitate an evaluation of the limits of not only freedom of speech and religion, but also the conduct of a lawmaker citing the Bible.

“This is a very multi-layered case. It’s judicially very interesting for many reasons and different from earlier agitation cases,” he added to Uusi Suomi.

The pamphlet can still be found on the website of Luther Foundation Finland.

Nuotio reminded that the section on ethnic agitation was amended to also cover sexual orientation in 2011, following a framework decision by the European Union. Räsänen, he said, has also stated that she stands by her words despite the amount of time that has elapsed since the publication, making it possible to interpret her actions as deliberate.

“She is aware of the nature of her writing and views that she has the right to make that statement,” explained Nuotio.

The request to open a pre-trial investigation into such an old writing has also come under heavy criticism, not least because the statute of limitations for ethnic agitation is five years. Markku Jokisipilä, the head of the Centre for Parliamentary Studies of the University of Turku, on Monday questioned the rationale of charging a person retroactively for an offence that essentially did not exist at the time it allegedly took place.

“I’m not surprised if this theatre has tested the sense of justice of many,” he wrote on Facebook.

Nuotio, on the other hand, viewed that such criticism is irrelevant due to the fact that the pamphlet is still accessible online. “As long as it’s on the website, the violation is ongoing if the content is deemed punishable,” he said.