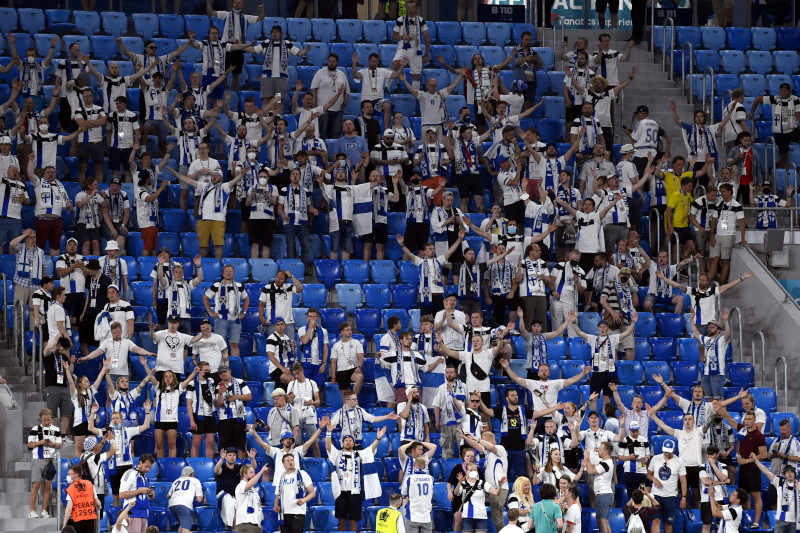 Several dozens of football fans who travelled to St. Petersburg, Russia to watch Finland play in the recent Euro 2020 matches have now tested positive for the COVID-19 virus. Yle reports that as of Thursday morning, 80 infections have been detected in tourists who crossed the border this week.

Officials from the Helsinki and Uusimaa Hospital District (HUS) have revealed that at least 34 of the people who made it past the Vaalimaa border on Tuesday have tested positive for the virus. Authorities are now attempting to reach the 800 travellers who have yet to be tested.

The Social and Health Services department in Kymenlaakso (Kymsote) made the decision to stop health checks at the border on Tuesday after a lack of adequate COVID-19 testing resources led to a traffic bottleneck.

The local health body claims that they were unprepared for the long queues as they expected most of those who had attended the match to follow the UEFA guidelines, which state that proof of a negative COVID-19 test result might be required to enter the stadium.

Risto Pietikäinen, the Kymsote physician who supervised testing at the border, told Yle that football fans probably accounted for at least 65 of the 72 infections that were detected in the Kymenlaakso region over the past two days.

HUS has urged the remaining travellers who returned from Russia on Tuesday to get tested within 72 hours while avoiding social contact in the meantime. Authorities are particularly concerned about the spread of the highly contagious Delta variant in Russia.