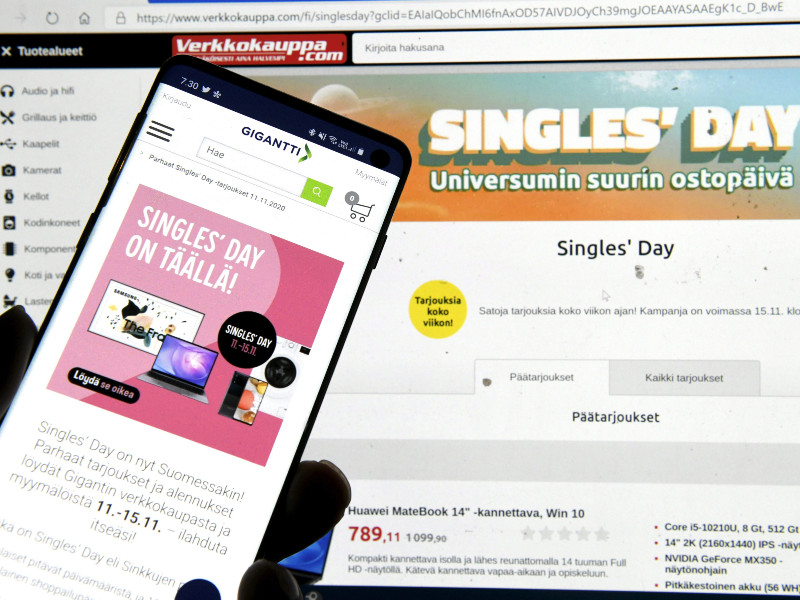 A consumer browsing online shops on 11 November 2020. Luhta, a Finnish sports- and activewear maker, is to re-structure its operations due to the growing significance of online retail, says Vesa Luhtanen, the CEO of Luhta. (Heikki Saukkomaa – Lehtikuva)

LUHTA, a Finnish manufacturer of sports- and activewear, has announced it will start its second round of consultative negotiations this year at its head office in Lahti, Southern Finland.

The company said yesterday it may have to resort to lay-offs unless it finds new roles for its staff members in order to survive the 15–20-per-cent, or 30-million-euro, year-on-year decline in revenue it expects to report due to the coronavirus pandemic.

Exports, in particular, are slumping as infections around the world continue to mount.

“The amount of work we have is on the decline,” Vesa Luhtanen, the managing director of Luhta, was quoted as saying by YLE. “Clients in Central Europe have had to close their shops and, because of that, the rest of the year isn’t looking too good.”

Luhta has had to shut down its shops in, for example, Italy and Russia, according to the public broadcasting company. The situation in its domicile is not as dire, but the bleak outlook for the first half of next year has effectively forced its hand.

Luhtanen also revealed the company may re-structure its operations in response to the growing significance of online retail channels such as Zalando.

“The significance of digital commerce has increase sharply during the course of the most recent months. Our organisation is still too heavily focused on the services of traditional brick-and-mortar shops,” he stated.