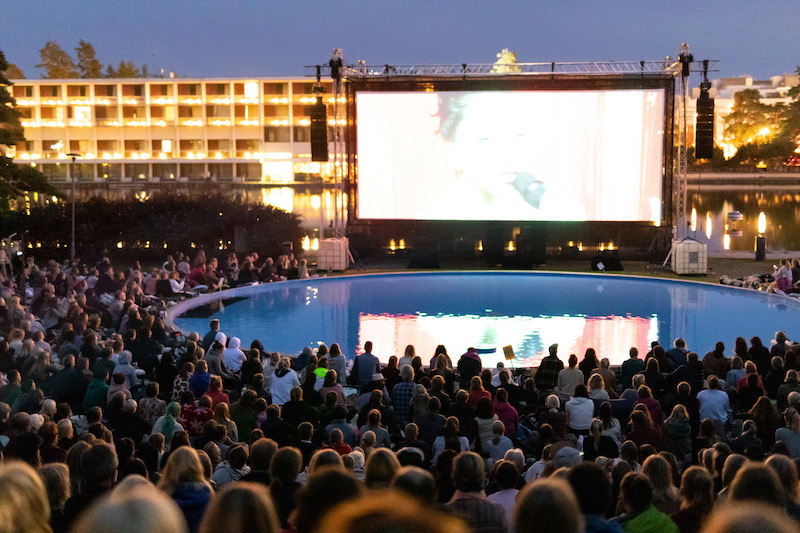 Espoo will be full of events and celebrations from Monday 22 August to Saturday 27 August. The week will culminate in Espoo Day on Saturday. The diverse programme of over 300 events is produced through collaboration between residents, associations, companies and the City organisation.

The extensive programme includes all kinds of events, from street and park festivals to local sports matches, and from future-oriented discussions and talks to an international street circus performance and open-air cinema.

The event calendar of the Espoo Celebrates! week also includes walks with themes related to architecture, history and nature, free admission at museums, events on local cuisine and beverages, and sports sessions organised by clubs.

On Espoo Day, Saturday 27 August, we will celebrate from morning till night at the long-standing party venue Dipoli. Early in the day, an orchestra will play for dancing couples, and in the afternoon, the audience will be entertained by one of today’s leading modern folk bands, Kalevauva.fi. The night will culminate in a Roller Skate Disco.

The theme of 2022 is Espoo’s 50 years as a city, which has been celebrated through various campaigns, events and discussions.

"When we do things together, the city can develop even further. Espoo’s past 50 years as a city have been a success story. The city has grown at an impressive rate in the past fifty years, from 100,000 to 300,000 residents. Espoo remains a safe city to live in, close to nature, and it has also become an internationally competitive university city. Research shows that Espoo is the most sustainable city in Europe, and it is our responsibility to keep it sustainable even in the future,” says Jukka Mäkelä, Mayor of Espoo.

New large festivals, block parties and sporting events have filled the weekends in Espoo and gathered tens of thousands of visitors during the summer. The events make Espoo more lively and ensure that residents and visitors will continue to have interesting things to do.