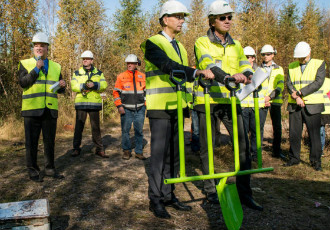 The nuclear power plant of Fennovoima may not become profitable until 2040, indicate calculations made by Matti Liski, a professor of economics at Aalto University, and doctoral candidate James Corbishley at the request of Helsingin Sanomat.

If projections about the Nordic energy market drawn up by the Ministry of Employment and the Economy are utilised as a basis for the calculations, Hanhikivi 1 will not become profitable until 2054.

Even in the most optimistic scenario, the power plant will not start turning a profit until 2032.

“The majority of projections about the Nordic energy market are ones that are unfavourable to the construction of Fennovoima's nuclear power plant,” Liski highlights.