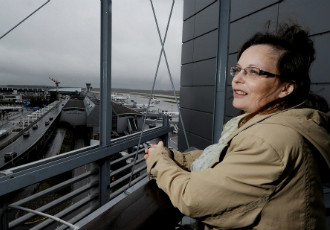 A variety of factors can hinder the take-off of a fledgling airline. Snowbird Airlines was robbed of its Russian passengers by the slumping rouble just as it was about to spread its wings for its maiden voyage.

In addition, its take-off has been complicated by a dispute with the Finnish Competition and Consumer Authority (KKV).

Established in 2013, Snowbird Airlines is the first new airline operating overseas flights with a fleet of large aircraft in Finland since Finnair and the now-bankrupt Air Finland. The airline was set to begin operations on a route from Oulu via Lappeenranta to Alicante, Spain, expecting Russians to account for 50–80 per cent of the passenger boarding its aircraft in Lappeenranta.

The slumping rouble and political uncertainty in Russia, however, have prompted Russian travel agencies to cancel their charter bookings, leaving Snowbird grasping at thin air.

While the airline will operate its sold-out flights from Oulu via Helsinki to Málaga, it has put its route to Alicante on ice until next year. “Operating those flights with a handful of passengers is impossible. This is the last thing we needed, having just launched our operations,” bemoans Marja Aalto, the CEO at Snowbird Airlines.