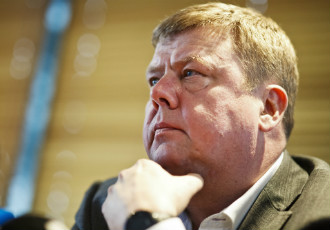 CEO Pekka Perä is one of four current and former executives at Talvivaara to face charges of aggravated impairment of the environment over several waste water leaks at the Sotkamo-based nickel mine between 2007 and 2013.

The prosecutors are also demanding that a corporate fine be imposed on Talvivaara Sotkamo Oy.

The mining company, in contrast, remains adamant that no environmental offences have taken place. “The company's perception of the issue has not changed. To our understanding, no crimes have taken place. In addition, I want to emphasise that the CEO enjoys the confidence of the board of directors. In my opinion, it's good that the accusations are considered at an independent court,” stated Tapani Järvinen, the chairman of Talvivaara board of directors.

Solidium, a state-owned asset management firm that holds 15 per cent of the shares in the mining company, announced similarly that it will not take action due to the charges brought against Perä and three other executives. The matter, it said, will be for the Talvivaara board of directors to decide.