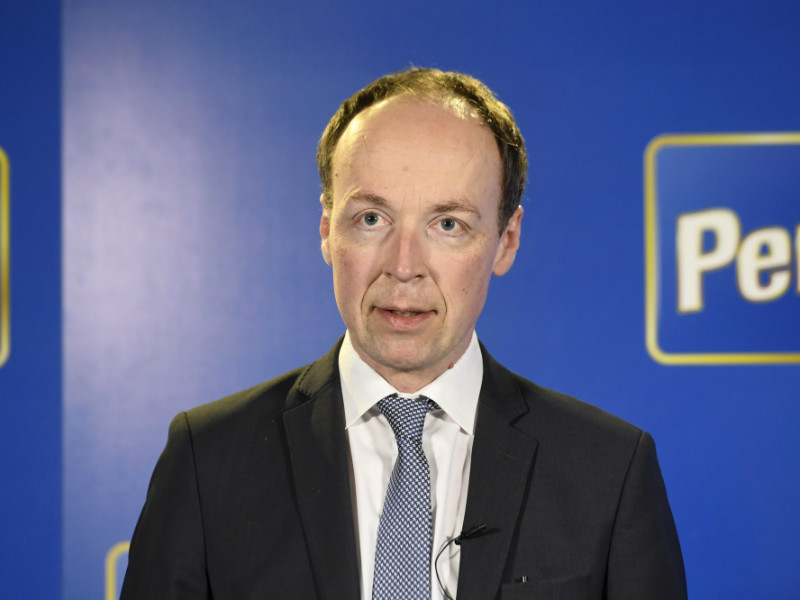 Jussi Halla-aho, the chairperson of the Finns Party, has witnessed a late-year surge in popular support for the right-wing opposition party, according to a poll by Alma Media. (Credit: Markku Ulander – Lehtikuva)

The Finns Party recorded a noticeable up-tick in popularity between November and December, indicates the latest opinion poll commissioned by Alma Media.

Popular support for the opposition party increased from 8.4 per cent to 9.7 per cent over the past month, possibly as a consequence of reports that a group of immigrant men are suspected of serious sex crimes against children in Oulu, North Ostrobothnia, according to Alma Media.

Uusi Suomi highlights that the populist party wasted no time in utilising the incident as a tool to promote its own anti-immigration platform. Jussi Halla-aho, the chairperson of the Finns Party, for example accused the president and cabinet members of being silent while “ordinary citizens are clenching their hands in their pockets”.

A statement ultimately came also from Prime Minister Juha Sipilä (Centre). He assured that people who have been found guilty of offences will receive their punishment regardless of ethnicity in a rule-of-law state.

“The police is responsible for investigating and communicating about the events in Oulu, the judicial system for convicting [the perpetrators],” added Sipilä.

The Finns Party also overtook the Left Alliance as the fifth most-supported political party in Finland, as support for the latter decreased by 0.2 percentage points to 9.1 per cent.

The Green League saw its recent resurgence come to an abrupt end as its popularity plunged by 0.7 percentage points to 12.9 per cent.

Both the Christian Democrats and Swedish People’s Party continued to poll around the four per cent-mark, after the former recorded a rise of 0.2 percentage points in popularity to 3.9 per cent and the latter a drop of 0.4 percentage points to 4.1 per cent.

The Blue Reform saw its popularity dwindle for the fourth successive month, dropping from 2.2 to 1.8 per cent between November and December.

A total of 1,507 people were interviewed for the opinion poll between 5 and 18 December by Tietoykkönen. Over three-quarters (76.3%) of the people were able and willing to disclose their party of preference.