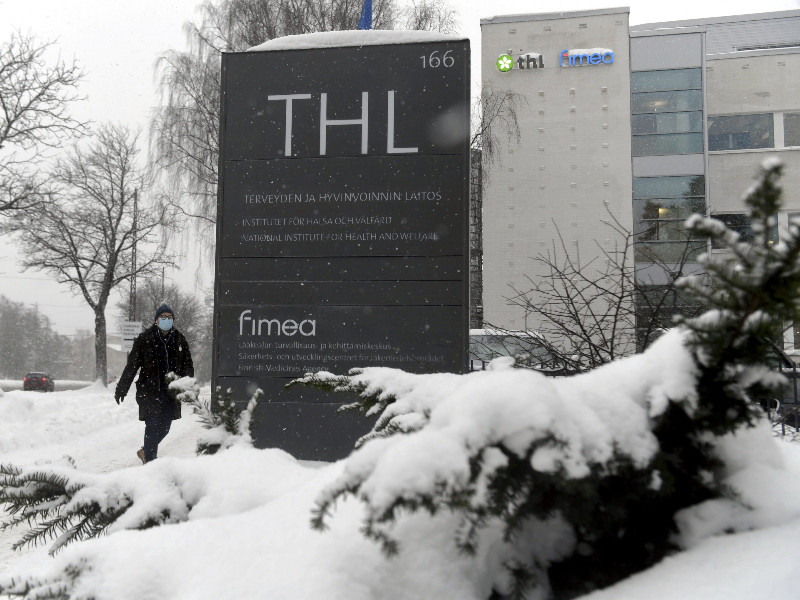 The Finnish Institute for Health and Welfare’s (THL) office in Helsinki on 19 January 2021. (Vesa Moilanen – Lehtikuva)

THE COVID-19 VACCINE developed by AstraZeneca should be used exclusively for vaccinating under 70-year-old people until additional research data on its efficacy for the elderly becomes available, recommends the National Advisory Committee on Vaccines (KRAR).

KRAR is an expert organisation established under the Finnish Institute for Health and Welfare (THL).

THL on Wednesday emphasised in a press release that the recommendation will be amended if necessary as new information on the efficacy of the vaccine on different age groups becomes. Ville Peltola, the chairperson of KRAR, reminded that the vaccine has been shown in studies to create similar levels of antibodies in the elderly and in younger age groups. The number of elderly people participating in the trials, however, has been limited.

“The lack of research data does not mean there is no protective effect, but more data is needed,” said Peltola.

People aged 70 years or older should be vaccinated with the mRNA vaccines that have already been adopted and shown to be effective also for the elderly, according to KRAR.

All of the vaccines used in the country require two injections. The expert organisation also stated that in the prevalent epidemiological situation the time interval between the first and second injection should be lengthened to 12 weeks.

Mia Kontio, a senior expert at THL, on Wednesday estimated in a news conference that all over 70-year-olds should have received at least the first injection by the end of April. Finland, she added, is capable of vaccinating around 500,000–600,000 people a week, provided that the availability of vaccines is not an issue.

The conservative estimate is that the country will have taken delivery of roughly two million doses of the vaccines by the end of April.