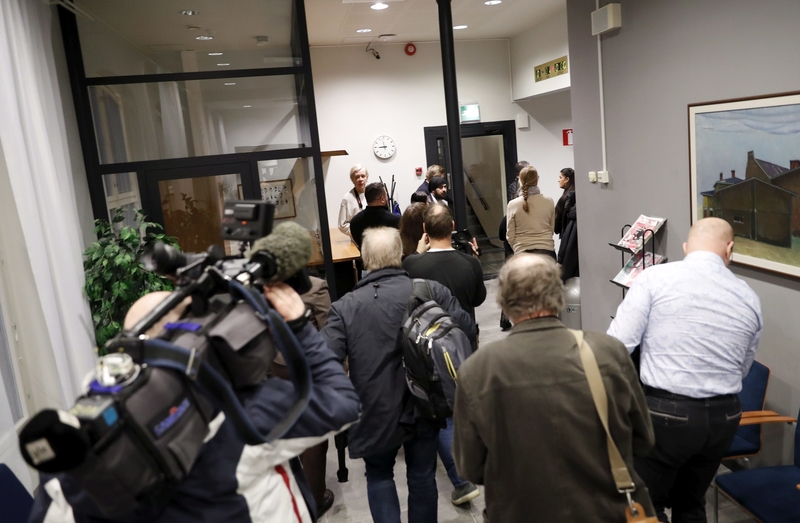 THE TRIAL OF A GROUP OF INDIVIDUALS charged with serious drug offences has begun at the Pirkanmaa District Court in Tampere today.

This most well-known of the accused, Jori Lehterä, will also be standing trial, attracting significant media attention to the court proceedings.

The trial consists of 20 defendants in total, who stand accused of a laundry list of crimes ranging from minor drug possession to the trafficking of large quantities of cocaine.

Lehterä, an internationally-known NHL player who is signed with the Philadelphia Flyers, is charged with lesser offences. The prosecution alleges that he purchased eight grams of cocaine from other defendants on several occasions last summer, between 3-22 June. His villa was also subjected to a police raid earlier this year.

Lehterä denies any wrongdoing and is expected to arrive in court next Tuesday, according to Ilta Sanomat. The prosecution is known to be seeking a five-month prison sentence.

The defendants are being tried for their alleged role in operating a large-scale, international cocaine trafficking ring, in which two kilograms of pure cocaine were flipped for an estimated profit of about 450,000 euros last summer.

The city of Tampere is believed to have been the epicenter of the trafficking activity, with cocaine reportedly having been stored in the Kaupinojan Sauna, a popular tourist attraction on the shores of Lake Näsijärvi. Three foreign nationals are among the defendants.

Much of the proceedings will take place over the first few weeks of the new year, while it is not known when the public can expect a verdict to be reached.