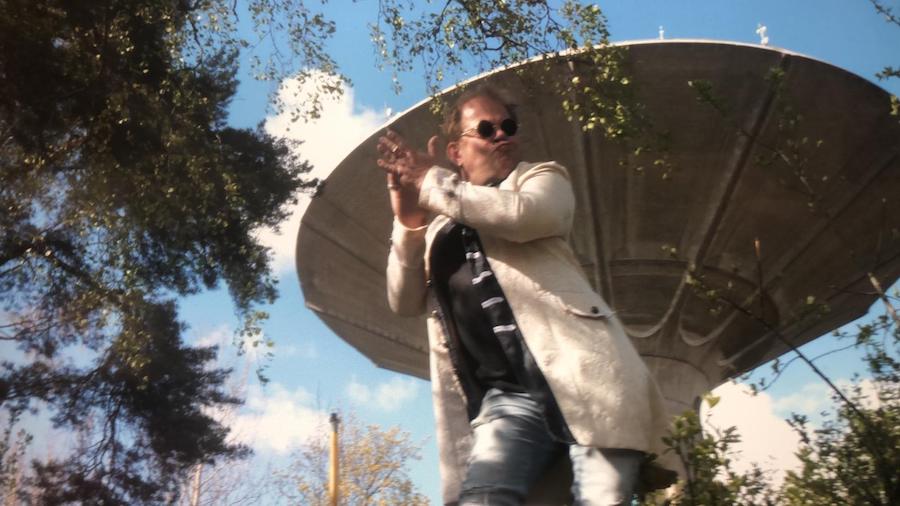 IN THE MIDST OF A PANDEMIC that is placing unprecedented pressures on small musical acts that now have to contend with cancelled bookings and shuttered venues, a shared passion for the craft of music is vital for keeping creativity alive.

Many of the most influential and widely listened to bands in history started life as a group of friends meeting outside of their day jobs to write and perform together, out of little more than a shared enjoyment for rock music and the empowering effect it can have on the artist and listener alike.

Such an ethos is evident in the online biography of the Helsinki-based rock group Pretty Marc, in which the group describes itself as “big boys [that have] no sugar-coated illusions of record deals and millions of bucks”. Rather, the band’s ethos is summed up in the kind of blunt, self-consciously cavalier sentiment that is visible in the eclectic back catalogue of the five-member group; “if this takes us places, fine. And if it doesn’t, we’ve still created something genuine, straight from the heart that we can proudly call our own”.

Pretty Marc’s members consist of a priest (Veikko Ahonen), a weatherman (Mika Vestenius), a graphic designer (Antti Porkka), a teacher (Patrick Sinervo) and a chef (Marc Aulén), all middle-aged men who found each other through networks of friends and family and share a passion for old-school rock music.

We spoke with the band’s frontman Marc Aulén, who also works as a chef and manager at the Helsinki restaurant Qulma, to find out more about Pretty Marc.

One of the most eye-catching aspects of Pretty Marc is the politically charged, in-your-face components of their music and aesthetic, atypical of your average ‘dad rock’ garage band. In a recent music video for their track ‘The Politician’, Marc and his bandmate Patrick Sinervo stroll around central Helsinki, Sinervo dressed in a slick suit, crooning the inner monologue of a self-serving career politician.

Alongside unsubtle riffs such as “I promised you integrity, that I’m steady as a rock, that I care and understand, but I don’t give a fuck”, the video is spliced with newsreel footage of political figures such as George Bush and Bill Clinton peddling some of their most infamous untruths.

Speaking with Aulén over the phone, I asked what kind of statement Pretty Marc was making with the song and video.

“Politicians are scumbags that can’t be trusted. They will do you in. However noble your intentions might be”, came the somewhat gruff response from Aulén. When asked if their more politically tinged tracks had any relevance to the situation here in Finland, Aulén laughed and remarked that “This Finnish government is fucking it up royally, but that’s a global phenomenon”.

On the whole, Pretty Marc is not a decidedly political music act. Rather, as Aulén puts it, they are “lovable guys with a fantastic dynamic and working process” who “have a lot to say and a lot to give”. Their cited musical inspirations include rock staples such as The Eagles, Rolling Stones, and Pink Floyd, providing an influence that is clearly evident in the confrontational lyrics of their track ‘Underdog’, or the smash-up-the-hotel-room euphoria of ‘Downtown’.

“What we’re doing now is just whatever feels right. I’m a self-taught guitarist who can play six chords – it’s enough to get some words scribbled down, and then the band can put the meat on the bones. Our musical style is just the flavor of the day!”.

Before COVID-19 came along, Pretty Marc had begun to play a few promising local gigs but had struggled to attract bookings in a city that Aulén claims is a difficult environment for less-established acts.

“It’s hard to get your music heard as a small act. The frustration eats you up inside. But I’m the kind of guy who doesn’t give up.

“The music scene here is appalling. All of the big places have closed down. If you try and get in touch with one of the few clubs that are still going, they will never give you an answer if they don’t know who you are”.

Aulén also admits that the outbreak of the global pandemic has been difficult for the band, owing to the local music scene grinding to halt virtually overnight. However, he also sees the silver lining.

“We can still write, and this has allowed us to be very productive. We have 20 tracks ready for release, but we also have budgetary constraints. It has been a good time to hone our craft and practice”.

Pretty Marc are actively seeking representation, and ask that any interested parties send their inquiries to This email address is being protected from spambots. You need JavaScript enabled to view it..