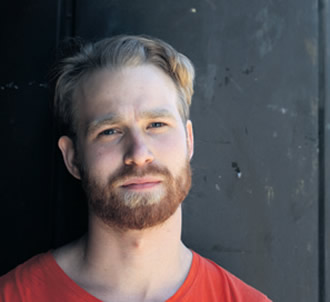 As the second round of talks between Iran and the Western powers have drawn to a close, it may be useful to take a step back and look at the big picture of the Iranian nuclear dispute. There is a set of myths about Iran, including its foreign policy and nuclear program, that dominate the Western narrative of the nuclear issue. It is the responsibility of Western journalists to do their job and set the record straight on Iran in order alleviate the threat of yet another US/Israeli-initiated war in the Middle East.

One troubling media omission in the saga of the Iranian nuclear dispute is that there has never been credible and hard evidence presented to support the claims of an Iranian nuclear weapons program. In a groundbreaking and important new book, Manufactured Crisis: The Untold Story of the Iranian Nuclear Scare, Gareth Porter, award-winning investigative journalist and historian, reveals that a part of the evidence supposedly pointing to "possible military dimensions" in Iran's nuclear program came from the Mujahedin-e-Khalq (MEK), an Iranian anti-regime armed group. MEK participated in Saddam Hussein's, US-supported invasion of Iran in the 1980s. According to Porter, German foreign intelligence "did not consider the source to be reliable" and alerted the Bush administration of its concerns in 2004. Porter argues that similar fraudulent claims of weapons of mass destruction (WMD) that were used as a pretext for the US war against Iraq in 2003 have been used to try to justify a war with Iran.

The idea of an Islamic Republic hell-bent on acquiring WMDs is utterly false. During the war in the 1980s, when Iraq was engaging in extensive chemical warfare against Iranian soldiers and civilians, Iran's supreme leader Khomeini refused to weaponise the stockpiles of chemical agents in order to retaliate. During the war, the US repeatedly blocked the UN Security Council from acting to stop Hussein's use of chemical weapons against Iranian civilians. The Islamic Republic had inherited the ability to develop WMDs from the era of the Shah, a US-ally, whose nuclear program the West incidentally supported.

During the last decade, the International Atomic Energy Agency (IAEA) has spent more resources on inspections in Iran than in any other country in its history. Iran is not in violation of the Nuclear Nonproliferation Treaty (NPT) and its nuclear facilities are operating under international safeguards as required by the NPT. Despite IAEA's suspicions, its reports confirm that Iran has not diverted any of its nuclear material for military purposes. In January 2014, the US intelligence community issued its annual Worldwide Threat Assessment to the US Senate. The report states: "We do not know if Iran will eventually decide to build nuclear weapons. . . we assess that Iran would not be able to divert safeguarded material and produce enough WGU for a weapon before such activity would be discovered."

In November 2011, the IAEA corroborated the accusations of "possible military dimensions" in its report on Iran. This was due to the change in the leadership of the IAEA. The former director general, Mohamed ElBaradei, who was awarded the Nobel Peace Prize in 2005, had refused to corroborate the claims because he, like the German foreign intelligence, did not find the evidence trustworthy. ElBaradei's successor, Yukiya Amano, who, according to cables made public by WikiLeaks, told US officials that he is "solidly in the US court", reversed Elbaradei's decision.

According to Porter, the "record of negotiations between Iran and the IAEA shows Tehran has been ready for the past two years to provide detailed responses to all the charges of an Iranian nuclear weapons work, and that the problem has been the refusal of the IAEA to share with Iran the documentary evidence on which those allegations have been based."