Print
Finland in the world press 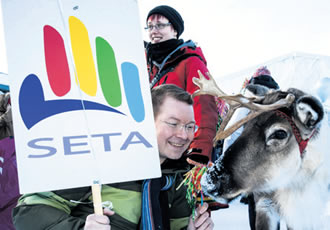 Gay Star News reports, although the legislation has been defeated in the past, this time around, politicians are discussing the bill on the will of the people; what is known as a 'citizen's initiative.'

'We are not really a modern, equal country,' Secretary General for Finland gay rights group Seta, Aija Salo, told Gay Star News. 'People have thought we have already reached LGBT equality, and what are people whining about?'

Finland is the only Scandinavian country without same-sex marriage laws, and the citizens have apparently had enough of this disparity. They have filed a petition, which requires that 50,000 supporters signal their support within six months..."