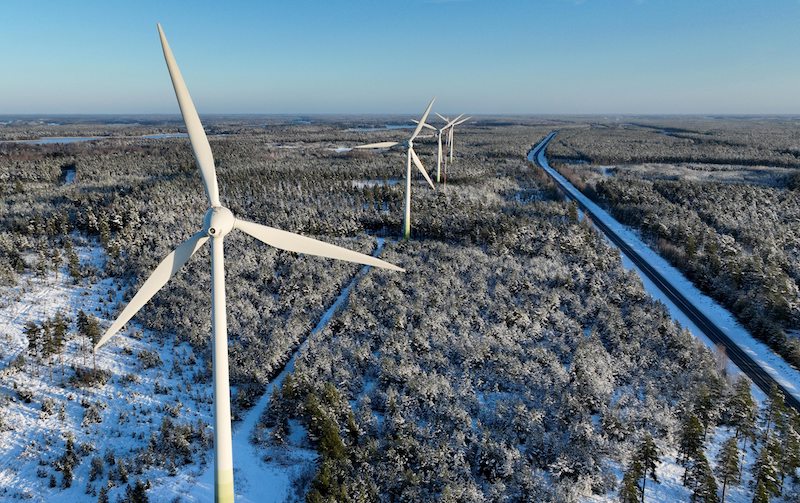 Further Nieminen says that the increase of consumer prices began in the second half of 2021. Because of the Ukraine crisis and the resulting international sanctions prices rose steadily in May. The main reason for inflation in 2022 was the increase of loan interests as well as rising food and energy prices. The peak of the current increase was in December 2022.

Original story was published by Macau Business on 14.01.2023 and can be found here.

A share swap agreement has been executed between RMC and ROPA Investments (Gibraltar) Ltd, the shareholder of Element92, involving the issuance of 40 million RMC shares.”

Original story was published by Proactive Investors on 11.01.2023 and can be found here.

How Finland is teaching a generation to spot misinformation

“A typical lesson that Saara Martikka, a teacher in Hameenlinna, Finland, gives her students goes like this: She presents her eighth graders with news articles. Together, they discuss: What is the purpose of the article? How and when was it written? What are the author’s central claims?

‘Just because it’s a good thing or it’s a nice thing doesn’t mean it’s true or it’s valid,’ she said. In a class last month, she showed students three TikTok videos, and they discussed the creators’ motivations and the effect that the videos had on them.

Her goal, like that of teachers around Finland, is to help students learn to identify false information.”

Original story was published by Jordan News on 12.01.2023 and can be found here.

“The population of Finland is ageing fast and worries about climate change and the war nearby are having an impact on the willingness to reproduce, according to a survey published by the Family Federation of Finland on Thursday.

Some 15% of people between the age of 20 and 45 do not wish to have children the survey reported. That percentage has not changed much over the past few years. The motivation behind this reason is mainly the same; people want to prolong their youth and continue to study, grow and prioritise their careers, and wait for an ideal financial situation and partner.

However, the Family Federation of Finland’s study found new motives. An increasing number of possible parents are worried about the climate crisis and its impact on future generations. Also, the Ukraine war has had a two-way, divisive effect. For some, it has proved to be an argument for not having children while, for others, it has functioned as an incentive.”

Original story was published by Euractiv on 13.01.2023 and can be found here.

With almost half of Finland’s wind power domestically owned, the renewable energy source is providing a significant lifeline during the current energy crisis.

‘Wind power is now increasing our country’s energy self-sufficiency at a really good pace - just when new and affordable electricity production is most needed,’ says Anni Mikkonen, CEO of the FWPA.”

Original story was published by Proactive Investors on 12.01.2023 and can be found here.

“A new digital solution by Finnish company Claridock is looking to become an ally to the produce industry by connecting suppliers and buyers globally through an online platform.

The Helsinki-based firm welcomed 2023 with the launch of its newly developed solution, which allows constant market monitoring for companies looking to expand their businesses.

The tool went live on Jan. 3, and currently covers producers in 48 countries including the UK, South Africa, the US, Canada, China, Chile, Peru, Mexico and Colombia.

Users are able request a booking quotation according to origin and destination, and connect directly with sales representatives.”

Original story was published by Produce Business UK on 13.01.2023 and can be found here.