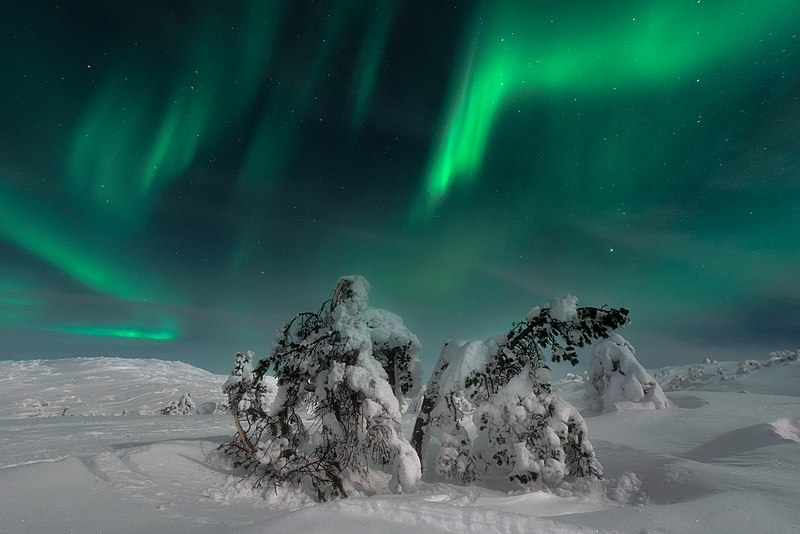 Finland’s strategies for traffic safety were covered in an article written by David Zipper for Bloomberg published in October 2022. It focusses on speed limits, fines, analysing accidents and handling icy roads to create a safe environment for drivers, cyclists, and pedestrians equally.

After a 1968 transportation plan that earmarked additional 320 Kilometres of highway for the Helsinki region was rejected, the city of Helsinki decided to expand their transit system.

With time the speed limit in many Finnish cities went down from 50km/h to 30km/h, while also making car drivers feel more constricted. “We deliberately have narrow lanes, so the driver doesn’t feel comfortable,” Reetta Putkonen, director of Helsinki’s transportation planning division says.

But also, the fines for fast driving can become pricey depending on how much the speeder earns. To prevent future accidents experts in e.g., traffic planning and human behaviour work together to create public reports with recommendations.

Original story was published by Bloomberg on 07.10.2022 and can be found here.

“The lower ceiling of the expanded Terminal 2 at Helsinki-Vantaa Airport, an example of Finnish wood design, has received the International Award for Wood Architecture 2022.

The judges praised the design for its ambition and craftsmanship. They said: ‘Visually, the ceiling has a unified feel due to the uncompromising finishing and uniform surface treatment.’

They also acknowledged the calming effect of wood and its use as a building material in the hectic environment of an airport.

Manufactured by Raision Puusepät Oy, a total of 7,700m² of wood was used in the roof of the departure hall, the outside box and around the skylight of the terminal.

The wavy shape of the roof is made of thousands of curved wooden elements and was one of the most challenging assignments for the designer.”

Original story was published by BDonline on 12.12.2022 and can be found here.

Finland may end arms embargo on Turkey for NATO’s sake

“Finland may be reconsidering its decision imposed in 2019 not to sell arms to Turkey to speed up its NATO application process.

Unlike the 28 other NATO member states, Turkey and Hungary have not ratified Finland and Sweden membership applications. Consequently, the two Nordic countries are stuck in limbo despite intensified diplomatic efforts.

After he visited Turkey last week, Defence Minister Antti Kaikkonen (Centre) was cautiously optimistic, saying that ‘at least we have not moved backwards in solving the issue’. But Finland might have a trick up its’ sleeve to speed things up, Kaikkonen told the YLE morning show on Monday.”

Original story was published by Euractiv on 13.12.2022 and can be found here.

Astrophotography in the dark winter of Finland

“Battling freezing temperatures and the seemingly constant dark of winter can make it challenging to find inspiration.

But wilderness photographer and Canon Ambassador Valtteri Hirvonen - who spends more than 16 hours of the day in darkness in Finland - has seized this as an opportunity to experiment with shooting new subjects in his personal work.

He reveals how he turned his lens to the night sky and bent the rules of astrophotography to create beautiful, yet unique photos.”

“The burial site of a young child who lived 8,000 years ago has been discovered in Eastern Finland, providing a rare glimpse into how Stone Age humans treated their deceased.

The Majoonsuo grave first drew the attention of researchers in 1992 in the municipality of Outokumpu when bright red ocher, a clay rich in iron, was spotted on the surface of a new service trail in the forest. Red ocher has been associated with rock art as well as ornamentation and burials.

The Finnish Heritage Agency began excavating the spot in 2018 due to concerns over erosion and motor traffic.

Little was found in the grave, but the surrounding soil revealed its secrets in a recent microscopic analysis published in September in the journal PLOS One.”

Finland Travel: 10 Things To Do In Helsinki This Winter

“Despite low temperatures and snow underfoot, life goes on during the winter in the Nordic countries. That’s especially true in Helsinki, which has the coldest average winter temperature of all the Nordic capital cities yet offers plenty of winter attractions for the hardy visitor.

While the record low in Helsinki was −34.3 °C (−29.7 °F), temperatures are likely to be far milder than that, albeit still below freezing.

There is snow in Helsinki during the winter but the time it arrives is not always consistent. By mid-January snow is all but guaranteed, but it often arrives earlier. A white Christmas isn’t guaranteed, but they are more common than not.

If you like the idea of exploring Helsinki in the winter, here are ten must-visit places and experiences in the Finnish capital.”