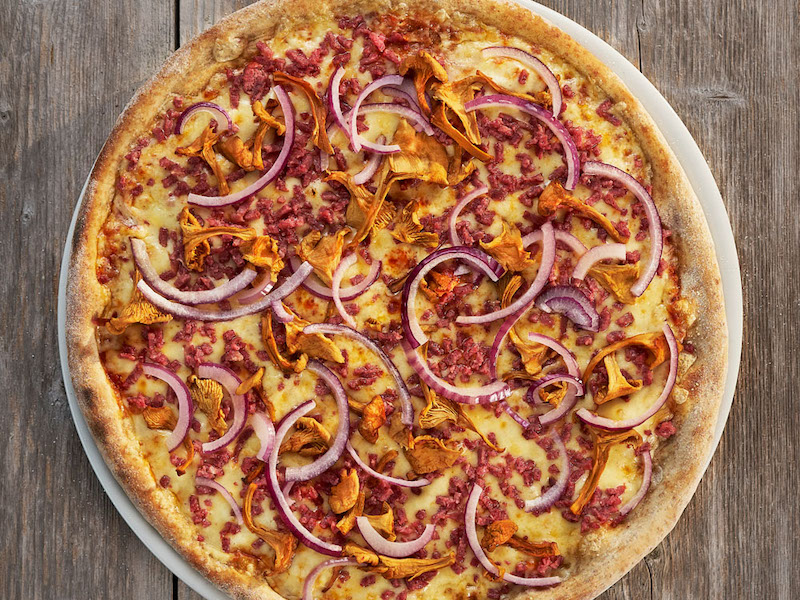 Finland was featured on TIME magazine in a story called “Inside Finland's Plan to End All Waste by 2050”. The article focuses on Finlands positive view of a circular economy, and how it is integrated into the education system.

The Finnish education system is recognized around the world, and currently it’s teaching children from a young age to think differently than their parents and granparents. As Nani Pajunen, a sustainability expert at Sitra says, “People think it’s just about recycling, but really, it’s about rethinking everything—products, material development and how we consume.”

Turning to the economy itself, the Finnish startup ecosystem seems to be the perfect platform for circular development. Young companies have found new ways to use the remains of the wood industry and create new products from them, for example. Better yet it’s not just startups creating a change, some big companies are also turning to a circular model as well.

There is still a long way to go but the amount of waste going to landfill has decreased dramatically in Finland. Not because of producing less waste, but because of using it to create something new.

Chopping down trees is not how most people would expect a river restoration project to begin, but Janne Raassina – who is expertly using a chainsaw to take down four or five earmarked trunks around the Särkkäjoki River in remotest eastern Finland – explains that the rotting wood will be hugely useful to the ecosystem.

“This is a huge buffet for insects, and it’s something that has been missing in our nature for 100 years,” he says. “We are creating the food chain from scratch.”

Finland is the most heavily forested country in Europe, with about 76% of its land area cloaked by trees. However, this impressive statistic disguises the ecological damage that has been inflicted by the forestry industry over the last century or so.

Original story was published by The Guardian on 22.01.2022 and can be found here.

Through an additional €1 million grant to UNICEF, the Government of Finland has renewed its commitment to enhance access to education for Syrian children returning to school and provide a gender sensitive and inclusive learning environment for all children. The new €1 million contribution brings Finland’s funding to UNICEF to a total of €4million.

Widespread displacements, lack of learning spaces, poverty, and protection concerns hamper children’s access to education in Syria. Nearly 2,5 million Syrian children are out of school, almost 51 per cent of them are girls, and many more are at risk of dropping out. Children with disabilities are often among the most marginalized ones and more likely to be left behind. As these children grow older, it is increasingly more difficult for them to enroll in school and adjust to formal schooling. This hinders not only their development but also their prospects in the long run.

Original story was published by United Nations on 20.01.2022 and can be found here.

The European Commission has today disbursed €271 million to Finland in pre-financing, equivalent to 13% of the country's financial allocation under the Recovery and Resilience Facility (RRF). The pre-financing payment will help kick-start the implementation of the crucial investment and reform measures outlined in Finland's recovery and resilience plan.

The Commission will authorise further disbursements based on the implementation of the investments and reforms outlined in Finland's recovery and resilience plan. The country is set to receive €2.1 billion in total, fully consisting of grants, over the lifetime of its plan.

Original story was published by the European Commission on 21.01.2022 and can be found here.

The reintroduction of internal border control has caused the number of arrivals in Finnish borders to decrease significantly, the country’s border guard, the Raja, has revealed.

According to a press release issued by the latter, the number of border checks at Helsinki-Vantaa Airport dropped by 13 per cent, reaching 31,865 of those, in comparison to 36,660 recorded last week. In addition, border checks at internal border traffic also dropped – from 34,728 to 25,667, marking a 26 per cent decline, SchengenVisaInfo.com reports.

The Port of Helsinki also saw a significant decline in passengers throughout this week, as only 23,930 passengers were recorded, 43.5 per cent fewer than last week, when 42,378 passengers reached the port. In addition, the number of international arrivals has remained stable, accounting for 76 per cent of all arrivals.

Original story was published by Schengen Visa Info on 21.01.2022 and can be found here.

US social media users are sharing claims that Finland's Prime Minister Sanna Marin introduced a labor reform that would establish a four-day work week, and six-hour work days. This is false; Marin mentioned the possibility on Twitter before taking office, but her government says there is no current plan to move forward with the project.

"See what happens when your leadership isn't geriatric," says a January 2, 2022 tweet featuring a screenshot of a headline that reads: "Finland to introduce a four-day working week and SIX-HOUR days under plans drawn up by 34-year-old prime minister Sanna Marin."

However, Finland is considering no such labor reforms at this time.

This Finnish pizza uses reindeer meat as a topping

In 2005, following a visit to Finland, former Italian prime minister and surprisingly salty food critic Silvio Berlusconi insulted the country's culinary offerings, ridiculing their diet as consisting mostly of "marinated reindeer" and bemoaning how he "endured" Finnish cuisine during his trip there (via Atlas Obscura). His pointed comments weren't lost on the Finnish people, who wasted no time in dishing out some sweet and savory justice.

A Finnish pizza restaurant called Kotipizza devised a unique specialty pie called the "Pizza Berlusconi" that playfully dissed the prime minister while taking a jab at one of Italy's revered culinary traditions. The novelty pie was topped with — you guessed it — smoked reindeer, along with cheese, red onion, and chanterelle mushrooms on a rye crust.

There are plenty of creative pizza toppings out there, and not all of them succeed. In 2008, Berlusconi learned that revenge is a dish best served out of a 500 degree oven, when Kotipizza entered their reindeer-adorned "Pizza Berlusconi" into the Plate International Pizza Contest held in New York City and won first place, besting the Italian-Americans' pizza entry, per FinnStyle.

Door for diplomacy on Ukraine is open, Finland’s Haavisto says

There’s still time to dial back the tension between Russia and Ukraine, backed by western countries, according to Finnish Foreign Minister Pekka Haavisto.

“There will be a strong reaction by the European Union if any violent attacks against Ukraine will happen, but I think the door for diplomacy is still open and it’s very important to use that,” Haavisto said in an interview on Bloomberg TV on Wednesday. “In these kinds of circumstances we have to be ready for everything.”

Haavisto underlined that Finland, a neighbor to Russia, is not currently seeking membership in the North Atlantic Treaty Organization, though works closely with the military alliance.

“We do not accept any thinking of spheres of influence in Europe where countries are divided,” he said. “Every country has the right to choose if they are allied or non-allied and this includes also Finland.”

The Government of Finland has made a voluntary contribution of €500,000 to support the implementation of the Council of Europe Action Plan for Ukraine 2018-2022.

This Action Plan aims to continue accompanying Ukraine in its efforts to bring legislation, institutions and practice further into line with European standards in the areas of human rights, the rule of law and democracy and, through this, to support Ukraine in meeting its obligations as a Council of Europe member state.

Ambassador Nina Nordström, Permanent Representative of Finland to the Council of Europe, met with Mr Bjørn Berge, Deputy Secretary General, on this occasion.

Original story was published by Council of Europe on 18.01.2022 and can be found here.

As innovators and scientists race to develop animal-free alternatives to chicken eggs, a research team in Finland has created a new egg white alternative made from fungi; the development could represent the first of its kind. Like The Every Company, precision fermentation was used to create the sustainable, animal-free albumin. The product requires up to 90 percent less land than conventional chicken egg farming. The vegan eggs will also produce 55 percent fewer greenhouse gasses.

Egg white powder was identified by the Future Sustainable Food Systems research group as a key food industry ingredient, with its hefty environmental footprint underlining a need for sustainable alternatives. The team behind the fungi-based egg whites is looking to meet protein requirements without the planetary impact.

Original story was published by Green Queen on 23.01.2022 and can be found here.

Finnish Design: Aesthetics Rooted in a Connection With Nature

Japanese people have a fascination with Finnish design. That is not surprising, as there are striking similarities in the two cultures’ design aesthetics. The quiet simplicity of forms and lines and an instinctive attention to natural materials and textures are among them.

Visitors will be able to experience Finland’s influence on the design, furniture, arts, and crafts in Finnish Design for Everyday Life – Patterns and Forms Inspired by Nature at The Bukamura Museum of Art through January 30th. Supervised by the Helsinki Art Museum, this exhibition is a joyful journey through Finland’s history and natural environment. It surveys the impact of Finnish creativity as exemplified by 250 works from the country’s foremost architects, designers, artists, and craftspeople. Architect Alvar Aalto, industrial designer Kaj Franck of Arabia (iittala), cartoonist Tove Jansson, ceramic artist Rut Bryk, and textile designers Aini Vaari of Finlayson and Maija Isola of Marimekko are among its stars.