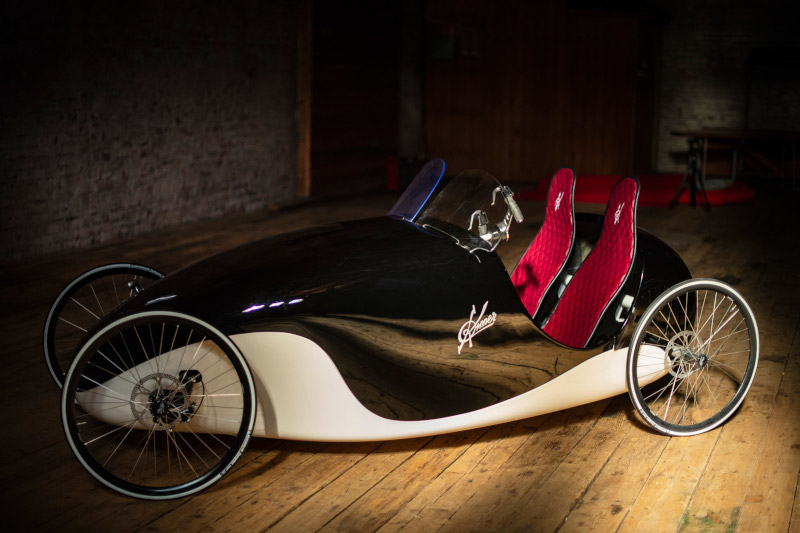 The Kinner has been praised for its sleek and elegant design, which resembles that of a classic car/Image credit: Kinner

Multiple media outlets reported that Finland is set to establish a state-owned company to help people with disabilities find employment in the country.

The initiative, called the Work Ability Programme, is part of the country’s plan to achieve a 75 percent employment rate by 2025. It will focus on offering job opportunities to vulnerable groups and those with reduced working capacity.

The Finnish government, which is setting up a state-owned, special-purpose company called Work Channel as part of the programme, has stressed that it must be viewed as a last resort when all other attempts at employment have failed.

The country’s strategies include switching from fossil fuels to affordable, renewable energy sources and an increased use of nuclear power for energy production, as well as efficient use of water resources.

Finland’s attempts to transition to a circular economy have also helped pave the way for more sustainable models of production and consumption.

Designed by Ari Jukka Luomaranta, a Finnish guitar-maker who restores classic vehicles, the velomobile is 285 cm long and 100 cm wide, and can seat two people.

Customers will be able to choose whether the chassis of the vehicle, named Kinner, is made of carbon fiber, glass fiber or an undisclosed green, “bio-based material.”

Meanwhile, Finland is setting up a commission to probe injustices and discrimination against the Nordic indigineous population, the Sámi. Norway and Sweden have also begun attempts to make reparations for the mistreatment of the minority community.

The commission will examine the detrimental effects that state assimilation policies have had on the Sámi and explore how to adequately implement their rights as an indigineous people in Finland.

In other news, Sweden and Finland will collaborate to improve industrial exports. The two countries will cooperate to promote new technologies, attract investments and encourage innovation through joint research and development.

Working together will also enable the countries to offer a boost to small companies in the region, which would otherwise not have the resources to succeed independently.

Finland to set up employment programme for people with disabilities

The Finnish government is establishing a state-owned, special-purpose company called Work Channel (Työkanava Oy) as part of an initiative to promote employment for disadvantaged groups and people with disabilities.

Work Channel, which was inspired by Samhall—a state-owned company in Sweden that creates job opportunities for people with disabilities—will begin operating in 2022.

The company will receive funding in the form of share capital worth 20 million euros from the Finnish Sustainable Growth Programme, and will directly hire job seekers who are at an extreme disadvantage.

Original story was published by IceNews and TheMayor.eu and can be found here and here.

South African-based newspaper Daily Maverick has published a breakdown of how Finland has managed to surpass other countries in its quest to achieve sustainability.

According to Marko Saarinen, development counsellor at the Embassy of Finland in South Africa, one way that Finland has made substantial progress in its goals is by ensuring equality through access to high quality education.

Other key factors that have played a role in the country’s success include a growing emphasis on renewable sources of energy, effective groundwater resources management, business models based on a circular economy that encourages recycling and efficient waste management.

Original story was published by Daily Maverick on 26.10.2021 and can be found here.

An electricity-powered velomobile from Finland has caught the attention of vehicle aficionados. Designed by Ari Jukka Luomaranta, the aerodynamic vehicle is 285 cm long, 100 cm wide and features a 220-cm wheelbase, allowing it to be categorised as an electrically assisted bicycle in Finland.

Luomaranta hopes to mass produce the vehicle, which is named Kinner after “Kinneri,” the Finnish word for velomobile. The vehicles will be available for 1,500 euros each. Those interested can place an order with a 500-euro deposit and an estimated delivery date of April 2022.

Original story was published by FormaCar and Wonderful Engineering and can be found here and here.

Finland sets up commission to probe injustices against Sámi people

Finland is establishing a truth and reconciliation commission that will investigate the discrimination and injustices faced by the Sámi population in the country.

The community’s languages and traditional livelihoods have been threatened by state assimilation policies as well as the proliferation of modern industries such as mining and tourism.

The commission, which will submit a report by the end of November 2023, intends to make information about the Sámi people’s experiences of discrimation available to the public.

Original story was published by Bloomberg on 28.10.2021 and can be found here.

Sweden and Finland work together to boost trade

Sweden and Finland will join forces to help Nordic companies make inroads in global markets. The strategy includes encouraging collaboration between universities and promoting new technologies such as green solutions.

According to Sweden’s Minister for Foreign Trade and Nordic Affairs Anna Hallberg, Swedish-Finnish cooperation will help “counterbalance” the “fragmenting” nature of trade in global politics.

Original story was published by Euractiv on 28.10.2021 and can be found here.