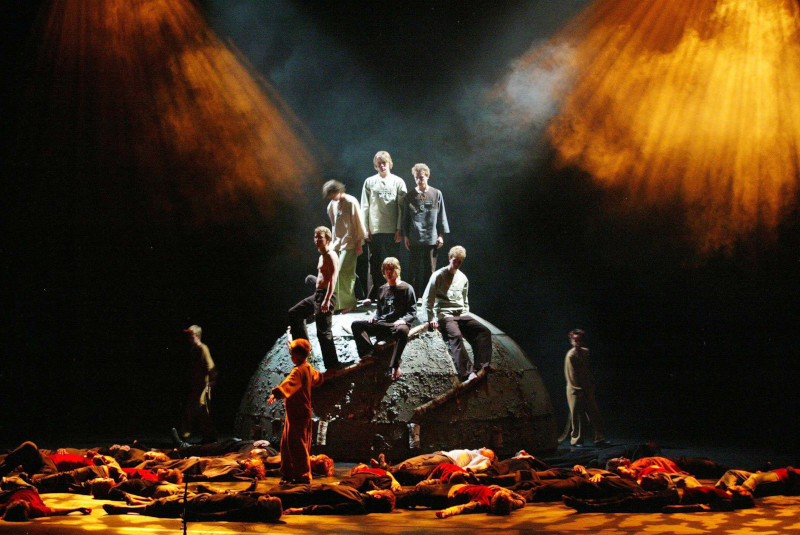 Finland’s national novel Seven Brothers (Seitsemän veljestä) came into the spotlight this week when BBC published an article highlighting its history and cultural impact. While it was not well received during its time, the seminal work has come to be inextricably linked with Finland’s national identity.

First published in 1870, Seven Brothers was the first novel written in Finnish, at a time when the language had not yet acquired legitimacy as a literary medium and the nationalist movement was just beginning to gain traction.

The book has since been adapted into numerous plays, TV shows, movies and ballets, and its themes, focusing on the power of literacy and the struggle to reconcile nature with civilisation, still resonate strongly with Finns.

The popular reality TV series I’m A Celebrity...Get Me Out of Here! is coming to Finland. Finnish broadcaster MTV has acquired the rights for a local version of the show, which will be produced by ITV Studios Finland.

According to ITV, the show is expected to begin airing in the spring of 2022 on MTV3 as well as the AVOD (advertising-based video on demand) channel MTV and the SVOD (subscription video on demand) service CMore.

The format for I’m A Celebrity, which involves placing multiple celebrities in a jungle where they must live together and perform various tasks for a period of time, has been licensed to several countries, including the U.S., Hungary, the Netherlands, Romania, Australia and India.

The defeat came as a surprise for host country Sweden, who has beaten Finland to finish first in the tournament six times so far. The match was close, but Finland’s victory was sealed by Suvi Hämäläinen, who scored three goals, including one during overtime.

The Finnish city of Lahti was in the news once again this week owing to a new, innovative project aimed at helping residents appreciate nature. The city, which is the European Green Capital 2021, has set up remote forest desks that allow people to work in natural surroundings.

The wooden Viita workstations, which have been designed by the Disruption Company (TBWA) Helsinki, are attached to trees across the city and are free for anyone to use. They will be available for the first time this autumn as part of Lahti’s Green Capital Year.

Meanwhile, the Finnish Institute for Health and Welfare (THL) has reported two deaths caused by E. coli bacteria. The institute has been alerted about seven E. coli outbreaks in different parts of the country over the last few months.

Investigations are ongoing, but the outbreaks, which began in July, have been traced to a bad batch of pre-cut lettuce. As of 24 August, there have been 57 cases.

Finland’s national novel the foundation of its identity

Seven Brothers, the first Finnish language novel, has played an indispensable role in shaping Finland’s society and culture. The story, which focuses on seven brothers who attempt to escape civilization for a simpler life in the wilderness, is deeply embedded in its national consciousness.

Finns frequently name their children after the characters in the novel, which has influenced everything from glassware design to fashion. It has also helped Finland become one of the most literate countries in the world.

The novel received scathing reviews upon its release, which contributed to the death of its author Aleksis Kivi. However, he was posthumously awarded the title of national writer of Finland, and his birthday is now celebrated as Finnish Literature Day.

Finland is set to premiere its own version of the well-known reality TV series I’m A Celebrity...Get Me Out of Here! Numerous countries, most recently Russia and Romania, have acquired the rights to the show, which first aired in the U.K. in 2002.

The Finnish version of the show will be produced by ITV Studios Finland and broadcast by MTV on its MTV3, MTV and CMore platforms. It is expected to begin airing in spring 2022.

According to Hanna Kortti, Head of Domestic Productions for MTV, the show, which has been adapted in 14 countries so far, has “one of the most successful formats in the world.”

Original story was published by EuroWeekly News and C21 Media and can be found here and here.

Finland defeated Sweden at the final match of the IFF Women's Under-19 World Floorball Championships in Uppsala, Sweden on Sunday, ending a streak of losing to the latter six times since 2004.

This is the second time that Finland has won gold at the tournament. Suvi Hämäläinen scored a final, decisive goal at the very last minute during overtime, leading Finland to a victory of 5–4.

Matilda Lindgren of Sweden and Ulla Valtola of Finland were declared the best players of the game. Czech Republic beat Switzerland on the same day to win the bronze medal.

Original story was published by Inside the Games and International Floorball Federation and can be found here and here.

The Southern Finland city of Lahti continues to live up to its title of European Green Capital 2021. It has installed standing workstations in nature sites across the city so that residents can spend more time outdoors and work remotely in forests.

The Viita-workstations, which were the result of a collaboration between Finnish design company Upwood, creative agency the Disruption Company (TBWA) and students from LAB Institute of Design and Fine Arts, are made of Finnish spruce and include a telephone, a cup holder and laptop space, as well as room for pens and purses.

Original story was published by the Construction Specifier and Little Black Book and can be found here and here.

The Finnish Institute for Health and Welfare has reported seven outbreaks of food poisoning due to E. coli bacteria that has resulted in two deaths so far. The outbreaks began at the end of July and have led to 57 cases, as of August.

Of these, 40 have been linked to the same source, which is most likely pre-cut lettuce that the patients consumed. More than a third of those affected have had to be hospitalised.

Original story was published by Fresh Plaza on 09.09.2021 and can be found here.