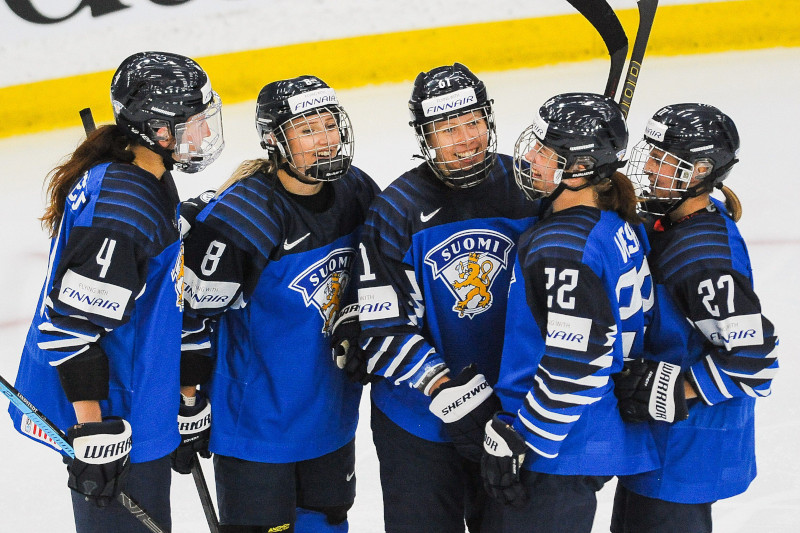 The Finnish women’s national ice hockey team skated into headlines this week after winning the bronze medal at the women’s world hockey championship.

Finland beat Switzerland 3–1 to take third place at the 2021 IIHF World Women's Championship on Tuesday. Tanja Niskanen, Ella Viitasuo and Petra Nieminen scored one goal each, while goaltender Anni Keisala made a total of 18 saves during the match.

This is the thirteenth time that the team has won bronze at the tournament, its best result being a silver win in 2019. Finland lost against the U.S. by a close 2–1 during the semi-finals.

The role of Finland’s forests in the fight against climate change was the subject of debate this week. A draft of the EU’s new forestry strategy which was leaked in June largely neglected wood-based products, while indicating that forests should be primarily used as carbon sinks (places that store more carbon than they release).

This has divided public opinion in Finland, where forests account for 70 per cent of the landmass. Industry representatives and the government believe that the country should explore the potential of replacing fossil fuels with wood-based bioenergy and products.

On the other hand, environmentalists argue that wood alone would not be an adequate substitute for all fossil fuels and that forests should not be used to promote corporate interests.

Sandstorm, the iconic instrumental track by Finnish DJ and record producer Darude, was also the focus of attention this week when ESPN published a story detailing its history and popularity in the world of sports.

The instantly recognisable, catchy tune, first released in 1999, has come to be associated with images of adrenaline and triumph in a wide array of sports across the U.S., cementing its legacy as an anthem.

Additionally, the song’s use in esports streams on platforms such as Twitch has elevated it to the status of a cultural phenomenon in the internet era.

In other news, the Embassy of Finland in Thailand is promoting gender equality through a competition titled Dream it, Be It. Girls between the ages of 15 and 18 in Thailand can send in videos to the embassy describing their dream job and hopes for the future.

The winner will get an all-expenses-paid trip to Finland, where they will stay at a study camp  for 6 days. Here, they will have the opportunity to have interesting learning experiences and meet girls their own age from around the world.

Meanwhile, Finland and Estonia have collaborated to develop a network of hiking areas to boost tourism and outdoor activities in both countries. All sites will feature amenities such as dry toilets and campsites and can be used for outdoor excursions as well as forestry, hunting, and fishing.

Captain Jenni Hiirikoski declared that she was “very proud” of the way her team played. This was the second time Finland played against Switzerland for the bronze in this tournament, the previous instance being 2012, when they lost.

A controversial shootout during a host game in Espoo enabled the U.S. to beat Finland and go on to the finals, where they were defeated 3–2 by Canada.

Original story was published by CBC Sports and the Ice Garden and can be found here and here.

Fight over Finland’s forests heats up

Heavy backlash against a leaked draft of the EU’s initial forestry strategy (part of the initiative to reduce carbon emissions by 55 per cent by 2030) resulted in permanent changes to the final policy, which now makes room for using wood to replace fossil fuels.

The move has been criticised by environmentalists in Finland and elsewhere, who believe that it was meant to appease the corporate sector and argue that using forests as carbon sinks would be a more effective means of tackling climate change.

Darude’s Sandstorm gets new lease on life as sports anthem

Sandstorm has taken the American sports world by storm, finding a spot in the playlists of coaches and athletes across the country. It has gradually become the song of choice for key uplifting moments in sports such as baseball and American football.

Sandstorm was the first track that Finnish DJ and music producer Darude (real name Toni-Ville Henrik Virtanen) released. Named after a start-up message on a synthesizer, it quickly gained a following after being uploaded on MP3.com.

It has since become a source of national pride in Finland (even being included in the centenary of Finland’s independence celebrations). The track went gold in 2010 and platinum in 2020, and has recently achieved new cultural relevance as an internet meme.

The Embassy of Finland in Thailand has introduced the “Dream It, Be It” campaign, a competition for Thai girls aged 15–18 that is meant to foster gender equality and encourage young girls to dream big.

Participants must post a two-minute long, English-language video about their dream job on social media, and forward the link to the embassy. The winner will be announced at the end of the month.

The competition has been organised in collaboration with Educamp and Finnair, and the prize is a six-day stay at an education camp in Finland, contingent on COVID-19 restrictions and the overall situation in both countries.

Original story was published by ScandAsia on 01.09.2021 and can be found here.

Metsähallitus, the state-owned Finnish forest administration, has joined forces with the State Forest Management Center (RMK) in Estonia to develop a network of hiking areas in both countries.

The network, which includes four areas in each country, offers hiking services such as dry toilets, marked routes and campsites. All sites in the network are popular destinations for nature tourism.