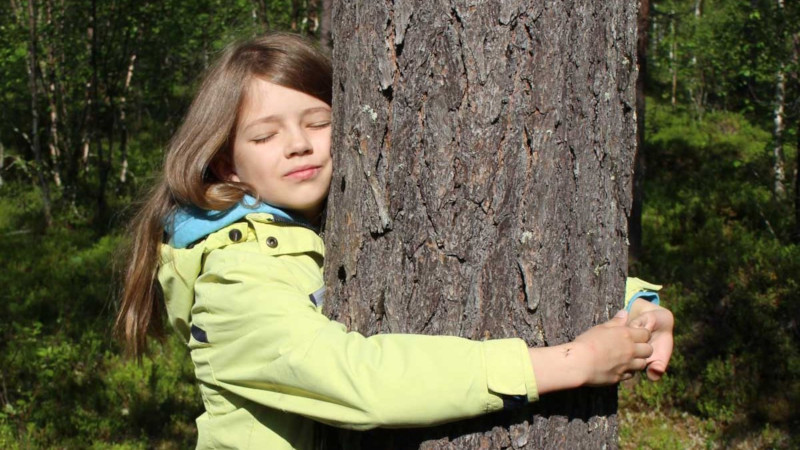 Yet another quirky Finnish custom caught the fancy of international media this week as the annual tree hugging world championships were held in the HaliPuu forest in Levi, Lapland last weekend.

Owing to travel restrictions, attendance was by invitation only; however, the organisers have encouraged anyone interested to participate in the online TreeHugging World Championships 2021. Contestants can submit a picture of themselves hugging their favourite tree by 28 August.

Finnish drone services company Flyby Guys is set to test a pharmacy drone delivery programme in Helsinki this week. The pilot programme involves transporting pharmaceutical products from the Apteekki in Lauttis, Lauttasaari to Jätkäsaari, 2 km away, via unmanned aerial vehicles.

The primary aim of the pilot is to test the suitability of drones for delivering pharmacy products and to gauge customer reactions to the new method of transport.

The scheduled trial will take place between 23rd and 29th August, with no more than seven deliveries per day, weather permitting. Customers can select the drone delivery option when ordering products online from e-apteekkari.fi.

Read Hour, a Finnish literacy initiative, also came into the spotlight this week after it was revealed that it would be introduced in the UK. The initiative, which advocates for spending at least one hour a day reading anything, was first launched in Finland three years ago.

The campaign is backed by President Sauli Niinistö and has received overwhelming support in Finnish social media. It also prominently features characters from the beloved Moomin series.

Finland’s efforts to reduce its carbon footprint were also a point of focus this week, as the country has allocated 40 million euros to develop low-carbon building solutions.

The Low Carbon Built Environment programme, which is a collaboration between the Finnish Ministry of the Environment and Business Finland, will provide funding to Finnish companies and research organisations for sustainable projects.

In other news, Raja-Jooseppi, the Northernmost checkpoint between Finland and Russia, has shifted to new premises this week. A sum of over 11 million euros has been invested in the new facilities, which are located around 800 metres west of the previous checkpoint.

The EU’s ENI Kolarctic programme, which is aimed at facilitating cooperation between the Nordics and Northwest Russia, covered 90 per cent of the construction costs. According to the Finnish Border Guard, the new premises will be officially inaugurated sometime later this year.

The second annual tree hugging world championship took place in the HaliPuu forest in Levi, Lapland this year. Reigning champion Stefania from Italy was declared the overall best tree hugger for the second time in a row.

Representatives from Australia and Hungary won the dedication round by effectively demonstrating their passion for tree hugging, while Scotland scored the highest in the freestyle category. Anya from Switzerland won the speed category after hugging nearly 11 trees in one minute.

The virtual competition, which is open to people around the world, will end on 28 August. The prize includes a train trip for two from Helsinki to Lapland and a week’s stay at a hotel in Levi.

Original story was published by the Barents Observer and Femina and can be found here and here.

A pilot programme by drone services company FlyBy Guys will trial using drones to deliver pharmaceutical products to customers in Helsinki. The programme will fly the products, stored in temperature-controlled packaging, from Lauttasaari to Jätkasaari from 23rd to 29th August.

Customers can order a selection of drug-free pharmaceutical goods from the Lauttis Apteekki online store, which offers drone delivery as an option. The products will then be flown to a landing point in Saukontori, Jätkäsaari, where they can be picked up.

The trial will use a DJI M600 drone, piloted by the Managing Director of FlyGuys Stephen Sutton. It will also explore how to keep noise levels down during the flight to prevent any hindrance to local bird life.

Original story was published by Dronelife on 24.08.2021 and can be found here.

Finnish Read Hour initiative to be launched in UK

The UK is set to introduce Finland’s Read Hour literacy initiative in September. Read Hour is resoundingly popular in Finland, with thousands posting about their participation in the initiative on social media every year.

The campaign encourages people to read, either alone or with companions, for one hour a day. The reading material could be anything from graphic novels to magazines.

In the UK, the initiative will be backed by bookstores such as Macmillan Children’s Books and Waterstones, which will hold special events for the same. Celebrities such as Jennifer Saunders have also expressed their support.

Original story was published by The Bookseller on 20.08.2021 and can be found here.

Finland’s Ministry of the Environment, in collaboration with Business Finland, will be launching the Low Carbon Built Environment programme to finance sustainable projects for developing low-carbon building solutions.

The 40 million euros allocated for the programme will be provided by both the ministry and Business Finland. The funding will support research, development and innovation for projects related to construction, design, property, management, infrastructure, energy and so on till 2032.

Original story was published by theMayor.eu on 23.08.2021 and can be found here.

The premises of the Customs and Border Crossing Point of Raja-Jooseppi—the northernmost checkpoint between the EU and Russia—have been shifted 800 metres to the west at new facilities.

The roof of the new facilities covers all four traffic lanes, enabling more comfortable operations for travellers as well as staff, especially during winter. The checkpoint will also use solar power whenever possible.

Original story was published by the Barents Observer on 24. 08.2021 and can be found here.