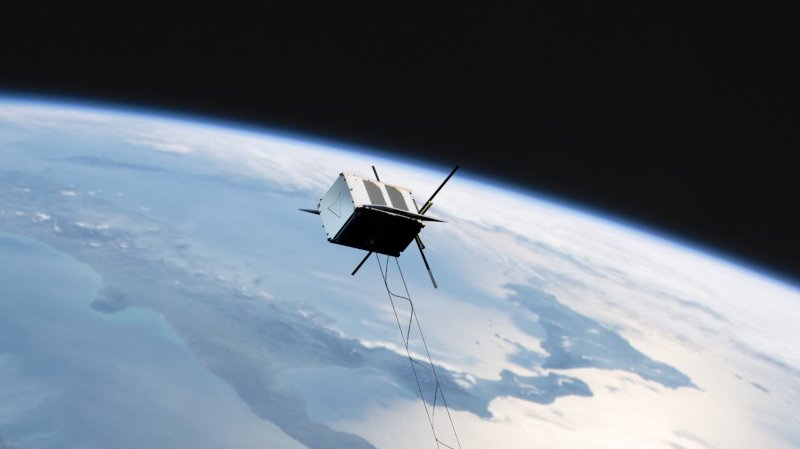 Finland’s efforts to increase its hydrogen capabilities were highlighted this week, with hydrogen-focused magazine H2 View reporting that the country is set to construct its first green hydrogen production plant.

The plant, which will have a capacity of 20MW, will be built in the municipality of Harjavalta in Western Finland. When commissioned, it will generate green hydrogen to power industrial applications.

The facility will also provide oxygen and thermal energy, made as by-products. The project is being developed by Finnish green hydrogen producer P2X Solutions.

Space junk refers to debris from objects such as satellites that are still in space but are no longer functional. Experts estimate that there are currently millions of pieces of debris orbiting the Earth, and the declining cost of space technology will likely result in even more.

The AuroraSat-1 CubeSat, developed and operated by Finnish company Aurora Propulsion Technologies, contains systems that will help bring satellites back to Earth. It will be launched aboard the Rocket Lab Electron spacecraft at the end of the year.

Meanwhile, researchers at the University of Helsinki have found that the raccoon dog (Nyctereutes procyonoides), a member of the canid (dog) family closely related to the fox, poses a significant threat to Finland’s waterbirds.

Field experiments conducted by the Helsinki team, in collaboration with researchers from other universities, found that raccoon dogs and other invasive species are the primary cause of the decline in waterbird species such as ducks.

The experiments involved setting up wildlife cameras, which recorded mammalian predators attacking artificial nests. While several nests were visited by multiple predators, raccoon dogs were revealed to be the most common attacker in Finland.

Finnish energy firm Fortum also made headlines this week after announcing that it will shut down nearly 40 per cent of its coal plants sooner than expected.

The move comes as several countries across the globe are looking to decrease coal use to counter climate change. The company, which is primarily state-owned, announced plans to become carbon neutral by 2050.

In other news, Finland’s flag carrier Finnair is no longer accepting cloth face masks on its flights. In a statement, the airline noted that fabrics are not as efficient as surgical masks in terms of preventing passengers from spreading or being exposed to the virus.

The new guidelines took effect from 16 August. Finnair also emphasised that passengers must keep their masks on throughout the flight and at all airport facilities, except when eating or drinking.

The 20MW plant will generate clean energy for local industries, helping the municipality of Harjavalta achieve its goal of carbon neutrality and enabling Finland to enter the booming hydrogen market.

Construction on the facility is set to begin in autumn 2022 and the plant is expected to start operations sometime in 2024.

Finnish aerospace company Aurora Propulsion Technologies will be sending AuroraSat-1—a CubeSat with technology intended to solve the problem of space junk—into space for the first time this year.

The tiny satellite, which will be launched into low Earth orbit aboard a Rocket Lab Electron rocket, contains an electrically charged microtether that can generate drag to de-orbit satellites. The AuroraSat-1’s “resistojet” thrusters, which are designed to help CubeSats detumble, will also be tested.

Original story was published by TechCrunch, Space.com and SpaceNews and can be found here, here and here.

Field experiments conducted by researchers in Finland have revealed that raccoon dogs are largely to blame for the decline in the country’s waterbird population. Over half the species of ducks in Finland are currently endangered or under threat.

With the help of wildlife cameras, teams in Finland and Denmark tracked artificial nests placed in natural duck nesting environments. Red foxes were revealed to be the predominant nest predators in Denmark, while in Finland, nests were most commonly attacked by raccoon dogs.

Raccoon dogs are native to Southeast Asia and were first introduced in Finland in the 1930s. They are currently among the top three most common predators in the country.

Finnair has stopped permitting passengers to use face masks made of fabric on flights and recommends they be replaced with the more effective valve-free surgical, FFP2 or FFP3 respirator masks.

Passengers who cannot wear a mask due to a medical condition have to inform the airline at least 72 hours before the flight. While travellers need to keep their mouth and nose covered with a mask during flights and at airport facilities, they can remove it for a limited time when eating or drinking.

Original story was published by SchengenVisaInfo.com on 17.08.2021 and can be found here.

Finnish energy firm Fortum has said that it will accelerate the closure of nearly 40 per cent of its coal-fired generation capacity across the globe. In December, the company announced plans to divest its retail businesses and become carbon neutral by 2050.

The Finnish government, which is a majority stakeholder in the company, has been looking to replace coal with more sustainable means of electricity generation in an effort to combat climate change.