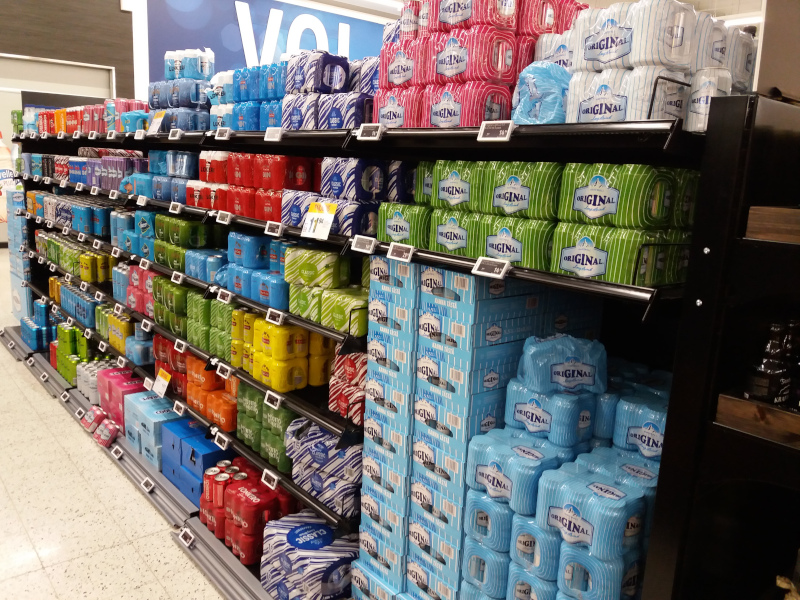 Finland’s iconic and ubiquitous "lonkero" (a traditional gin-based drink) was the subject of discussion this week, with Forbes publishing an article on the growing popularity of Long Drink—an alcoholic beverage inspired by lonkero—in the U.S.

The brand has recently become a trend among celebrities such as Kim Kardashian, and has received financial backing from the likes of actor Miles Teller.

The beverage was first introduced to the U.S. by American entrepreneur Evan Burns, a Long Drink co-founder who sought to expand the brand’s presence outside the Nordics. The company recently raised $25 million in funding in the country.

Several international papers reported on a new discovery related to the mysterious 1,000-year-old remains of a Finnish warrior this week. A grave containing the skeleton, which was buried in women’s clothing, was first unearthed in Suontaka Vesitorninmäki, Hattula (Southern Finland) in 1968.

New DNA evidence suggests that the warrior had an extra X chromosome and was likely an intersex person. The presence of weapons and jewellery initially led scientists to believe the grave either belonged to a high-ranking woman or contained two bodies (male and female).

DNA tests and soil samples now indicate that it was one person who had a genetic condition known as Klinefelter syndrome. The condition often causes symptoms such as enlarged breasts and reduced facial and body hair in people who are genetically male.

A monastery in Finland was also featured in the news this week after its monks resorted to forestry to make up for the loss of income caused by the COVID-19 pandemic.

The brotherhood of the Orthodox monastery of Valamo—Finland’s only Orthodox Christian monastery—has cut down and sold four years’ worth of trees in the neighbouring forest instantaneously.

The monks bought the forests when they fled to Heinävesi (North Karelia) after World War II. The income from the sustainable timber has enabled the monastery to withstand the worst economic effects of the pandemic.

Finnish start-up Rens Original was also the focus of media attention this week.  The sustainable sneaker brand is seeking to raise $1 million in funding via a Kickstarter (crowdfunding) campaign.

Founded by Vietnamese students Jesse Tran and Son Chu in 2017, the company uses recyclable materials such as coffee grounds and plastic waste to manufacture sneakers.

Meanwhile, in a bid to prevent accidents and improve traffic safety, the City of Helsinki is introducing a free training programme for cyclists.

The city has collaborated with the Helsinki Cyclists’ Association to provide a course consisting of five classes. The course will teach cyclists how to avoid cars and which paths to follow when on the main road.

Finnish Long Drink stirs up interest in the U.S.

The drink (originally made with gin and grapefruit soda) dates back to 1952, when it was developed for the Summer Olympics held in Helsinki. Evan Burns, one of the co-founders of Long Drink, came across the beverage when he visited Finland and has been instrumental in introducing it to other countries since then.

Long Drink was first launched in New York City in 2018 and has since been made available in 40 states across the U.S. Actor Miles Teller, music producer Kygo, and professional golfer Rickie Fowler are among the celebrities that have invested in the brand.

DNA tests have revealed that mysterious 1000-year-old remains first discovered in Finland in 1968 could have belonged to an intersex warrior. Researchers have been baffled by the individual, who was buried in typical women’s clothing from the Middle Ages.

DNA and soil sample tests now suggest that the warrior had a genetic condition known as Klinefelter syndrome, which causes males to be born with an extra X chromosome. The syndrome currently affects around 1 in every 660 males.

The warrior’s grave, located in Hattula, Southern Finland, dates back to between 1050 and 1300 AD and contains a soft feather blanket, along with furs and jewellery, which indicate that the individual had high social status.

The monks of Finland’s Orthodox monastery of Valamo have turned to forestry to help recoup the economic losses they suffered during the COVID-19 crisis.

Threatened with losing about a third of the monastery's annual revenues (3 million euros) due to a lack of visitors, the brotherhood opted to chop and sell four years’ worth of trees in their forests at one go.

The monks have enlisted the help of forestry experts to manage the Valamo forest, and have obtained Forest Stewardship Council (FSC) certification for the timber, which enables them to sell it at a higher price.

Finnish start-up Rens Original, which is known for producing sustainable sneakers from coffee grounds, is looking to expand its products and global reach by launching Finland’s biggest Kickstarter campaign for its new Nomad shoes.

The company also launched its first Original sneaker in 2019 via a Kickstarter campaign that raised $500,000. After the COVID-19 crisis hit, Rens shifted its shoe production to Vietnam.

The Nomad shoe, which will incorporate patented “skystep” ventilation technology, provides complete waterproof protection and is meant for hiking, walking and running in a variety of conditions.

Original story was published by FashionUnited and ScandAsia and can be found here and here.

In line with its goal to become the third-most bicycle-friendly city in the world, the City of Helsinki is offering a free, five-class course that teaches cyclists how to be safer on the road.

The training, which will take place every Wednesday from 6 to 8 p.m. in August, will help cyclists get acquainted with new road traffic legislation and teach them how to ride among vehicles in a safe manner.

Original story was published by theMayor.eu on 05.08.2021 and can be found here.