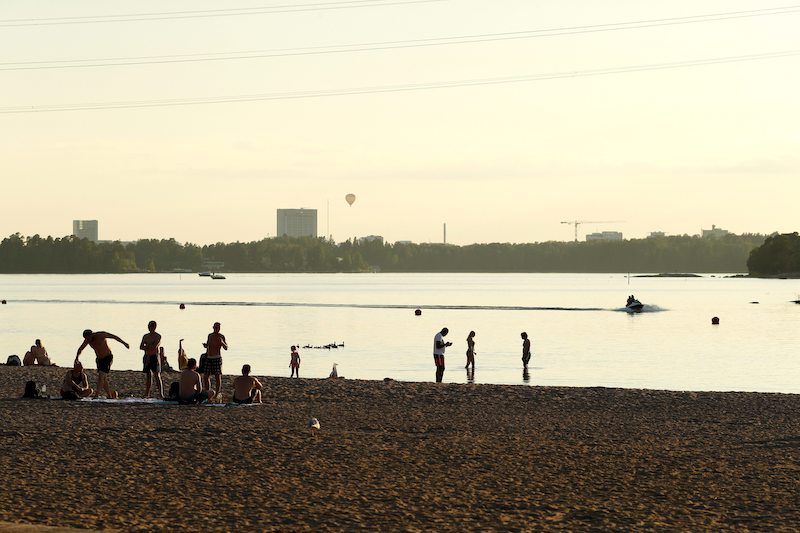 THE FINNISH WEATHER was a surprise point of focus in the world press this week, following a Nordic heatwave that has shattered records and brought previously unthinkable temperatures the northernmost reaches of Lapland.

The Guardian was one of the first to cover the rising mercury in Finland, noting that temperatures in Lapland had hit their highest levels since 1914, with a reading of 33.6C in Kevo, Lapland. Several outlets compared the heatwave, which is set to continue and even intensify for the foreseeable future, to ongoing events in British Columbia and the Pacific Northwest. There, temperatures have surpassed all-time records and killed hundreds of people, as 50C heat causes lakes to dry up and forest fires to rage.

The Independent also covered the rising temperatures, focusing on the ‘hometown of Santa Claus’ being much hotter than usual. The story also made the splash in Sky News, Al Jazeera, and RTE, among others.

Original stories were published in The Guardian, The Independent, Sky News, Al Jazeera, and RTE.

Several outlets this week covered renewed attempts by Finnish conservationists to improve the populations of ringed Saimaa seal, one of the world’s most endangered species of seal. The iconic mammals, which have seen their population levels across Lake Saimaa recover modestly in recent years, have been in the news once more after authorities refused to continue bans on net fishing in the region, which is known to be a major killer of the seals.

Reporters from international outlets such as France24 and Euro News headed to the region to speak to conservationists, as well as to hear the views of local holidaymakers who enjoy net fishing for vendace as a popular summer pastime.

This week Al Jazeera sat down with Suldaan Said Ahmed, the Helsinki City Counsellor and Left Alliance MP who became the first person with a refugee background to be elected to high office in Finland. The outlet discussed Ahmed’s childhood in Mogadishu, xenophobia in Finland, and his struggles with the Finnish far-right since becoming an elected official. Ahmed also discussed with the outlet his hopes for Helsinki in the future and the things about the city that inspired him to pursue a political career.