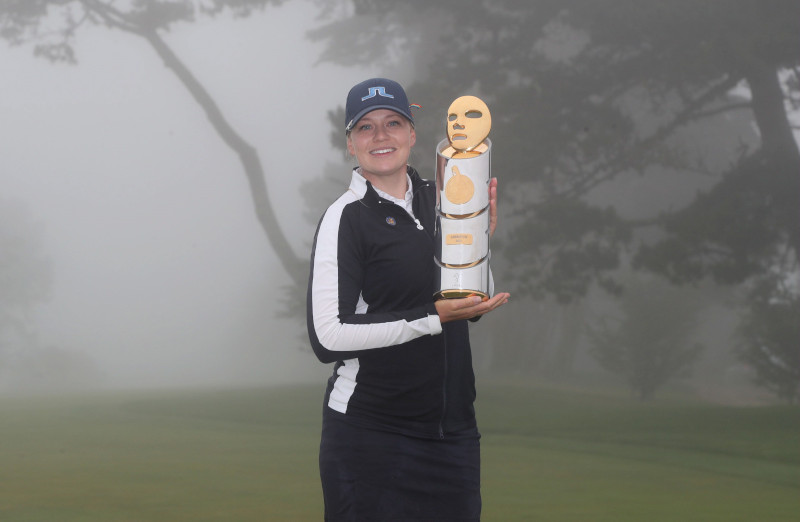 Castren, 26, beat Taiwan’s Min Lee to cinch the final round at the LPGA Mediheal Championship, which took place on Sunday at Lake Merced Golf Club in Daly City, California (US).

Prior to her win, Castren’s best LPGA finish was an eighth-place tie at the 2020 Drive On Championship in Georgia, US.

Finland’s rare Saimaa ringed seals were also featured in the news this week as their uncertain future was brought into focus. Climate change, a boom in tourism and fishing are key threats facing the endangered species—one of the few freshwater seals in the world.

Activists such as retired photographer Juha Taskinen have been working tirelessly to draw attention to the plight of the animals for the past few decades.

While the Saimaa ringed seal population has grown from only around a 100 to approximately 430 since the seventies, the survival of the species remains threatened by increasingly warmer winters and commercial fishing nets.

The international media was also abuzz with the news that an ambitious brewery in Finland has begun using goose droppings to produce beer.

According to a statement, the droppings—which are gathered from local parks where they cause a mess—are used in a “food-safe way to smoke malt.” The unique and environmentally friendly brew is one of three beers that are intended to draw attention to waste utilisation.

Additionally, newspapers reported that Adidas plans to invest 3 million euros in Finnish sustainable material company Spinnova. The German multinational corporation, which is the largest sportswear manufacturer in Europe, is seeking to make its products more sustainable.

Spinnova has developed a patented technology that produces textile fibre out of wood or agricultural waste. The funding from Adidas would bring the total investment in the company’s planned initial public offering to 58 million euros.

Meanwhile, Finland and Spain have agreed to collaborate to tackle depopulation and insularity. Depopulation—a significant reduction in an area’s population—could lead to economic problems and other challenges.

Both countries hope to make the issues a priority for the EU, particularly when the organisation designs new policies. The State Secretary for the European Union, Juan González-Barba, visited Finland accompanied by representatives from Spain’s Aragon, Castile-La Mancha, Castile and Leon and the Balearic Islands.

Matilda Castren made history this week when she became the first Finnish winner in LPGA history. The 26-year-old beat Taiwan’s Min Lee, despite starting two strokes behind her, with a final birdie putt that propelled her to first place at the LPGA Mediheal Championship on Sunday.

This was the fifteenth start on the LPGA for Castren, who jokingly commented that a lot of people in her home country must have lost sleep, as she teed off at 1 a.m. Finnish time.

The golfer also confessed that she had her doubts about snapping up the title and said she hopes that her win will inspire young girls to aim high and pursue their dreams.

Original story was published by Golfweek on 13.06.2021 and can be found here.

The Saimaa seals, a rare subspecies of ringed seal (Pusa hispida), have become a beloved icon in Finland; however, they are facing extinction due to factors such as climate change, post-pandemic tourism and net fishing.

Through his work, Juha Taskinen—who has been bestowed the title of “Norppa” in Finland—has publicised the precarious situation faced by the endangered animals. While Taskinen and others helped restore the seals’ population to an extent, their future remains uncertain.

The animals have gradually grown accustomed to tourists, who often visit Lake Saimaa on boats and jetskis. Taskinen believes that this is a good sign as they have returned to areas where they were once hunted.

Original story was published by Atlas Obscura on 16.06.2021 and can be found here.

Finnish microbrewery Ant Brew is introducing a new stout beer that is made using goose droppings. The experimental brew has been inspired by the beer company’s home city of Lahti, which is the European Green Capital 2021.

According to a statement released by Ant Brew, the droppings are used in a “food-safe way to smoke malt to create a unique stout beer,” and have been collected from local parks, thereby achieving the dual purpose of cleaning the city’s surroundings.

The new beer, which is named Wasted Potential Imperial Stout, is reportedly the brewery’s way of starting a discussion about “utilisation of waste, urban farming, and local and wild food among beer enthusiasts.”

The sustainable material company is currently constructing its first commercial factory in Finland with Brazil-based wood raw material supplier Suzano. It is also launching a facility that will produce fibre from leather waste.

Adidas is seeking ways to incorporate more sustainable materials in its products, and is also collaborating with Finnish start-up Infinited Fiber to research technology that would convert used clothes into a cotton-like material.

Finland and Spain to collaborate on tackling depopulation and insularity

EU State Secretary Juan Gonzalez-Barba visited Finland, along with delegations from the autonomous Spanish regions of Aragon, Castile-La Mancha, Castile and Leon and the Balearic Islands, to enable cooperation on issues of common interest—in particular the challenges of depopulation and insularity—with the aim of making them a priority for EU policies.

This was the first time the State Secretary for the EU has travelled with regional representatives to an EU country for bilateral talks. The economies of inhabited islands have been hit particularly hard by the COVID-19 pandemic.

The delegation held meetings in the city of Oulu as well as the Åland Islands, which  are currently the only European island region with political autonomy in the Baltic Sea.

Original story was published by MarketScreener on 16.06.2021 and can be found here.