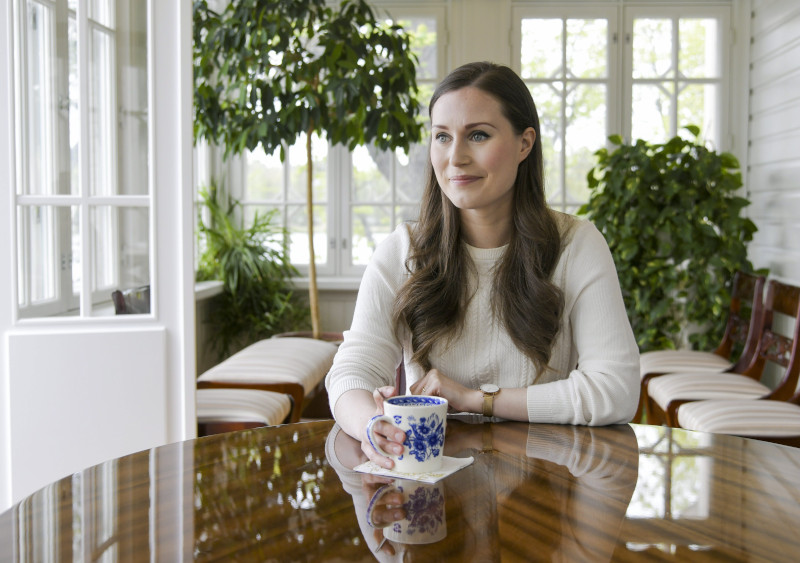 The controversy surrounding Finnish Prime Minister Sanna Marin’s breakfast expenses made international headlines this week, with the story being covered by newspapers in France, Sweden and Italy, as well as non-European countries.

French daily Le Monde called the affair—dubbed breakfastgate by several newspapers—a “political conflict,” also describing it as a “storm in a glass of water” from an international perspective. US-based Politico has also been following developments on the story.

Marin has been at the centre of a media storm ever since Finnish tabloid Iltalehti broke the news that the Prime Minister’s Office has been using taxpayer’s money to provide her family with subsidised breakfasts.

Police are currently conducting an investigation into the actions of officials. The prime minister, who is currently not suspected of any wrongdoing, has stated that she will pay for her family’s food herself during the investigation.

Finnish startup MaaS Global Oy was also in the news this week for its successful attempts to reduce carbon emissions by tackling car addiction. The company is behind the mobile app Whim, which has reportedly induced 12 per cent of Helsinki residents to give up their car.

The app is currently available in multiple European cities as well as Tokyo. According to MaaS Global, Whim has the potential to mitigate pollution as well as urban congestion by preserving freedom of movement.

The app, which has up to 300,000 users around the world, offers a wide range of services that include electric scooters, public transport, city bikes and fixed-price taxis for short distances. It enables users to plan and pay for a trip via the same service.

International media also covered Finland’s progress in reducing greenhouse gas emissions. According to the Finnish Environment Institute (SYKE), the country’s climate emissions dropped by 5.5 per cent in 2019 compared to the previous year.

Jyri Seppala, director of the Center for Sustainable Consumption and Production at SYKE, has called the trend encouraging and hopes that it will continue after the pandemic is over.

According to SYKE, the reduction in emissions can be attributed to increased wind power generation, the replacement of oil heating with other methods, cleaner electricity generation and decreased use of fossil fuels and peat for district heating.

Estonian papers criticised the lack of progress in easing travel restrictions between Estonia and Finland this week. According to ERR news, despite multiple discussions between officials from both countries, the issue has not been resolved or moved forward.

Thousands of Estonians have been prevented from regularly commuting to Finland for work  since the rapid rise of coronavirus cases in Estonia in December. However, the EU’s digital coronavirus passport represents a potential solution.

Meanwhile, a new report by the Finnish Institute for Health and Welfare (THL) suggests that smoking and vaping rates are on the decline in Finland.

The report examined the use of cigarettes, e-cigarettes and snus in the country between 2000 and 2019, and found that while the use of the first two has decreased over the years, snus is becoming increasingly popular among Finland’s youth.

The story was picked up by several newspapers in Asian countries such as India and Pakistan as well as other European countries, including Italy and the Netherlands.

The topic has generated several lively discussions on social media platforms, with many contrasting the situation in Finland to that of other countries. Numerous commenters have pointed out how leaders of other nations are rarely subjected to the same level of public scrutiny as Marin.

Whim, an app developed by Finnish startup MaaS Global Oy, has reportedly convinced 12 per cent of residents in Helsinki to abandon their cars and the same amount to say that they will.

The company aims to target car addiction and cut emissions in the transport sector by helping create a world where owning a car is less convenient than using an app. Whim recently merged with Spanish rival app Wondo (developed by infrastructure company Ferrovial SA).

Both apps offer users the ability to plan optimal routes to their destination, while also enabling them to buy tickets or book vehicles. Whim provides pay-as-you-go plans as well as monthly subscriptions.

Original story was published by Business Standard on 30.05.2021 and can be found here.

Finland’s climate emissions on the decline

According to data from the Finnish Environment Institute (SYKE), Finland’s climate emission rate dropped by 5.5 percent in 2019 compared to the previous year owing to measures such as replacing oil heating with other methods of heating, decreasing the use of fossil fuels and using cleaner sources of energy.

Road transport was the main source of emissions in Finland in 2019, accounting for 25 per cent of the total. Finland aims to be carbon-neutral and the world’s first fossil-free welfare society by 2035.

According to a new study by THL, smoking witnessed a steady decline in Finland during the period 2000–2019. Around 14 per cent of people aged 20–64 were daily smokers in 2018, with a significant decrease recorded in all educational groups.

Additionally, e-cigarette use has decreased among adolescents as well as adults, with only two percent of 20–64-year-old adults vaping daily in 2018.

However, a growing number of adolescents, especially boys, have been consuming snus. In 2019, 15 per cent of vocational school students used snus on a daily basis. As per the 2016 Finnish Tobacco Act, Finland aims to be tobacco and nicotine free by 2030.

Original story was published by Vaping Post on 26.05.2021 and can be found here.

EU corona passport could ease travel between Finland and Estonia

Estonian newspaper ERR reports that despite ongoing bilateral talks between the two countries, little progress has been made to loosen coronavirus travel restrictions between Finland and Estonia.

Representatives from the Finnish Embassy in Estonia have revealed that legislation is being prepared to ease movement restrictions for those who hold a EU digital corona certificate confirming vaccination.