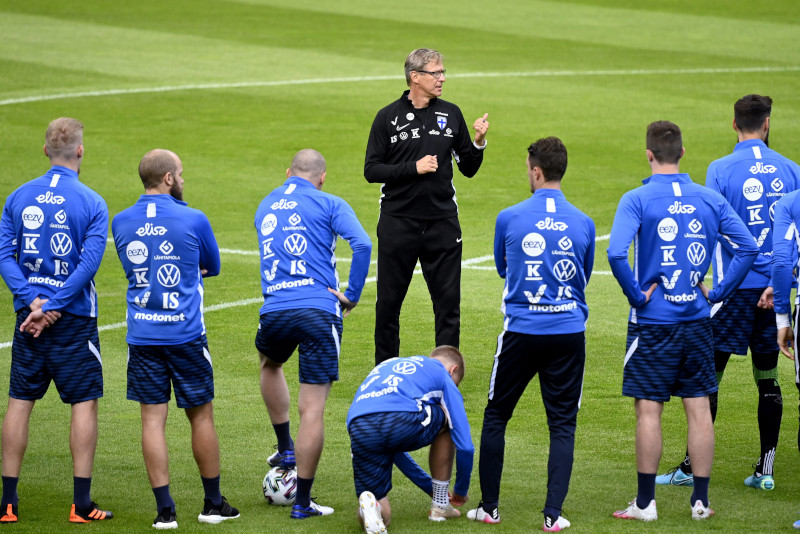 The Finnish national football team has received significant coverage from international media after they qualified for the finals of the 2020 edition of the UEFA European championship (Euro).

This is the first time that Finland has made it to the finals of a major tournament, with their biggest achievement till now being a fourth-place finish at the 1912 Olympics when the country was still part of Russia.

The Finnish team will be modelling their strategy for success on Nordic neighbours Iceland and Sweden, which have consistently fared well in major international football tournaments.

The Finnish postal service Posti was also the centre of attention this week for its innovative use of technology and ability to adapt to the digital age.

The company has teamed up with Infosys to enable new services and platforms that increase efficiency and enhance the work environment. It now makes use of a gamified rewards program to engage and incentivise employees.

Posti also uses robotic process automation (RPA) to automate tedious and repetitive manual tasks such as invoice handling to decrease workloads and increase the productivity of employees, freeing up time and enabling them to focus on customers.

Finland’s attempts to win a seat on the UN Human Rights Council for 2022–2024 also came into focus this week as advocates highlighted reasons why the country deserves a spot.

Many, including Finland’s ambassador to South Africa, believe the Nordic country could and should be a shoo-in for the spot, especially considering how certain countries in the council have questionable human rights records.

In other news, the Finnish government has approved plans for a multibillion-euro initiative aimed at driving the development of 5G for export opportunities.

The 5G Project Initiative (5G-PI) is spearheaded by Business Finland and has already recruited private partners such as telecoms company Nokia, which will  provide an initial 50 million euros to the project.

Meanwhile, health authorities in the country are attempting to tackle a rise in the number of cryptosporidium infections. Cryptosporidium is a microscopic parasite that can cause cryptosporidiosis—a respiratory and gastrointestinal illness—when ingested.

Finland registered 571 cases of cryptosporidiosis in 2020, nearly 30 times higher than that of 2010. Most of the infections can be traced back to contact with farm animals, in particular, cattle.

Finland will finally make its debut in the finals of the Euro 2020 this year. The team, which is led by captain Tim Sparv and includes renowned striker Teemu Pukki, will base their template for success in the tournament on neighbouring countries Iceland and Sweden.

Sparv has said that Sweden in particular frequently qualifies for major tournaments and hopes that Finland will reach the same level in coming decades. This year’s team also notably includes the midfielders Glen Kamara and Robin Lod.

Finland will face Denmark, Russia and Belgium in Group B next month. The team qualified for the Euros after they beat Liechtenstein by 3–0, eventually finishing second in Group J.

RPA has enabled Posti to process 7,000 invoices within two months, thereby reducing the workload on the Accounts Payable team. Posti also uses gamification techniques to increase competition and reward employees as a means of decreasing the churn of the delivery workforce.

Finland’s impressive track record on human rights has come into focus in light of the country’s efforts to win a seat on the UN Human Rights Council for the period 2022 to 2024.

There are three seats in the “Western European and other group (WEOG)” category of states for the council, and Finland will be competing with Italy, Luxembourg and the US for a spot. The countries will be elected to the council according to a staggered voting system.

Prime Minister Marin has stated that if Finland wins the seat, it will focus primarily on the rights of women and girls, along with climate change, bridging the digital divide and human rights.

Original story was published by Daily Maverick on 25.05.2021 and can be found here.

State-owned Business Finland is calling for technology companies to invest in 5G research and development through its 5G Project Initiative (5G-PI) project.

The project primarily seeks to develop solutions for industrial applications of 5G, with the ultimate aim of creating a multibillion-euro export product.

Business Finland will initially contribute 20 million euros to the project. Finnish telecoms company Nokia and Technology Industries of Finland (TIF/ Teknologiateollisuus), a lobbying organisation for IT firms in the country, have already signed on.

Original story was published by Computer Weekly on 11.05.2021 and can be found here.

Despite coronavirus restrictions, Finland has witnessed a rise in the number of cases of cryptosporidiosis, a respiratory and gastrointestinal illness which has diarrhea as its main symptom.

According to the Finnish Institute for Health and Welfare (THL), the parasite cryptosporidium has been increasingly found in cattle in recent years and most of those who contracted the disease have been in contact with farm animals.

Original story was published by Food Safety News on 25.05.2021 and can be found here.