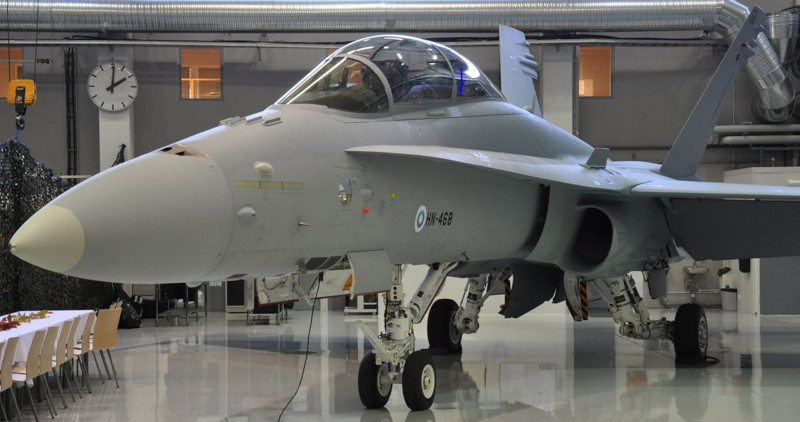 The Finnish city of Tampere has been in the spotlight after it recently announced its intention to run for the title of European Capital of Culture for 2026.

The Tampere26 application is centred on the theme of “Equality European” and will focus on the core values of equality, diversity, accessibility and sustainability. It seeks to promote equality through cultural activities and discussions.

The cultural programme will include events such as the Moomin on Ice ballet, which will be held at the new Uros Live Arena (a venue that can hold over 13,000 spectators).

Also in the news this week was Finland’s HX Fighter Program, which seeks to find a replacement for the country’s current fighter aircraft. The final bids for the 10 billion- euro-project came in last week.

Competitors include aerospace giants Saab, Lockheed Martin and Boeing. The deadline for submitting proposals was last Friday. The Finnish Air Force’s F-18 Hornets have been in service for around 30 years.

Finnair also made headlines this week when it announced a collaboration with food delivery brand Foodora which will enable customers to have the air carrier’s signature meals delivered right to their doorstep.

The national airline has been selling business class meals under the Taste of Finnair brand in supermarkets across the country for six months now.

Meanwhile, it was a good week for Finnish tech companies as two firms received funding from investors.

True Ventures, a venture firm from Silicon Valley, is the lead investor in the company. Other investors in the current round of funding include Amazon’s Alexa Fund and MPL Ventures LLP.

The company claims to produce the thinnest (0.3 mm) and lightest waveguide displays in the world, which can provide an unobstructed real-world view for AR glasses that can be worn all day.

The Southern Finland city of Tampere, which is known for being the sauna capital of the world, has put in a bid for the title of European Capital of Culture in 2026.

The city, along with 19 municipalities in the Pirkanmaa region, will organise a cultural programme that has been developed in collaboration with 150 international partners.

The Tampere26 programme will include a variety of small as well as large-scale projects that have been assembled from over 1000 proposals, from activities that celebrate skateboarding to the opening of an art museum.

Tampere26 has an operating budget of 53.18 million euros for the seven-year period (2021–2027). A group of European experts will choose between Tampere, Oulu and Savonlinna and will declare the winner of the title on June 2, 2021.

Original story was published by Businesswire on 05.03.2021 and can be found here.

Finland has received final offers from the five competitors bidding for the 10 billion- euro-contract to replace its current F-18 Hornet fighter aircraft.

The proposed models are the Boeing F-18 Super Hornet and Lockheed Martin F-35A from the US, Dassault Rafale from France, Eurofighter Typhoon from Britain and the Saab Gripen from Sweden.

The winner will likely be chosen by the end of this year. Finland has over 60 F-18 Hornets, which have been in operation since the early 1990s. The country first began the process of replacing its current fleet in 2014.

Original story was published by Daily Sabah on 29.04.2021 and can be found here.

Finnair has announced that it will collaborate with online food delivery service Foodora to deliver its trademark hand-prepared meals right to customers’ doorsteps.

The airline introduced its Taste of Finnair initiative in a bid to generate extra revenue and enable travel lovers to enjoy first class inflight cuisine on the ground six months ago.

The meals are currently sold by the K-Group at its stores in Helsinki, Espoo, Vantaa, Kauniainen and Järvenpää. The food delivery service with Foodora began this week in Helsinki.

Original story was published by Simple Flying on 03.04.2021 and can be found here.

Yousician snaps up €23.1 million in funding

The Yousician app uses a gamified approach that includes interactive learning techniques to teach people how to play the guitar, ukulele, piano and bass. Users can also learn how to sing through the platform.

Yousician and GuitarTuna attract around 20 million global users every month and generated 41.2 million euros in total revenue in 2020.

Original story was published by EU-Startups on 30.04.2021 and can be found here.

Dispelix, a Finnish company that designs and produces diffractive waveguide AR displays, has received 10 million euros in funding to further its goal to make all-day wearable AR technology a reality.

The company manufactures what it claims are the world’s thinnest and lightest waveguide displays. The funding will go towards developing Dispelix’s full colour Laser Beam Scanning (LBS) projection technology, as well as expanding its global reach.