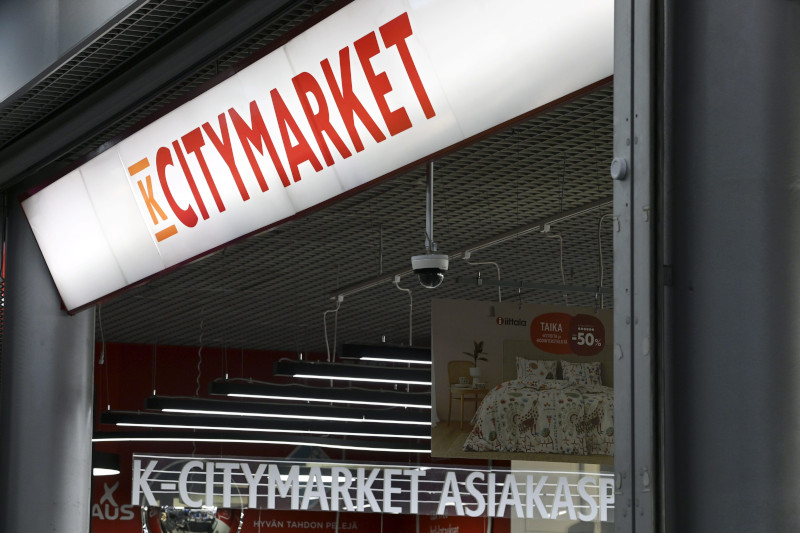 Finnish supermarket chain K-Citymarket hit the headlines this week when it announced plans to establish an onsite brewery at its Vantaa outlet.

According to the retailer, the onsite microbrewery will be the first of its kind in Europe and will manufacture beers under the Rosendahl brand from May onwards.

Store operator Kimmo Sivonen, who has been producing the beers at a different location since 2016, says the idea originated five years ago due to the increasing demand for artisanal and craft beers.

Finnish beverage company YSUB made a splash this week with a creative campaign that drew attention to Finland’s marijuana laws.

The company ran billboards advertising its Herbal Lemon Zen Drink, which reportedly contains CBD (cannabidiol—a key component of marijuana) with a tagline that reads “Not for Sale.”

Current legislation prohibits the company from selling the product online or in stores as the production, use, possession and sale of cannabis is illegal in Finland. YSUB reportedly aims to highlight what it considers discrepancies in the country’s marijuana laws and to tackle the stigma associated with legalisation through its campaign.

The measures Finland has adopted to efficiently curb homelessness also came into focus this week in light of the growing problem of homelessness in San Francisco, US.

Finland’s Housing First policy, which was first adopted by the country in 2008, has decreased homelessness by 40 per cent. The approach includes heavy investments in social housing, that is, permanently affordable apartments.

The country has spent around 350 million euros on Housing First since 2008; however, policymakers argue that it saves taxpayers about 15,000 euros a year due to factors such as decreased hospital visits, police encounters and other social services.

In other news, Finland has launched a website to help residents reduce their carbon footprint of living. The term refers to the emissions resulting from constructing, using and eventually demolishing a house.

The website, called hiilihelppi.fi, was developed by the Finnish Ministry of the Environment. It provides information and advice on how to contribute to the global fight against climate change. The tips are based on the individual’s location and the type of house they live in.

Finland’s status as the world’s happiest country resurfaced once again as one Finn attributed the country’s success in the index to the low expectations of its citizens.

The article’s author cites the concept of “lagom,” a Swedish and Norwegian term which means “just the right amount,” to describe Finnish people’s satisfaction and contentment with basic necessities.

Finnish retailer K-Citymarket is set to launch what they claim will be the first onsite microbrewery in Europe at their store in Tammisto, Vantaa.

The brewery, which will manufacture beers under the Rosendahl brand, will have a total production capacity of 30,000–50,000 litres and will use equipment that has been specifically developed for small-space production.

The limited nature of the batches made in the brewery will enable K-Citymarket to develop and test new products fairly quickly. The brewery will also likely use products from the outlet’s own bakery to reduce food waste.

Original story was published by European Supermarket Magazine on 28.04.2021 and can be found here.

While many countries still struggle with the problem of homelessness, Finland has managed to successfully cut it down in the past decade.

Finland has invested heavily in providing high quality housing for homeless people. It currently has only one 50-bed emergency shelter, while street homelessness is virtually non-existent. The country aims to end homelessness completely by 2027.

In a bid to draw attention to current legislation that bans the use and sale of cannabis in Finland, beverages company YSUB has begun advertising its Zen Drink with 10 mg CBD.

The drink has been featured on 44 billboards around Helsinki with the tagline “Not for Sale.” According to YSUB’s founder, the beverage is ready but cannot be circulated in Finland or any other Nordic countries yet for legal reasons.

The company, which is calling for the legislation to be amended, resorted to creative means to advertise the product after it was prevented from doing so on social media. Customers can sign up for a waiting list for the beverage on YSUB’s website.

Finnish Ministry of the Environment has created a new website called hiilihelppi.fi, which provides detailed information to help people reduce their carbon footprint of living.

The website offers personalised advice based on the individual’s location, type of house and interests to encourage environmentally friendly choices and decrease housing emissions.

Original story was published by TheMayor.eu on 26.04.2021 and can be found here.

Finland topped the World Happiness Report to be declared the happiest country for the fourth consecutive time this year. By several accounts, Finns themselves are skeptical about this victory.

The report uses Gallup polls where people rate the quality of their lives on a scale of one to ten. While living circumstances in Finland are objectively higher than most countries, the disposition of its people, in particular, their realistic expectations, could have played a key role in determining their definition of contentment.