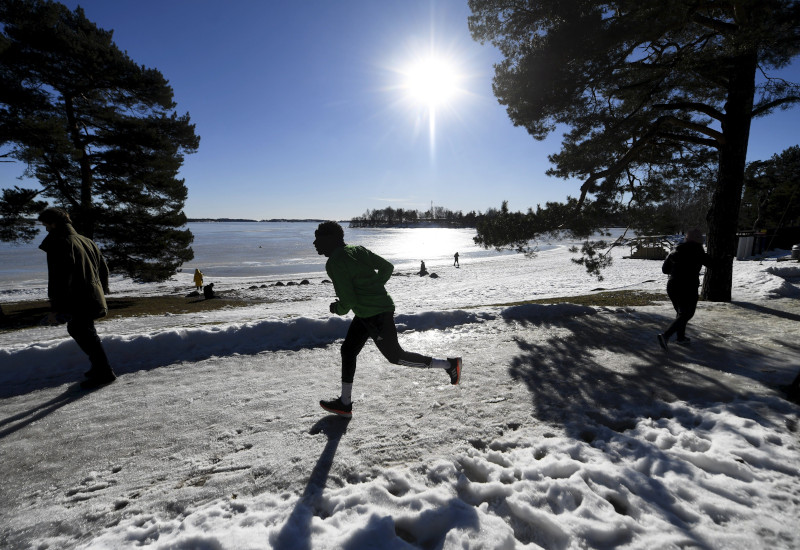 A new study put Finland in the spotlight this week when it was unveiled as the most physically active country during the pandemic.

Published in the Journal of Frontiers in Psychology, the study examined cross-cultural health behaviors and the impact of the COVID-19 crisis on perceived wellbeing. It also analysed how different confinement measures in multiple countries led to differences in health outcomes.

The study included a survey distributed across the UK, South Korea, Finland, the Philippines, Latin American countries, Spain, North America and Italy. Finnish participants scored the highest in physical health categories, while those from the UK scored the lowest.

The Finnish Food Workers’ Union also caught the attention of news desks this week when it called for consumers to boycott a beer produced in Estonia.

The beer, Keijo, is owned by a small brewery in Kontula, Helsinki, and first appeared in Finnish grocery stores last month. While the beverage is marketed and sold in Finland, it is produced in the A. Le Coq factory in the Estonian city of Tartu.

The Finnish Food Workers' Union allege that the beer’s name could be misleading as it mentions the Finland-based brewery. They recommend consumers switch to locally produced beverages to help preserve jobs in the country.

A Finnish anti-bullying programme is set to be tested by multiple primary schools based in the UK. The KiVa programme, which was developed at the University of Turku, will debut at St Joseph’s Catholic Primary School in Carterton, England, among others.

The trial is part of the Stand Together project that will assess the effectiveness of KiVa, which is currently used in over 90 per cent of public primary schools in Finland.

Around 120 schools across the UK will participate in the project. Based on random selection, half the schools will adopt the KiVa programme and the other half will continue to implement standard anti-bullying strategies.

In other news, Finnish financial institution Finnvera has signed an agreement with the European Investment Bank (EIB) group that will enable the former to grant 650 million euros worth of financing to Finnish companies.

Finnvera will join the Pan-European Guarantee Fund (EGF) programme of the EIB. The EGF comprises 25 billion euros in guarantees by EU member states and is set to raise an additional 200 billion euros in investments for European companies.

Finland’s school meal programme also came into focus this week with articles highlighting the benefits of free meals and their role in children’s welfare.

The state currently provides free meals to 900,000 school-going children (between the ages of six and sixteen) across the country.

Finland wins title of most physically active country during the pandemic

According to a new study published in the Journal of Frontiers in Psychology, Finland is the country with the most physically active residents since the COVID-19 crisis began.

The study is based on a survey that was distributed across multiple countries during the first stages of the pandemic. It had a total of 1,131 participants. Increased physical activity was linked to better mental health, sleep and physical wellbeing.

Participants from Finland registered the highest scores in physical health. Those in Latin American countries were reportedly most affected by mental health and emotional issues, while South Koreans were the least affected.

Original story was published by Theravive on 06.04.2021 and can be found here.

The Finnish Food Workers’ Union has called for a boycott on a beer produced in Estonia on social media. The new beer, named Keijo, is a product of Kontula Brewery in Helsinki.

While the lager is produced in Tartu, Estonia, it is Finnish-owned, with the product development, storage, marketing and sales all taking place in Finland.

Although the brewery has openly stated where the beverage is made, the Finnish Food Workers’ Union claims the brand name could confuse customers as it clearly refers to Kontula. The union has previously called for boycotts on Fazer's Runeberg tarts made in Latvia and Sisu lozenges produced in Italy.

Original story was published by The Baltic Times on 05.04.2021 and can be found here.

Finnish anti-bullying programme to be tested in UK schools

Numerous schools across the UK have enrolled in the Stand Together research project, which seeks to determine whether KiVa, an anti-bullying programme developed in Finland, is better than the region’s current strategies.

KiVa comprises three key elements: prevention, intervention and monitoring, and is based on extensive research. The programme has proved effective at reducing bullying and improving the mental wellbeing of students in Finland.

The Stand Together trial will help decide whether the KiVa programme should be introduced in primary schools in the UK.

Original story was published by Oxford Mail on 06.04.2021 and can be found here.

Finnvera signs up for 650-million-euro loan for Finnish companies

Finnvera, a state-owned specialised financing company, has signed an agreement with the European Investment Bank (EIB) for a guarantee programme that will enable 650 million euros in investment loans for large enterprises.

Working with the EIB will allow Finnvera to utilise EU funding to support Finnish companies during and after the COVID- 19 pandemic.

Original story was published by Devdiscourse on 06.04.2021 and can be found here.

Finland has been a pioneer of free school meals, which were first introduced in the country during World War 2. All students in pre-primary, basic and upper secondary schools are entitled to a full, nutritionally balanced meal that is free of charge.

The meal is seen as an important tool for students to learn about food and nutrition. The COVID-19 crisis introduced new challenges as schools had to adapt and organise meals for distance learning students.

However, the Left Alliance political party plans to take the school meal programme a step further by introducing free breakfasts for students in the near future.