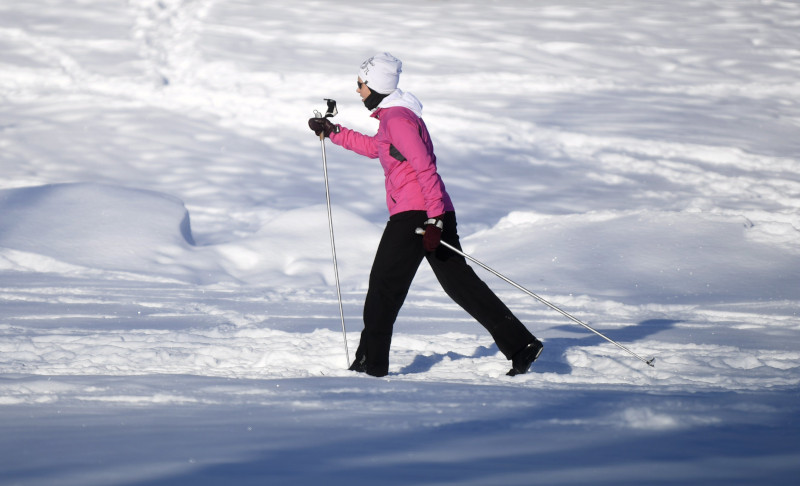 The Finnish town of Salla made headlines this week when it launched a bid to host the 2032 Summer Olympics. Located in Lapland, temperatures in what is sometimes called Finland’s coldest town often drop to -50℃.

The bid is actually a humorous attempt to draw attention to the effects of climate change. The video depicts residents playing summer sports such as beach volleyball and swimming in winter conditions.

It holds a clear warning about the dangers of global warming. If Salla is a suitable location for the Summer Olympics in 12 years time, efforts to contain climate change will have obviously failed.

The city of Lahti was also in the news this week for introducing the world’s first urban ski sharing initiative.

The Southern Finland city, which currently holds the title of European Green Capital 2021, launched the scheme as part of its efforts to reduce its carbon footprint.

City Skis resembles urban bike sharing schemes and will function in the same way. The skis can be borrowed and returned from pick-up and drop-off points across the city.

The city recently concluded a new round of internal innovation trials through its experimentation accelerator. First launched in 2019, the experiment accelerator is a project that encourages employees to suggest short duration experiments that use AI.

Helsinki’s AI register records the digital solutions that are implemented permanently. The register was introduced in September and specifies how the technology is used in various city services.

In other news, data from speedrun.com, a website that features gaming leaderboards, indicates that Finns are the best virtual drivers in the world.

Estonia followed close behind at second place, while New Zealand came third. The rankings include driving game titles dating back to 1973 for an authentic reflection of global virtual driving skills.

Finland’s geothermal goals also received some attention this week. The country is home to the world’s deepest geothermal well, located in Otaniemi, Espoo.

The Finnish government is seeking to use geothermal energy for heating to help it achieve its ambitious target of becoming carbon neutral by 2035—15 years earlier than the EU’s Green Deal target.

The Finnish town of Salla released a tongue-in-cheek promotional video as part of their campaign to host the Olympics this week.

The video uses satire to outline the dangers of climate change. The mayor and face of the campaign, Erkki Parkkinen has stated that the town wants “winters to be like they used to be, real winters.”

The official website for Salla 2032 features a logo with melting mountains and Olympic rings that resemble pulsing suns. Its mascot is a reindeer suffering from heat exhaustion.

Original story was published by The Guardian on 26.01.2021 and can be found here.

Lahti, known as the unofficial skiing capital of Finland, has launched the world’s first urban ski sharing initiative in a bid to promote emissions-free modes of transport.

The city, which has succeeded in reducing its greenhouse gas emissions by 70 per cent compared to 1990 levels, has added new skiing trails to support the scheme.

It currently has 180 km of cross country skiing trails and has hosted the FIS Nordic World Ski Championships seven times so far. There are three ski sharing points in the city, two in the city centre and one near the ski stadium.

Original story was published by Independent on 26.01.2021 and can be found here.

The capital city is accelerating its use of AI and robotics to increase efficiency. Through the experimentation accelerator project, it has been testing new uses of the technologies in services such as student data management.

The aim of the initiative is to support innovation and the city seeks to find ways to scale new ideas to suit the production of multiple city services.

The project has received 60 trial suggestions from city employees over two campaign rounds. Out of these, seventeen made it to the trial phase and received €10,000 in funding.

Original story was published by Cities Today on 01.02.2021 and can be found here.

Finnish gamers ranked first in a global list of virtual drivers, attaining the highest number of achievements per capita. These achievements include high scores, fastest laps and completion times in driving and racing games.

The list, published by Pentagon Motor Group, also reveals which countries excel at popular racing game franchises. Dutch gamers top the rankings for Mario Kart, while Japanese players are best at the F1 series and Estonians outshine others at Grand Theft Auto.

Finland, which has a strong gaming culture, also won first place for The Simpsons: Hit and Run title.

Original story was published by Tech Digest on 01.02.2021 and can be found here.

Finnish government to use geothermal energy to cut carbon emissions

Espoo currently houses the deepest geothermal borehole ever made. Operators are presently able to penetrate a depth of 6 km and aim to use the project to produce district heating for the city from mid-2021.

The output would be enough to meet 10 per cent of Espoo’s heating requirements. While geothermal energy has received criticism in the past owing to microquakes, it promises high efficiency and low emissions.

Original story was published by Think Geoenergy on 01.02.2021 and can be found here.