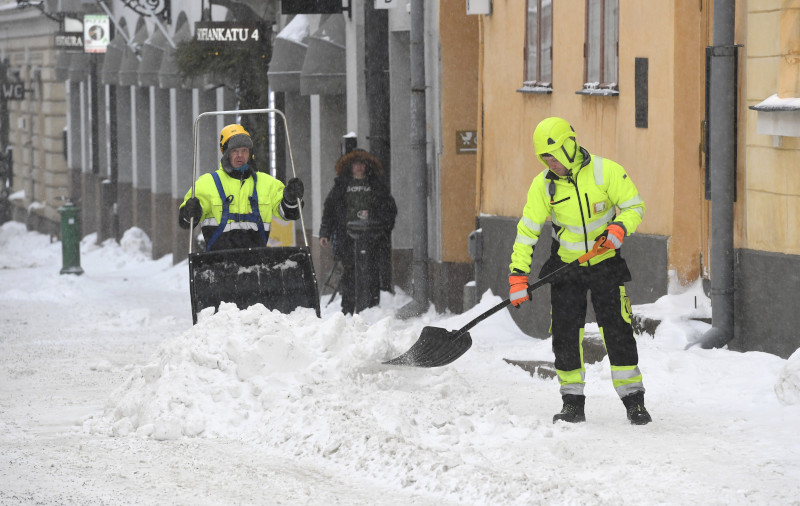 The city was barely inconvenienced when faced with a blizzard last week, unlike other countries in Europe, which have struggled to cope with the icy weather this month.

An effective warning system and hardworking street maintenance staff ensure that the city’s schools, businesses and public services remain open even during a snowstorm.

Quantum computers—machines that utilise quantum mechanics to perform computations—are an emerging technology that many believe will eventually outperform supercomputers.

The project has received 20.7 million euros in funding from the Finnish government, and aims to develop a 50-qubit machine by 2024 (a qubit or quantum bit is the basic unit of memory of a quantum computer).

Sports desks reported that Finland will host two new World Rally Championship (WRC) events this year. While Rally Sweden has been cancelled due to coronavirus concerns, motorsports enthusiasts in the country will not be disappointed owing to the new series.

The first event will be the Arctic Rally Finland, which will take place near the city of Rovaniemi. The second will follow later in the year in warmer temperatures.

Representatives from WRC have stated that the events were made possible with the help of Finnish motorsport association AKK, the city of Rovaniemi and local rally fans.

In other news, Norway plans to keep its borders with Finland closed for the time being. The country began mandatory COVID-19 testing at border crossings on Monday.

Officials have stated that limited capacity for testing in the Finnmark region has made it necessary to block off some cross-border roads. Norway currently has one of the strictest border crossing policies in Europe.

Additionally, a consortium of Finnish companies—namely, Wärtsilä Finland, Vaasan Sähkö, EPV Energia and the City of Vaasa—have announced that they are working together on a project that will use wind and hydrogen to generate electricity.

The project will be based in Vaasa (Western Finland) and will focus on developing a Power-to-X-to-Power solution (wind-to-hydrogen-to-electricity) which can be exported.

Stara, Helsinki’s street maintenance wing, has been commended for its diligent work clearing snow during icy conditions, enabling the city to function even during a blizzard.

The 400 winter maintenance workers laboured upto 16 hours a day ploughing the streets in last week’s three-day snowstorm, which brought in 60 cm of snow.

Helsinki currently has a winter maintenance budget of 25 million euros. The city is seeking to replace ploughing with a more energy-efficient method of snow removal, and has urged innovators to recommend new approaches.

State-owned VTT will finance the project with a government grant of 20.7 million euros. The computer will be built at a dedicated facility in Espoo at Micronova, a research and development centre jointly operated by VTT and Aalto University.

The tech company and university are also collaborating on a project to develop a detector for measuring energy quanta, which could further strengthen Finland’s quantum capabilities.

Original article was published by Computer Weekly on 15.01.2021 and can be found here.

Two new rally events to be held in Finland

Finland will host two new WRC events this year. The first, Arctic Rally Finland, will be held from 26–28 February in Rovaniemi. The second will be held later in the year.

The event, which will cover 260 km, includes a traditional shakedown followed by opening special stages on Friday, three stages which will be repeated on Saturday and a final “Power Stage” on Sunday.

The event will follow stringent COVID-19 regulations, which means that fans may not be allowed to attend.

Original article was published by Jalopnik on 16.01.2021 and can be found here.

Norway plans to keep Neiden, its northernmost border crossing with Finland, shut till further notice. The government has also announced plans to close an additional six border crossings (primarily borders with Sweden in the South).

While the Utsjoki road crossing remains closed, travellers from Finland can still enter Norway via Tana (Polmak/Nourgam), Karasjok (Karigasniemi) and Kautokeino (Kivilompolo), where mandatory testing stations have been made available.

Original article was published by The Barents Observer on 17.01.2021 and can be found here.

Wärtsilä Finland, Vaasan Sähkö, EPV Energia and the City of Vaasa have teamed up to develop an emission-free, hydrogen-based solution for applications in industry, traffic and power generation.

The consortium seeks to use wind power to generate hydrogen, which will then be stored and used to produce electricity in Wärtsilä’s engine power plant.

Original article was published by Hydrogen View on 15.01.2021 and can be found here.