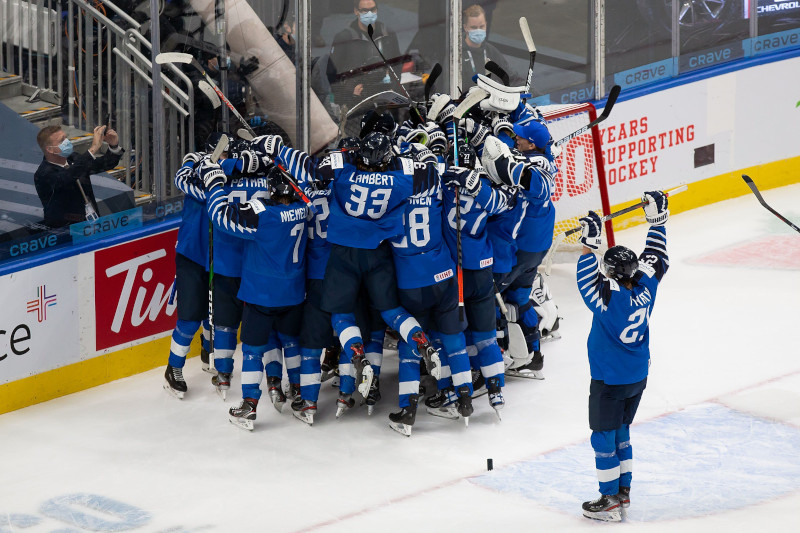 Finland’s performance at the 2021 World Junior Ice Hockey Championships drew significant attention from the global press this week. After suffering a heartbreaking defeat against the U.S., the team rallied to beat Russia and win the bronze medal on Tuesday.

While Russia initially gained a 0-1 lead less than seven minutes into the game, the Finns came back with four unanswered goals.

This marks the first time the country has won the bronze since 2006. The US defeated Canada to win the gold medal on the same night.

An announcement by the Finnish customs authority (Tulli) also made headlines this week, with officials revealing that they aim to sell bitcoin seized in 2016, which is now worth over $75 million.

Most of the bitcoin was confiscated with the arrest of darknet drug dealer Douppikauppa. Tulli has stated that it will either sell the cryptocurrency itself or through a broker.

Plans to sell the bitcoin fell through in 2018 as authorities were concerned that the money would end up being circulated by drug traders once again.

International papers also revealed that the European Union (EU) has given Finland a grant of 3 million euros to boost the export of meat to the Chinese market.

The grant is aimed at financing a campaign that will highlight the benefits of obtaining high-quality pork and poultry produced in the EU and Finland.

The campaign will primarily target Chinese customers of local as well as international retail and food service companies in four major cities in China.

Finland’s dependence on fossil fuel was also brought into question this week. While the country has set itself the ambitious target of going completely carbon neutral by 2035, it relies heavily on peat for fuel as well as jobs.

Finland’s peat industry is state-supported, and contributes to the creation of carbon in the atmosphere.

Despite the diligent efforts of environmentalists, peat could stand in the way of the country achieving its carbon-cutting goals.

In other news, the Finnish parliament has passed a new telecoms law which will enable authorities to ban 5G equipment on security grounds.

The new law is aimed at boosting national defense against cyber attacks and espionage attempts on communications networks.

Juuso Parssinen earned the team another point while Mikko Petman scored the winning goal, propelling Finland to a victory of 4-1.

This is the fourth medal the team has won in eight years, the other three being golds. Finland lost the bronze medal to Sweden last year.

Original article was published by Sporting News on 05.01.2021 and can be found here.

Finnish customs plans to sell over $75 million worth of bitcoin

Finnish customs officials are looking to sell 1,981 bitcoins. The bitcoins were valued at $860,000 at the time they were seized from drug traders in 2016, and are now worth more than $75 million.

The agency wishes to cash in on the assets as soon as possible. The earnings received from the transactions will be handed over to the Ministry of Finance.

Bitcoin prices fluctuate greatly, but have soared in recent years. The cryptocurrency is currently trading at above $38,000.

Original article was published by The Block on 07.01.2021 and can be found here.

The EU has granted Finland 3 million euros to finance a project that will promote the export of meat produced in Europe and Finland to Chinese customers in the cities of Beijing, Shanghai, Zhengzhou and Chongqing.

The campaign will highlight the safety, traceability and taste of pork and poultry—meats frequently used in Chinese cuisine—which have been responsibly produced.

Ruokatieto Yhdistys ry, a Finnish non-profit organisation that promotes food production and culture in Finland, will execute the project.

Original article was published by ScandAsia on 04.01.2021 and can be found here.

Finland’s dependence on peat could hamper its climate goals

A wide array of government initiatives such as nature conservation and investment in public transport, coupled with the hard work and innovation of local climate change warriors, is proof that Finland is committed to its mission to become carbon neutral.

However, large tracts of land in the country are still used for the industrialised extraction of peat, which releases carbon into the atmosphere when it is burned for energy.

Original article was published by Al Jazeera on 07.01.2021 and can be found here.

Finland has passed a new law to exclude network gear which has the potential to “endanger national security or defense.” Unlike Sweden, which has banned Huawei and ZTE from 5G buildouts, the Finnish legislature does not mention any vendors by name.

The regulations only apply to the key network assets. The Finnish Transport and Communications Agency will be responsible for determining what constitutes the critical parts of the network in terms of national security.

Original story was published by Bloomberg on 07.01.2021 and can be found here.