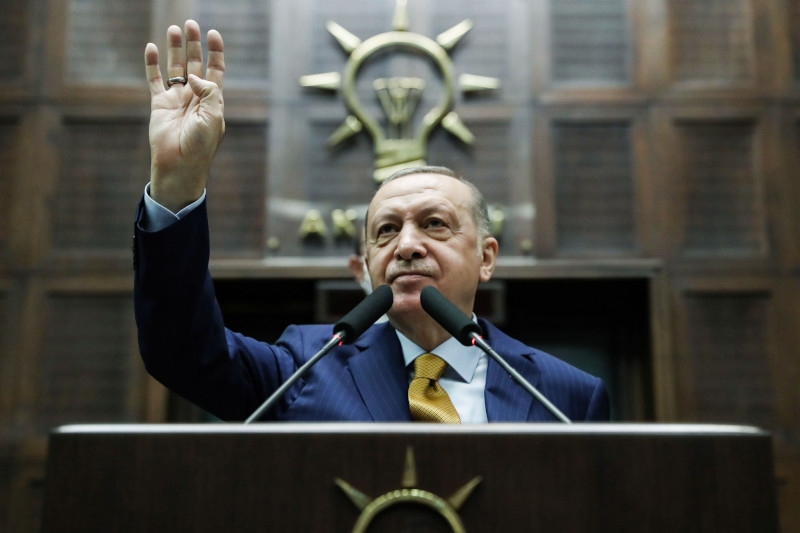 A scheme offering foreign professionals the opportunity to live in Finland for a fixed time received substantial international coverage this week as it garnered thousands of applications.

Helsinki Business Hub, an international trade and investment promotion agency based in the Finnish capital region, launched the “90 Day Finn” programme in November. The programme enables U.S. tech specialists and their families to relocate to Finland for a period of 90 days.

The scheme, which covers documentation, healthcare and housing for the foreign nationals, received more than 5,300 applications and is now closed.

International papers also covered how critics of Turkish President Recep Tayyip Erdoğan in Finland were named in a terrorism probe conducted by a Turkish prosecutor.

According to judicial documents, the Turkish embassy in Finland monitored Turkish as well as Finnish citizens that were believed to be associated with the Gülen/Hizmet movement, which is strongly critical of Erdoğan.

Despite any concrete evidence, the information acquired during this surveillance was used to charge those profiled with “membership in a terrorist group.”

In other news, Finland reported multiple outbreaks of salmonella last week, linked to food served at schools and daycare centres.

The first infection was identified in the city of Rovaniemi. While the source of the outbreak was not found, it affected 20 people. Officials from the city also reported a suspected outbreak at the beginning of December.

A separate case of salmonella poisoning occurred in Mikkeli (Eastern Finland) and was traced to contaminated zucchini from Spain.

Newspapers also analysed the role of Finnish telecom giant Nokia in the 5G revolution. Current CEO Pekka Lundmark faces the task of turning the company’s fortunes around by ensuring it can compete with Chinese multinational company Huawei Technologies Co. Ltd.

Nokia, Huawei and Swedish communication technology company Ericsson AB control around 60 per cent of the telecoms equipment market, which is currently estimated at $90 billion.

International news outlets also covered the decision of the Finnish Ministry of the Interior to increase the prices of applications for citizenship and residence permits.

The Ministry sets the processing fees for all applications submitted to the Finnish Immigration Service by a decree every year.

Thousands rush to be a Finn for 90 days

In a bid to attract foreign talent to Finland, the Helsinki Business Hub offered tech professionals the chance to live like a Finn for 90 days, arranging for everything from housing to daycare.

The scheme is meant to highlight the work-life balance that is unique to Finland and was specifically targeted at Americans. Applications poured in from across the world, reaching more than 5,300 in a month.

The team at Helsinki Business Hub has said that they found the response overwhelming. Around 30 per cent of applications were from the US or Canada. Approximately 16 per cent of the applicants were entrepreneurs, while 12 per cent were unemployed at the time.

Original article was published in Evening Standard on 27.12.2020 and can be found here.

Turkish prosecutor Adem Akıncı used information gathered from surveilling numerous Turkish educators, members of local associations and businessmen living in Finland for a criminal indictment with a charge of terrorism.

The basis of the investigation was intelligence that had been collected at the Turkish embassy in Helsinki between 2016 and 2018. In July 2019, the Finnish Interpol service rejected a request from the Turkish government to arrest and deport a prominent Turkish businessman living in Finland.

In February 2020, the foreign minister of Turkey admitted that the government systematically spies on its critics even when on foreign soil.

Original article was published by Nordic Monitor on 26.12.2020 and can be found here.

Two outbreaks of salmonella reported in Finland in one month

Two separate instances of food poisoning caused by salmonella were reported in Finland in one month. The first incident in Rovaniemi led to 20 illnesses while the second in Mikkeli led to eight illnesses and was linked to contaminated zucchini from Spain that was used in a salad.

In Rovaniemi, the salmonella was traced to items provided by the central kitchen, which supplied food to over 40 schools and kindergartens between 13–20 November.

According to the Finnish Institute for Health and Welfare (THL) the cases were unrelated and involved two different strains of bacteria.

Original article was published by Food Safety News on 24.12.2020 and can be found here.

Pressure on Nokia to make a mark in the 5G market

China-based Huawei is currently the largest producer of telecoms equipment; however, its close ties to the Chinese government have caused security concerns, leading to restrictions on its equipment in several countries.

Despite the obstacles faced by this key competitor and significant investments in 5G networks, Nokia is still facing decreasing market share and revenue owing to a series of questionable investment decisions regarding the new technology.

As mobile carriers generally opt for at least two wireless network suppliers, Ericsson’s equipment alone would not be enough for providing 5G in countries that have banned Huawei. This creates a promising opportunity for Nokia.

Original article was published in Yahoo Finance on 29.12.2020 and can be found here.

The Finnish Ministry of the Interior has announced that prices will increase for several immigration services, including processing for citizenship and residence permit applications. The new prices will become effective from 1 January 2021.

The rise in prices will not affect students, and fees for electronic residence permit applications for employees as well as entrepreneurs will remain the same.

Original article was published by Schengen News on 29.12.2020 and can be found here.