The club, which was formed in 1993 and is based in Rovaniemi, enjoys a large fanbase among local as well as global audiences.

While the team has not met with much success on the field and is currently in the fourth division of the league, it is known for its festive spirit.

The country’s centuries-old sauna culture also drew international attention this week when it was added to UNESCO’s heritage list.

Saunas have a long and unique history in Finland, where they are regarded as a sacred, meditative space for more than just relaxation. For Finns, the sauna is an integral part of daily life, and serves as a method of cleansing both body and mind.

The space was traditionally used for birthing as well as administering the last rites after a death. Finland also hosted a sauna endurance world championship for 11 years until 2010 (the event was discontinued due to the death of a contestant).

Newspapers also covered Finland’s innovative use of wood, highlighting the various ways the country has taken advantage of the material, which is an abundantly available resource.

Finland is home to more than half of Europe’s protected forests, and several industries—from textiles to tech—have been using wood as a sustainable solution to replace plastic and reduce waste.

Numerous public buildings such as schools are constructed using timber, while 80 per cent of detached houses in the country have a wooden frame.

It is the first vodka to be made from barley that has been regeneratively farmed.  Regenerative agriculture is a rehabilitative and holistic approach to cultivation that focuses on soil health and regeneration while protecting biodiversity.

In other news, Finland and Saudi Arabia have signed a memorandum of understanding (MoU) to prevent infection by improving indoor hygiene standards.

The deal is part of the IHMEC (indoor hygiene solutions to the Middle East construction market) project, which encourages cooperation and knowledge sharing between researchers and companies from Finland, Sweden and Estonia and the Middle East to help prevent and control infections. 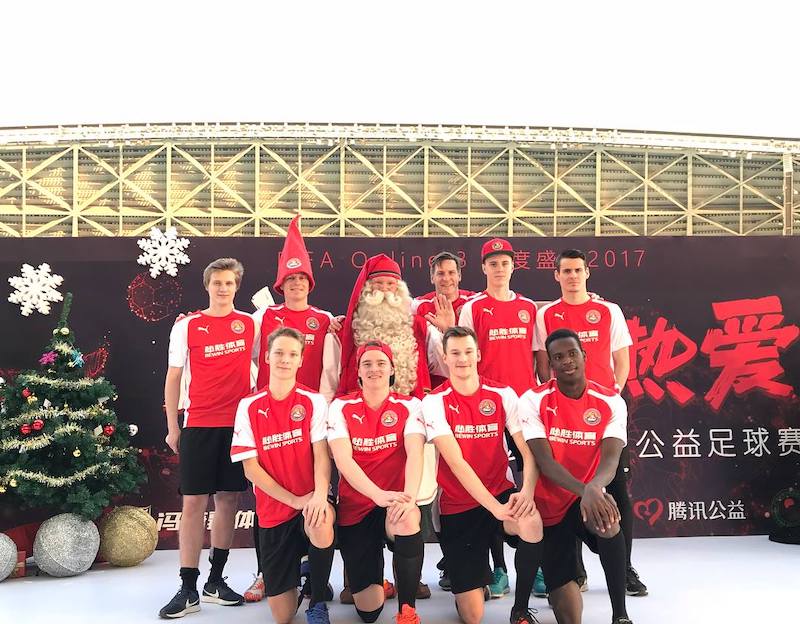 FC Santa Claus, the official football club of Santa Claus, has won the hearts of sports enthusiasts everywhere owing to its positive message and Christmas-centred values.

German football coach Ralf Wunderlich recently took charge of the team, which he has described as “open-minded.” According to Wunderlich, FC Santa Claus displays none of the negativity otherwise found in the sport.

The snow and limited daylight make Lapland a particularly challenging location for football and players often have to travel great distances. Nevertheless, the team remains cheerful and upbeat as they represent the spirit of Christmas and Santa Claus.

The Finnish practice of relaxing in hot, steam-filled rooms was added to the UN agency for science and culture’s world heritage list last week.

A tradition dating back hundreds of years, the sauna has significant cultural importance in the country, and has served as a site for contemplation, social bonding and even political diplomacy for decades.

Finland has an estimated three million saunas. They are commonly found in homes, buildings and public swimming pools. Alternating between the steam bath and a dip in ice water is a popular ritual in winter. Finns often regard the sauna as playing a key role in their health and wellbeing.

Original article was published by The Straits Times on 18.12.2020 and can be found here.

A number of companies based in Finland have started using wood as a means of reducing pollution and improving sustainability.

Other Finnish companies that make innovative use of the material include Woodly, Paptic, and Spinnova.

Original article was published by PR Newswire on 16.12.2020 and can be found here.

Finnish state-owned corporation Altia, in cooperation with Southern Finland-based farmer Jari Eerola and BSAG, has developed the first vodka in the world to be completely made from regeneratively farmed barley.

The vodka is known as Koskenkorva Vodka Climate Action. The manufacturing process also results in a barley by-product that can be used as liquid feed for the pig sector. The vodka will be available for purchase early next year.

Original article was published by Feed Navigator on 17.12.2020 and can be found here.

Saudi Arabia-based Al-Dawaa Medical Services Company has signed an MoU with the University of Turku and Satakunta University to facilitate knowledge transfer partnerships and scientific support in the field of infection prevention, particularly by applying indoor hygiene solutions.

The ceremony took place at the Finnish Embassy in Riyadh last week. Ambassador of Finland in Riyadh Antti Rytövuori also honoured four Saudi scientists on behalf of the universities for their achievements in infection prevention and public health safety.

Original article was published by Arab News on 18.12.2020 and can be found here.