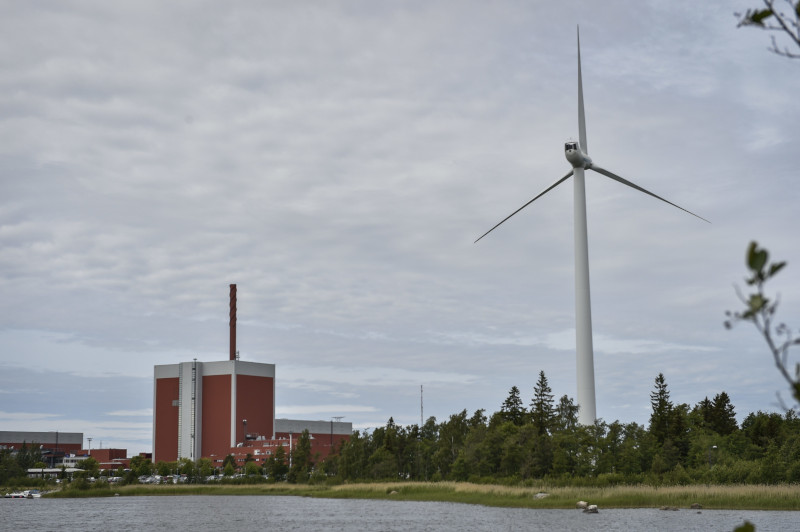 Onkalo, Finland’s spent fuel repository, made headlines this week when the director-general of the International Atomic Energy Agency called the project a game-changer for the nuclear industry.

Onkalo will be the world’s first deep geological repository for spent nuclear fuel. It is currently under construction in Eurajoki, West Finland, and will be situated close to the Olkiluoto Nuclear Power Plant.

Spent nuclear fuel (fuel that has been irradiated in a nuclear reactor) from all the country’s nuclear reactors will be stored in the repository for thousands of years as a means of final disposal.

A surprising development in Finland’s GDP also captured the attention of international news outlets this week. According to Statistics Finland, the country witnessed a 3.3 percent growth in GDP over the third quarter.

This is considerably more than the previous estimates of 2.6 percent. Statistics Finland also revised earlier assessments about the COVID-19-induced decline in GDP in the second quarter, from 4.5 percent to 3.9 percent.

The previous estimate would have still been the lowest drop in GDP among eurozone economies, according to Eurostat.

Meanwhile, Greece has expressed disapproval of Finland’s relationship with Turkey, calling the former’s cooperation with Turkey at the U.N. “disappointing.”

This week, the Greek ambassador to Finland provided a strongly worded statement to a Finnish newspaper, condemning the country’s public support of Turkey.

Turkey and Finland are currently joint administrators of the U.N. Group of Friends of Mediation, an organisation with the stated aim of promoting the use of mediation to settle disputes peacefully.

Finland has proved to be a land of opportunities for female football coaches, with a growing number of women taking on the role over the last few years.

The new movement is supported by veterans such as Anna Signeul, who has helped the Finland women’s national football team gain ground in the ongoing Women’s Euro 2022 qualifiers.

Finnish power company Flexens was also in the news for its ongoing experiments with green hydrogen. The company is conducting a study on using hydrogen produced from renewable energy to fuel ferries in the Åland archipelago.

The hydrogen would be generated using wind energy from Åland, thereby enabling production costs similar to that of fossil fuels.

Director-General of the International Atomic Energy Agency Rafael Mariano Grossi has praised the Onkalo spent nuclear fuel repository, which will be the first of its kind once completed.

Grossi stated that while the concept of using a geological repository for high-level radioactive nuclear waste is not new, Finland is the first country to put it into practice.

The repository is approximately 450 metres below ground level, and will be based on the KBS-3 method of nuclear waste disposal developed by the Swedish Nuclear Fuel and Waste Management Company (SKB).

The original article was published by the International Atomic Energy Agency (IAEA) on 26.11.2020 and can be found here.

An unexpected boost for Finland’s GDP

According to Statistics Finland, the country witnessed a 3.3 percent rise in economic output in the third quarter, exceeding earlier estimates of a 2.6 percent rise.

Finland’s GDP declined 2.7 percent year-on-year in the third quarter, as per Statistics Finland. While the country’s consumer confidence index recovered to reach -4.8 points in November, it stayed below its long-term average level of -1.8 points.

Economists have called the new estimate a promising sign; however, manufacturers remain pessimistic about production expectations for the next few months.

The original article was published by Reuters on 27.11.2020 and can be found here.

The Greek ambassador to Finland has said that Greece finds the continued cooperation between Finland and Turkey disappointing.

In an interview with Swedish language newspaper Hufvudstadsbladet, Georgios Ayfantis said that Finland’s position on Turkey has “shocked” him and his colleagues in Athens.

Turkey and Finland collaborated to launch the Mediation for Peace initiative, which currently includes 52 countries and eight organisations, at the U.N. in 2010. Greece and Turkey are currently engaged in disputes over hydrocarbon resources in the Mediterranean.

The original article was published by Daily Sabah on 01.12.2020 and can be found here.

Accompanied by the exponential rise in female football players in recent years, a growing number of women in Finland have acquired football coaching diplomas.

Support from organisations such as UEFA and the Football Association of Finland, which provide scholarships and programmes for female coaches, has led to fewer barriers for women in the field.

Finland goalkeeper Tinja-Riikka Korpela and other members of the national women’s team have recently completed coaching courses. There has also been a significant increase in the number of sign-ups for the Pro, A, and C license programmes in the last four years.

A renewable energy project in Finland aims to develop a commercially viable hydrogen-based technology to power ferries. Power company Flexens is working with the Government of Åland to advance the project, which will utilise wind farms to produce hydrogen that will then be used in fuel cells.

Åland is highly reliant on ferries and offers ideal conditions for wind energy. The first applications of the technology are projected to be ready by 2024.

The original article was published by The Maritime Executive on 27.11.2020 and can be found here.