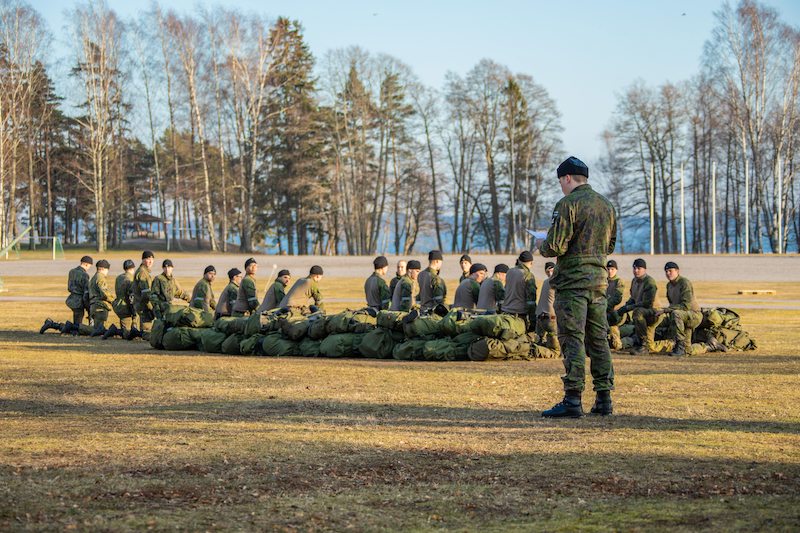 The Finnish military was the target of international criticism this week for using a training manual that described homosexuality as an “obstacle” to service and categorised it as a mental disorder.

A report by the Finnish Parliamentary Ombudsman attributes the controversial material to the Centre for Military Medicine, which is responsible for the health of conscripts and the Finnish Defence Forces personnel. The Defence Command maintained that the military does not consider homosexuality to be a mental illness.

Lapland’s attempts at a Covid-proof Christmas also made international news this week. Finland will institute a new set of quarantine guidelines from 23 November, which will allow tourists with a Schengen visa to visit the country for 72 hours, as long as they test negative for the coronavirus 72 hours before arrival.

Tourism operators across Finnish Lapland have formulated a new travel model aimed at upholding current health and safety standards while simultaneously ensuring an enjoyable stay for the limited amount of time afforded to visitors.

Finland also gained international attention when a new study revealed that monkeys at the Korkeasaari Zoo in Helsinki prefer traffic noises to the sounds of nature. The study centred on the relationship between technology and animals in captivity.

Researchers installed a tunnel fitted with sensors at the white-faced saki monkey enclosure. The monkeys were able to choose from a variety of playlists which included various music, jungle noises and the sounds of traffic and showed a distinct preference for the traffic playlist.

In another key study conducted in Finland, researchers found that conflicts with teachers in kindergarten could have a direct impact on children’s learning, lowering their interest in reading and mathematics.

In other news, Russia has moved one of its most powerful electronic warfare systems close to the Finnish border. This system, termed Murmansk-BN, is specifically designed to disrupt high-frequency satellite communications such as the ones used by the United States and the UN.

Finland’s relationship with Myanmar was also in the limelight this week, as the former is funding Myanmar’s School of Politics, which provides training to politicians from various backgrounds in the country, facilitating multi-party dialogue.

The country’s armed forces have attempted to make amends this week after they received backlash for using a training manual which stated that sexual orientation, namely homosexuality, is an “obstacle” to full military service.

The training material was issued by the Centre for Military Medicine. A report by the Finnish Parliamentary Ombudsman observed that homosexual cadets are advised to select the C category fitness check, which would enable them to opt out of peacetime military service and group them with recruits that have mental disorders.

The Ombudsman concluded that the material was discriminatory. In response, the Defence Command asserted that homosexuality should not be grounds for inclusion in the C category. The offending sections of the manual have since been removed.

Original article was published by Pink News on 8.11.2020 and can be found here.

Tourism operators in Lapland have been working with the government to develop a new travel model that will attract tourists while also preventing the spread of COVID- 19.

Finland will implement new quarantine regulations from 23 November, which will allow tourists from Europe and Schengen visa nations to visit the country for a period of 72 hours without quarantine, provided they have proof that they tested negative for the virus 72 hours before.

Longer trips would require self-isolation and an additional test. Outdoor activities will make it easier to maintain social distancing, while in the Santa Clause Village in Rovaniemi, Santa will be kept at a safe distance behind a plexiglass and his elves will use PPE.

A new study conducted at the Korkeasaari Zoo in Finland found that white-faced saki monkeys prefer the sounds of traffic to those of nature, music or falling rain. The monkeys were allowed to choose from different playlists in a tunnel fitted with sensors which was installed in their enclosure.

The monkeys displayed an inclination for the traffic playlist, which also induced them to sleep or groom each other, unlike the other playlists. Researchers believe that these sounds are similar to those made by the monkeys when they communicate, and hope that the findings will persuade zoos to provide additional stimuli to improve the wellbeing of captive animals.

Original article was published by Sky News on 7.11.2020 and can be found here.

A new Finnish study has found that the quality of teacher-student interactions could predict pre-academic literacy and mathematical skills. The findings indicate that teacher-perceived conflict in kindergarten results in negative emotions for the child, reducing their interest in math and reading.

Kindergarten is a crucial time for children to develop essential skills and patterns of engagement that impact later academic experiences. The study included 461 Finnish kindergarteners and their teachers (48) and is part of the Teacher Stress Study at the University of Jyväskylä.

Russia is moving the Murmansk-BN, one of its most powerful long-range communications jamming systems, to military bases located close to its border with Finland.

The Murmansk-BN system can intercept signals and conduct radio reconnaissance along the short-wave range upto a distance of 5,000 km. The strategic electronic warfare system can disrupt high-frequency communications such as those used by the United States’ High Frequency Global Communications System.

Original article was published by Defence Blog on 7.11.2020 and can be found here.

Finland is funding the Myanmar School of Politics (MySoP), which provides training to political representatives from multiple parties and backgrounds in Myanmar. The training is aimed at strengthening their democratic role and teaching them how to work together.

The funding will be provided through Political Parties of Finland for Democracy (Demo Finland). More than 200 alumni of MySoP representing 37 different political parties are expected to run in Myanmar’s general elections.

Original article was published by ScandAsia on 8.11.2020 and can be found here.